The Department of Veterans Affairs will not continue deployment activities for its new electronic health record at a second site until it’s completed a strategic review of the program and shared the results with Congress, agency officials told lawmakers Wednesday.

VA is supposed to deploy the EHR, which is based on Cerner’s Millennium suite, to a second site in Columbus, Ohio.

But VA employees who are using the EHR at the agency’s first go-live site...

The Department of Veterans Affairs will not continue deployment activities for its new electronic health record at a second site until it’s completed a strategic review of the program and shared the results with Congress, agency officials told lawmakers Wednesday.

VA is supposed to deploy the EHR, which is based on Cerner’s Millennium suite, to a second site in Columbus, Ohio.

But VA employees who are using the EHR at the agency’s first go-live site in Spokane, Washington, have expressed concerns with the platform. The EHR, in some cases, has made their jobs more difficult, and members of Congress and VA are concerned about lingering productivity and usability issues.

VA launched a strategic review of the EHR modernization program last month based on feedback from Spokane employees and Congress.

“I’m concerned about starting something until we have all the kinks worked out,” Matt Rosendale (R-Mont.), the ranking member of the House Veterans Affairs Technology Modernization Subcommittee, said at a hearing on the EHR rollout. “I want to make sure, do I have your commitment not to start any Columbus go-live activities until after the strategic review has been completed and shared with this committee?”

VA on Wednesday reaffirmed its commitment to the Cerner Millennium solution. It promised it would provide more updates to Congress about the program’s progress as the strategic review continues.

“The strategic review covers a full range of program areas, including productivity and clinical workflow optimization, a human-centered design effort to understand what veterans want to see from VA’s patient portal and a sandbox environment that will allow employees at future implementation sites to conduct interdisciplinary, team-based rehearsals of these workflows in the new EHR solution,” she said.

VA has a new chief acquisition officer and senior IT adviser who reports to Secretary Denis McDonough. Those individuals are bringing “fresh eyes” to the program and are currently reviewing EHR program requirements, Clancy said.

The department will also track how long specific tasks take in the EHR and will conduct an analysis of user experience.

VA and Cerner acknowledged they both have a lot of work to do to put the EHR on its best path forward.

“As with any health care IT transformation, we knew there would challenges,” said Brian Sandager, general manager for Cerner Government Services. “Sometimes what you design on paper is over-engineered and it doesn’t fit local workflows, and we need to modify those.”

Clinicians in Spokane say tasks that once took two or three clicks in the legacy EHR now take 10 or more. Clancy acknowledged the process of learning a new system is “exhausting.”

“It’s a frustrating business, because in the end the EHR probably itself, the technological piece, is about one-third of the solution,” she said. “The rest is changing a whole lot of aspects of your everyday work. Many processes that you used to do on auto-pilot without thinking, now you have to think about.”

Primary care physicians are operating at 65% of their usual productivity levels before the COVID-19 pandemic, a metric that some say has improved over the last six months.

Since the EHR went live in October, nearly 74% of veterans have been seen within 15 minutes of their scheduled appointment time, Sandager said. Time spent within the EHR is down 32% since the initial rollout, he added.

The department didn’t detail how many trouble tickets VA staff have created, but Rep. Frank Mrvan (D-Ind.), chairman of the technology modernization subcommittee, said some employees have simply stopped sending them.

“They have grown disillusioned with the incident ticket process,” he said. “They do not feel the issues are being addressed and tickets are being closed without explanation. Because of this, we’re hearing that staff have, to some degree, stopped creating tickets. They are developing their own workarounds and sharing them with their peers outside of the VA’s incident management system.”

VA said it’s developing a new dashboard, which it believes will allow clinicians to better track trouble tickets and progress on incident reports.

For Fischer, he’s most concerned about the morale among his staff in Spokane.

“Obviously this has been a trying year between COVID and now the Cerner Millennium rollout,” he said. “They’ve had to face a lot of change. We track separations and departures very closely. I have not seen a bump in monthly departures despite all the challenges they face every day.”

The department largely hasn’t wavered from its $16 billion, 10-year timeline for the EHR modernization initiative, which has VA completing in 2028.

VA requested another $2.7 billion for EHR modernization in 2022. It has seven years left under its 10-year timeline and more than 150 sites due for EHR deployment, Rosendale said.

“This is not adding up to me,” he said. “Even if each future site goes faster, how can the old cost and schedule possibly be achieved?”

“We see the timeline over 10 years, and we think it’s feasible,” he added.

Ultimately, the goal of EHR modernization is to create an end-to-end patient record, which follows military members during their active-duty service to the time they become VA customers.

The department said that mission alone is worth the cost and resources. Others see it differently.

Many VA clinicians like and have a deep attachment to the legacy system, known as the Veterans Information Systems and Technology Architecture (VistA).

“There are surveys of doctors that say the VA legacy system is one of the best, which is not surprising,” Clancy said. “It was built by doctors for doctors, and it was built before many organizations actually did their billing electronically. It is a whole new world right now, and we need all of the contemporary adjustments that go with a modern electronic health record. That’s not what VistA was built for. I am confident that we can make practice consistent across the Veterans Health Administration and that the new workflows in the end will be much better for veterans the clinicians serving them.” 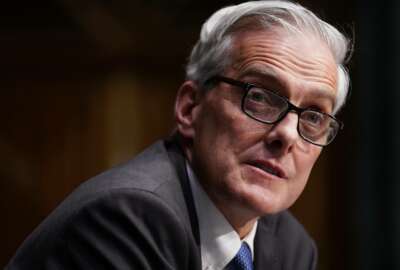