As technology and potential threats evolve, someone has to ensure that government and its partners are protected.

On this episode of Women of Washington, Gigi Schumm welcomed Jeanette Manfra, national protection and programs directorate assistant secretary for the Office of Cybersecurity and Communications within the Homeland Security Department. Manfra said she knows it’s a long name, and they are currently working with leadership — and Congress — to potentially rename it the Cybersecurity Infrastructure Security Agency.

Manfra’s team is responsible for helping agencies and federal contractors defend their online networks from hackers and other cyber threats. She has worked with the department for eight years, but has only been in this current role for about a year. Before joining DHS, she served in the U.S. Army as a communications specialist and military intelligence officer.

“I’m focused on everything from deploying cybersecurity tools to federal civilian agencies across the entire government [and] protecting their networks and systems to assisting critical infrastructure owners and operators, electric utilities [and] the financial sector across our country,” she said.

One infrastructure issue that DHS, and other agencies, struggle with on a daily basis is the dependence on legacy systems.

“Legacy systems are very difficult to defend. So the administration has a large initiative in modernizing our IT, but also modernizing the way that we do security,” Manfra said. “We also are transitioning from a model where every agency had a perimeter that they understood what it was, and they would do their best to defend that, to one where we depend on each other for different services.”

Instead of an every agency for themselves mentality, the agencies have to rely on each other to apply limited resources in a smart way. That’s where her team comes in, Manfra said.

Advances in technology have opened the doors to programs and networks that can reduce cost, increase security, increase efficiency and give the government more opportunity to interact with the citizens its serves. But, that requires agencies to take full advantage of IT modernization initiatives such as cloud adoption.

“We think there’s a lot of benefits there,” she said. “But we also have to think sort of what is the full picture … what are the vulnerabilities we are introducing as well as the opportunities for efficiency?”

She said her office has to make sure they are bringing everybody together efficiently and securely. The U.S. federal government is a bit slow in that regard, she said.

While she really enjoyed her time in the Army, and even considered staying on as a full-time intelligence officer, she knew transitioning into the federal workforce was a better decision. Manfra has been an asset to DHS because she has experience in both the policy and the technology behind cybersecurity.

But in any full-time job, there will be times when someone has to choose between work and their home life. Manfra said one area that her office specializes in is raising awareness of new programs or initiatives, and sometimes that includes a lot of travel. But she knows she can’t always pick up and leave.

“I try to limit it as much as possible,” she said. “And there have been times where I haven’t been able to do things that I’d like to do because of that.”

Technology has its benefits, but it can also slow us down. So, it’s never a bad thing to have a hobby. In her spare time, Manfra enjoys reading a good book — especially science fiction — and playing the piano. A lot of time, she’s also playing with her son.

Manfra said she’s not sure how she manages a full-time government job while raising her son, but she does. She’s learned to not put so much pressure on herself.

“If I were to go back, I would say just loosen up a little bit. … Life has a way of sort of working out. What I’ve learned is if you’re the best that you can be at every job, or anything that you do, you’re going to have opportunities,” she said. “Even though it may take a weird winding path that you never anticipated, you’re gonna eventually get to that place that’s satisfying professionally.”

In terms of work-life balance, Manfra said it’s more important to think about balance in the long-term. You’re never going to be perfect. She also said planning in five-year, as opposed to 20 or 30-year increments, is best. 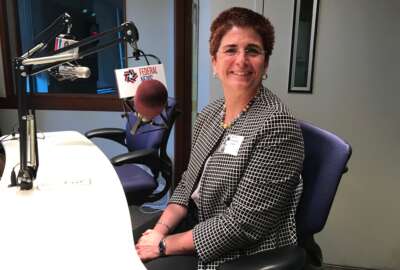 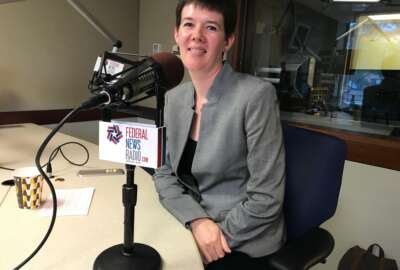 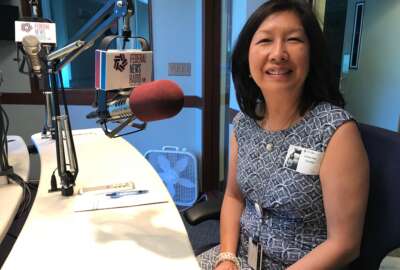