Whistleblowers at the FBI may soon see some relief from a confusing and arduous disclosure process. But if one whistleblower’s story is any indication, the battle to have their cases heard may still be a long one.

The Senate passed and the President signed an abridged version of the FBI Whistleblower Protection Enhancement Act before leaving town earlier this month. It extends whistleblower protections to FBI employees, who previously had to go through a long and confusing...

Whistleblowers at the FBI may soon see some relief from a confusing and arduous disclosure process. But if one whistleblower’s story is any indication, the battle to have their cases heard may still be a long one.

The Senate passed and the President signed an abridged version of the FBI Whistleblower Protection Enhancement Act before leaving town earlier this month. It extends whistleblower protections to FBI employees, who previously had to go through a long and confusing process — unlike that of any other agency — to make a disclosure.

The law should help FBI whistleblowers like Darin Jones, whose case has been stuck in limbo for more than four years.

Jones, a GS-15, was fired in 2012 from his position after he made at least eight disclosures of what he believed were violations of FBI procurement law and the Federal Acquisition Regulation (FAR) to his supervisors. He appealed his termination with the Justice Department inspector general and submitted his case to the Merit Systems Protection Board.

But DoJ dismissed Jones’ case because he disclosed his complaints to his own supervisors — not one of the nine top-level FBI or Justice Department officials. This little-known rule doesn’t apply to whistleblowers at any other agency.

Jones said he first heard of the rule when MSPB dismissed his case for lack of jurisdiction, citing a short regulation in Title 5 that specifically addresses FBI employees.

“That was the first time that I had ever been advised of any information on how to submit an FBI whistleblower case,” Jones said.

Jones said he’s baffled by the process, particularly given FBI Director James Comey’s previous testimony and remarks on the importance of embracing whistleblowers during an appreciation event back in August.

Comey at the time said the DoJ’s inspector general is training FBI employees on whistlelblower procedures and protections. The training program began last summer, but the agency recently expanded it and made the program mandatory for all FBI employees. Few educational programs are mandatory for the FBI workforce, DoJ said, because the bureau’s employees can often test out of some training classes.

After about two years of silence, DoJ’s Office of the Deputy Attorney General (ODAG) denied Jones’ case in November. But now that the President signed the FBI whistleblower protection bill into law, the FBI should reopen Jones’ case.

Once the deputy attorney general grants jurisdiction for Jones’ case, it would move on to MSPB, which would decide whether whistleblower retaliation played a role in his termination.

Jones has also asked for a stay request, which means he would be reinstated to his position at the FBI while the legal proceedings continued.

He said he’s “cautiously optimistic” about the next steps. For one, he has support from a variety of people, including Senate Judiciary Committee Chairman Chuck Grassley (R-Iowa), who introduced the FBI whistleblower protection legislation, Jones’ congressman, Senator-elect Chris Van Hollen (D-Md.), former FBI supervisors and the National Whistleblower Center.

“I’m hoping [it’s] not setting up for several more months of exceptionally vigorous legal briefings to try to obtain jurisdiction in my case, when Congress has emphatically stated that jurisdiction should be granted in my case,” he said.

Jones, along with Grassley, Van Hollen and the National Whistleblower Center, say the deputy attorney general should reopen the case now that the President has signed the FBI WPEA bill into law.

“I fail to understand why ODAG refuses to apply federal whistleblower law in Mr. Jones’ cases especially when the current DoJ FBI whistleblower regulations require ODAG to ensure that any Office of Attorney Recruitment and Management determination is not ‘arbitrary, capricious, an abuse of discretion or otherwise not in accordance with law,'” Van Hollen wrote in a Dec. 20 letter to the Deputy Attorney General Sally Yates asking that DoJ reopen Jones’ case.

Jones hasn’t been alone. A 2015 Government Accountability Office report found that some FBI whistleblower cases took as long as 10 years to resolve. Neither the FBI nor DoJ has made the chain of command or process for disclosing whistleblower complaints clear to their employees, GAO also found.

Grassley said there was still more work to do to strengthen protections for FBI whistleblowers. There were a few provisions in FBI WPEA that were not included in the bill that passed earlier this month, and Grassley said he plans to pursue them in the next Congress.

“The current process is vague, confusing and lacks common sense, and it often puts people in hot water for no legitimate reason,” Grassley said in a statement when the bill passed the Senate. “The protections in this bill ensure a logical reporting requirement that allows more cases to be heard on the merits instead of being senselessly dismissed because an FBI employee logically reported wrongdoing to [a] supervisor.”

Jones is lucky, he said, because he’s an attorney and has been able to represent himself over the past four years. But the entire process has been a burden on him and his family. Jones has been unemployed since he left the FBI in 2012.

“If another individual was going through the same type of process that I was going through, the legal costs of what I have done individually on my own as an attorney on my case, are staggering,” he said. “I can only imagine how many whistleblowers … simply cannot afford to pursue their cases even though he or she believes they have a valid whistleblower case.” 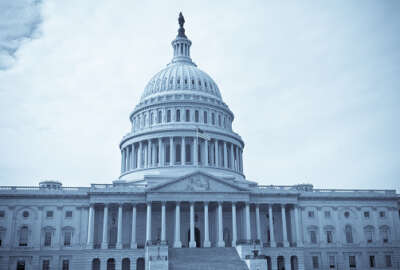