Now going on 22 months, the Merit Systems Protection Board (MSPB) has never lacked a quorum for this long.

In a matter of months, MSPB could reach another milestone in its 40-year-history: a board with no members.

Leadership at MSPB, including lone member and acting Chairman Mark Robbins, has been told that the Senate Homeland Security and...

Now going on 22 months, the Merit Systems Protection Board (MSPB) has never lacked a quorum for this long.

In a matter of months, MSPB could reach another milestone in its 40-year-history: a board with no members.

Leadership at MSPB, including lone member and acting Chairman Mark Robbins, has been told that the Senate Homeland Security and Governmental Affairs Committee (HSGAC), which has jurisdiction over the agency, isn’t planning to advance President Donald Trump’s three nominees to serve on the board.

“Acting Chairman Robbins was recently advised by Senate HSGAC staff that Democratic members of the committee would object to unanimous consent of full Senate consideration of the three nominations,” MSPB spokesman Bill Spencer told Federal News Network in an email. “As such, any Senate consideration would require enough time for a full debate on all three. Robbins isn’t optimistic that the time remaining before Congress adjourns allows for that.”

The Senate won’t return to Capitol Hill until after the mid-term elections in November. It has until the end of the year to vote on the president’s three nominees to fill the board and restore a quorum to the MSPB. Without congressional action before lawmakers head home in December, the Senate must return the president’s current nominees to the White House, and the nomination process must start over.

To make matters more complicated, Robbins’ term will expire in March. If the Senate doesn’t act in 2018, it only has three months to consider and vote on a new series of nominees from the White House in 2019.

Otherwise, the board will have no board members.

“Not during the time that the board has existed has there been no board members,” Jim Eisenmann, former MSPB executive director and general counsel, said in an interview with Federal News Network.

Eisenmann left MSPB at the end of September and joined the Kalijarvi, Chuzi, Newman and Fitch law firm as a federal employment attorney. He said he was also told that the Senate committee didn’t have plans to move the president’s three nominees forward.

The possibility of a member-less MSPB creates real uncertainty for federal employees and agencies who have pending petitions for review and have already been waiting for Congress to restore a quorum to the board.

McCaskill’s office did not respond to multiple requests for comment or confirmation.

The Senate committee held a nomination hearing back in July for the president’s three nominees — Dennis Kirk, Andrew Maunz and Julia Clark — to be MSPB board members.

Both committee Republicans and Democrats at the time expressed concern for the backlog of pending MSPB cases and encouraged the nominees, when confirmed, to work judiciously through the the stack of unresolved petitions for review. HSGAC has yet to vote on the nominees.

As of September 2018, MSPB has 1,520 petitions awaiting action from the board, according to the tracker on the agency’s website.

The backlog has been building since January 2017, when former Chairman Susan Tsui Grundmann left MSPB, leaving Mark Robbins as the lone board member. He’s been voting on cases that come his way — typically the petitions for review that require a board vote over a decision from an administrative judge — for nearly two years.

Attorneys in MSPB’s Office of Appeals Counsel first accept a petition for review, read the case and offer up advice. Robbins will read the case himself and vote.

Robbins’ decisions on these cases, however, would wipe clean if his term expires before the Senate can confirm at least another board member.

“The work product from the attorneys in the Office of Appeals Counsel still exists,” Eisenmann said. “Those are still the recommended decisions for whichever board members come in, at whatever point. But his votes are gone.”

The Senate committee could choose to advance one of the president’s nominees before the year ends, thus restoring a quorum — and legitimacy to the work Robbins has completed on his own over the past two years.

But that prospect is unlikely. Both the Senate and White House like to move the nominees as a group, to avoid having an all-Republican or all-Democrat board, federal employment experts have said.

What would continue at MSPB

MSPB won’t shut down if the board has no members, and in many situations, the agency would continue to operate as it has been with no quorum.

Administrative judges, as they do in today’s environment, would continue to work. If employees or agencies appeal to the full board, their petitions for review would continue to go to MSPB’s lawyers. The agency’s Office of Appeals Counsel would continue to read the case material and offer up legal advice, Eisenmann said. The cases themselves, would continue to stack up until the Senate confirms at least one member to the board.

There are, however, some activities that would stop entirely if the board has no members. Only MSPB board members, for example, can issue a “stay” of an employee’s personnel action that the Office of Special Counsel might request, Eisenmann said.

In addition, an MSPB with no board members wouldn’t be able to issue formal studies or reports on the civil service, which is one of the agency’s statutory responsibilities.

“Most of the things that are done from a day-to-day operations point of view, versus an adjudication, can be handled by an executive director,” Eisenmann said. “Without senior political leadership, specifically a chairman and board members, any kind of initiative would suffer from obviously a lack of support at the top, not that any new initiative would come from anyone in an acting role.”

If the Senate fails to act this year on the president’s nominees, it could be two-to-three years before appellants get a decision on their pending cases, Eisenmann said.

“MSPB has become a black hole for federal workers generally and whistleblowers in particular,” Tom Devine, legal director for the Government Accountability Project, said. “It is time for Congress to give federal whistleblowers the same safety valve available to all state, local and nearly all corporate employees, and even federal race or sex discrimination victims — access to federal court for a jury trial when the administrative process stalls.” 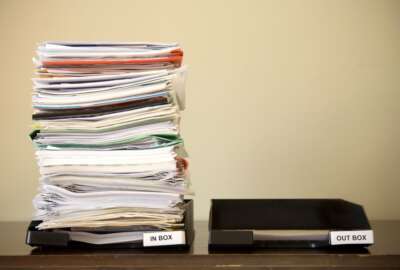 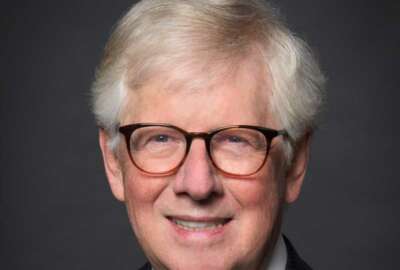