Employees at the Environmental Protection Agency are feeling the collective impact from the government reorganization and fiscal 2018 budget crunch, but when it comes to deciding what to do with an early retirement or buyout offer, one union negotiator urges employees to be selfish.

Gary Morton is the ‎president of the American Federation of Government Employees (AFGE) Local 3631 [EPA Region 3], and he’s also AFGE’s lead negotiator for VERA/VSIP. Morton arrived at EPA in the early...

Employees at the Environmental Protection Agency are feeling the collective impact from the government reorganization and fiscal 2018 budget crunch, but when it comes to deciding what to do with an early retirement or buyout offer, one union negotiator urges employees to be selfish.

Gary Morton is the ‎president of the American Federation of Government Employees (AFGE) Local 3631 [EPA Region 3], and he’s also AFGE’s lead negotiator for VERA/VSIP. Morton arrived at EPA in the early 1990s, and he’s been through several buyouts, as well as sequestration and the 2013 government shutdown.

“I think the feeling this time is that with the budget downsizing, and the thoughts of the current administration against the agency, when they talk about cutting 3,000 employees, [there’s] a sense of urgency now,” Morton said in an interview with Federal News Radio. “For lack of a better term, I hate to say it, it’s like get out if you can.”

EPA is facing a 31 percent budget cut from fiscal 2017, a number that Morton called “astounding,” and a proposed cut to the payroll by roughly 3,800 positions. Earlier this month the agency informed employees that more than 1,200 positions are targeted for early retirements and buyouts.

Morton was able to share some buyout details specific to his region, however, because the negotiation process is still ongoing, he could not get into certain aspects of the program, nor could he share much about other regions. Region 3, based in Philadelphia,  covers the mid-Atlantic.

Past VERA/VSIPs targeted low and high level GS levels together, but this time around for at least his region, Morton said GS levels 12, 13, and 14 employees, will be eligible for buyouts and early retirement.

“IT coordinators, IT people, IT security people, also environmental scientists or scientists below the grade of 12 will not be eligible to take the VERA/VSIP,” Morton said. “I’ve heard the eligibility numbers [elsewhere] were not as high as my region. My region is over ceiling, meaning we have more employees than we have payroll. So as a result, we have 200-something people eligible. That’s a lot of people.”

Morton said all the regions are in communication, as the agency waits to see what happens.

“We don’t know what type of EPA is going to be left. The EPA as we know it might not exist any more,” Morton said. “I think back to when I was leaving college and having a job, and you want to have a career and a future, and you think you’re with a good agency. And yet now you hear that the president in his budget wants to … well first of all there are amendments in Congress to abolish the EPA, so how do you think an employee feels when Congress and representatives are writing bills to abolish the EPA? We know that’s not going to happen, but in what form will [EPA] be left? People don’t know what type of EPA will be left after this administration — for lack of a better term — gets through with it.”

Morton said employees in any EPA region considering taking a VERA/VSIP offer, should make sure to have their retirement or separation checklists completed, and turn it in as soon as possible so that any errors can be corrected and there is no delay in processing the application.

And some employees are already thinking beyond the VERA/VSIP offers, as the agency heads into budget negotiations.

The problem with a VERA/VSIP is that not everyone eligible takes the offer, Morton said, and factoring in the upcoming budget, the reductions in force that are supposedly off the table, could come back into play.

“I’m not leaving, there are other people who aren’t leaving,” Morton said. “Some might take it, so the agency will have to evaluate its numbers after the VERA/VSIP and you have to add in the variable of the budget, what type of budget will we have. You’re really rolling the dice; some people might leave because they don’t want to be furloughed, they don’t want to go through having their pay slashed or the uncertainty of a government shutdown. Twenty-two days last time we went where we were shut down. Some people can’t afford to miss a pay check.”

Morton also warned of a lasting effect on employee morale. For example, senior managers and careerists are in some cases being asked to dismantle things they’ve spent years working on.

“I see the passion of the hydrologists, the toxicologists, and when you get into the nuts and bolts, they’re really protecting the people because we’re a human health agency, the environment and health kind of go hand in hand,” Morton said. “I can tell they love EPA, they love the work they’re doing, but they have to follow instructions. Just being asked to dismantle something or alter something that they’ve built. If I were them I’d have to answer to a higher power, but I’d try to save as much as I can. But people need to get paid, and I’ll say it, people are fearful of this administration, people want to save their jobs. I talk a good game, but I don’t want to lose my job.” 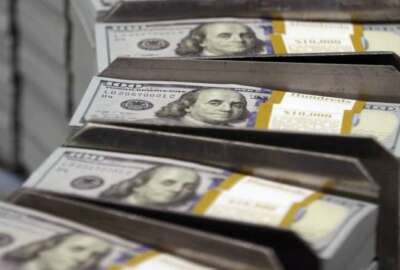