Members of Congress are starting to take a greater interest in agency buyouts and early retirement offers, and they want to ensure that someone else is also keeping an eye on the administration’s plans to restructure the federal workforce.

As agencies send their final reform and restructuring plans to the Office of Management and Budget by the end of the month, Rep. Blaine Luetkemeyer (R-Mo.) is asking the Office of Personnel Management to pay closer attention to their use of Voluntary Early Retirement Authorities (VERA) and Voluntary Separation Incentive Payments (VSIP).

“OPM oversight of VERA/VSIP is imperative for preventing program waste and abuse and ensuring the authority is a successful tool for developing a model federal workforce,” he wrote in a letter to OPM acting Director Kathleen McGettigan.

The letter is still circulating around the House to generate more interest from other members.

Specifically, Luetkemeyer wants OPM to describe how it would manage agency buyouts and early retirements and ensure the offers are consistent with the agency’s pre-determined plans.

Though the Small Business Administration has said on multiple occasions that VERA/VSIPs will not be a part of its most recent agency reform plans, past problems with the agency’s 2014 restructuring effort has caught Luetkemeyer’s attention.

His letter cites poor planning and oversight from the Small Business Administration, when the agency paid $2.1 million for VERA/VSIP offers that it could have used to target other positions.

OPM typically approves departments for specific VERA/VSIP targets. But the SBA inspector general said the agency did not develop a measurable goal for early buyouts and retirements. The plan SBA did submit to OPM didn’t have all the required details and documentation.

Luetkemeyer himself took particular interest in SBA’s failures during a June hearing on the agency’s past restructuring efforts.

“So what you’re telling me is OPM is the one that really screwed up here from the standpoint they approved the plan without all of the documentation and everything in place, without checking all the boxes,” he said during the hearing.

According to his letter, Luetkemeyer specifically wants answers to the following questions by Oct. 20:

“Given OPM’s direct oversight of this authority, it is vital that OPM take all necessary steps to ensure agencies offer VERA/VSIP in a manner consistent with its program policies and specific goals,” Luetkemeyer wrote.

Other agencies are already beginning to offer VERA/VSIP to their employees. The Environmental Protection Agency targeted more than 1,200 positions for early retirement or buyout offers.

EPA has also run into some trouble with its VERA/VSIP program in the past. The EPA Office of Inspector General failed to meet its own workforce structuring goals back in 2014, even though it used early retirements and buyouts to cut 39 people from its staff.

The Interior Department has asked OPM for a “broad” VERA/VSIP authority covering a wide swath of positions. Raymond Limon, director of Interior’s Office of Human Resources and deputy chief human capital officer, said the department is particularly interested in targeting positions in the Washington, D.C. area.

Interior is looking to move more positions out of Washington and Denver to consolidated offices in the field. 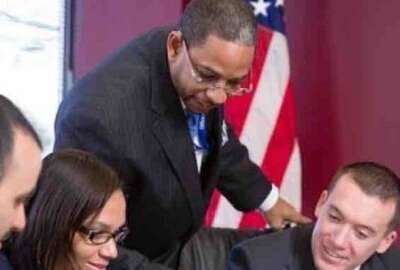 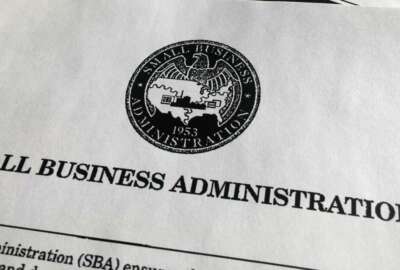