The SSA and VA exchange information monthly in order to determine if and when a benefit payment should be terminated.

However, with data always comes the margin of error. In this case, the audit showed at least 11 percent were in fact alive and incorrectly marked as deceased. At least 19 percent of the same records had accurate death information and certificates, the Aug. 29 SSA IG report said.

In total, the inspector general estimated SSA paid about $37.7 million to at least 746 individuals after they were dead.

If the VA records are not updated soon, the agency could issue approximately $7.3 million in improper payments over the next 12 months, according to the report.

“SSA reviewed selected instances and stated that VA had not included most of the individuals’ death information in monthly death data transmitted to SSA,” the IG report said.

SSA issues over $900 billion annually in payments to more than 50 million people.  Given the amount of SSA’s payments, any error in the process can result in millions of dollars of overpayments or underpayments, according to the inspector general.

According to the report, the VA updates death records based on information sent in by a variety of different sources. These sources include friends, relatives, funeral homes and financial institutions, as well as federal, state and local agencies.

The lack of updated records once again shines a light on an earlier SSA IG audit from June 2006. That investigation showed a lack of consistency in how the VA kept records.

The inspector general issued two recommendations to alleviate this issue of improper payments to the deceased and help the VA stay up to date with its death information.

First, the IG reported that the SSA and VA were asked to review the data sent from the IG office and “determine the status of beneficiaries it determines may be deceased, terminate their payments where appropriate, and refer potential instances of suspected fraud to the Office of Investigations.”

Second, the SSA was encouraged to work with the VA to ensure data exchanges between the two agencies are consistent, especially when it comes to death records.

“SSA agreed with our recommendations,” the report said.

Lawmakers ‘baffled’ by state of DHS’ human resources IT 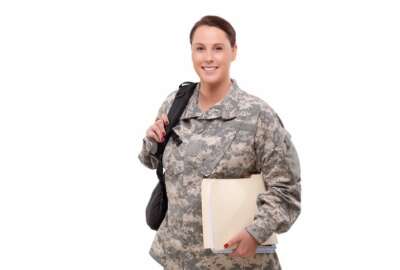