The Trump administration wants to make familiar attempts to limit the amount of time federal employees would have to appeal a disciplinary action or performance-based suspension, firing or other punishment.

The proposals are part of the president’s 2020 budget proposal, and they’re tucked deep within a joint congressional budget justification from the Office of Personnel Management and General Services Administration.

For performance-based actions, OPM and GSA want to shorten the amount of time agencies would have to give an employee advance notice of proposed action and the time agencies have to make official disciplinary decisions from 30 days to 20 days.

In addition, the legislative proposals would limit the time an employee has to demonstrate acceptable performance to generally no more than 30 days. Agencies would have the “sole and exclusive discretion” to extend this period depending on the circumstances.

Performance improvement periods of 30 days have become standard at some agencies in recent years, and the president’s May executive order on employee removals also directed agencies to limit this time to about 30 days.

For adverse actions, the administration is also proposing a wide variety of changes to Title 5 statute — all of which are aimed at shortening the disciplinary process and alleviating time burdens for agencies. 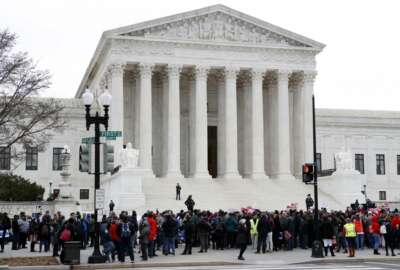 Under the OPM-GSA proposals, agencies have would no more than 15 days to give an employee advance notice of their plans to issue a suspension of 14 days or less. Employees themselves would have five days to respond to the proposed suspension, and agencies would have another 20 days to make a final decision.

For other disciplinary actions, the proposals give agencies 20 days to give an employee — including members of the Senior Executive Service — advance notice of their plans to take an adverse action. Currently, agencies have 30 days. Employees would have 10 days to respond to a proposed removal, suspension of 14 days or more, reduction in pay or grade and furlough of 30 days or less. Agencies would then have another 20 days to make a final disciplinary decision.

Current law gives agencies about 30 days to issue proposed actions and leaves other timelines open-ended or ambiguous, according to the OPM-GSA proposals.

In addition, OPM and GSA want to give agencies more flexibility to lengthen probationary periods.

“OPM can provide for longer probationary periods under its current authority, but any practical benefit of this authority is constrained by the current statutory definition of employee, which defines when an individual becomes an employee for purposes of challenging a removal from federal service,” the joint budget proposal reads.

The House in 2017 passed legislation that would have extended probationary periods for most federal employees and senior executives from one year to two, but the bill never got a vote in the Senate. Some federal employee organizations such as the Federal Managers Association and National Council of Social Security Management Associations have supported the proposal in the past, arguing that a longer probationary period would give employees with complex jobs more time to train.

While the Trump administration attempted to tighten up timelines for employee removals with a controversial executive order President Donald Trump signed last May, the EO is ultimately limited by current statute and law. Congress would need to amend Title 5 of the U.S. Code to physically shorten the disciplinary appeals process for most federal employees.

OPM and GSA’s legislative proposals, if taken seriously in Congress this year, would revive conversations some lawmakers have been having for years. Much of the focus has been at the Department of Veterans Affairs, where Congress has twice passed new laws that attempt to shorten the disciplinary process for VA employees.

The president himself has cited the success of the Veterans Affairs Accountability and Whistleblower Protection Act, which he signed into law last summer. He later called on Congress to empower all cabinet secretaries to reward good employees and remove those “who undermine the public trust or fail the American people” in his 2018 State of the Union address.

These proposals, however, will face tough reception in a Democratically-controlled House of Representatives. Lawmakers during the Obama administration introduced a variety of bills that made similar recommendations, but none — with the exception of the VA accountability bills — have made it through Congress.

“These proposals reflect the premise that while federal unions retain core collective bargaining rights, they should be precluded from exercising those rights in a way that would unreasonably deter, divert or delay managers from meeting their mission for the American people,” the proposal reads.

First, the administration wants to exclude determinations involving an employee’s pay or step increase from the negotiated grievance process with federal unions.

Second, OPM and GSA want to more clearly define when an agency should engage in formal discussions with union officials. Specifically, the administration wants “protection from certain grievances that are frivolous.” It cited an instance where an employee might grieve a performance rating of “exceeds” to get an “outstanding” rating as an example.

The administration also wants to streamline the Federal Labor Relations Authority process for resolving bargaining disputes and give the OPM director right to intervene or “participate in any proceeding before the FLRA where the director believes that erroneous decision will have substantial impact on civil service law.”

Perhaps most notably, the administration wants to eliminate the option for bargaining unit employees to file a negotiated grievance and seek binding arbitration in situations where they could appeal with the Merit Systems Protection Board.

Some federal employee organizations and think-tanks have offered similar but broad recommendations in the past. They’ve argued federal employees should have a single option to appeal disciplinary actions.

Again, the president’s May executive orders attempted to limit collective bargaining. But because an EO can’t change law or statute, the order didn’t carry as much weight as these proposals from GSA and OPM would.

Plus, a federal district judge invalidated nine key provisions of those executive orders and argued the EOs contradicted the intent of Congress when it passed the Federal Labor-Management Relations Statute into law.

The administration is now appealing the court’s decision.

At least one federal union bashed the administration’s workforce proposals.

“The existing General Schedule includes mechanisms for rewarding high achievers and dealing with poor performers, but managers and supervisors lack the training to implement them,” Tony Reardon, president of the National Treasury Employees Union, said in a statement.