U.S. Citizenship and Immigration Services is now eyeing August as a possible furlough date for several thousand of its employees — unless Congress steps in with emergency supplemental funding before then.

A “dramatic decrease in revenue” during the coronavirus pandemic had initially forced the agency to consider furloughs for a large portion of its workforce in July. But USCIS said Friday it would extend the possible furlough date later in the summer.

“We previously anticipated that the furlough would begin on July 20, but we have received additional revenue and have identified cost savings to extend the potential furlough date to Aug. 3 in the event Congress does not provide emergency funding,” a USCIS spokeswoman said Friday afternoon in an email to Federal News Network. “We continue to work with Congress to provide the necessary funding to avert this unfortunate consequence.”

By law, USCIS and other federal agencies must give their employees 30 days of advance notice before issuing a furlough. If it doesn’t receive additional funding from Congress, the agency would issue furlough notices to employees on or before July 2 before an Aug. 3 furlough date.

The agency estimated it needs $1.2 billion in emergency supplemental funding over a two-year period. The emergency budget request, which USCIS submitted to Congress in mid-May, also includes a proposed 10% surcharge to the agency’s application fees.

USCIS said the funding request would “ensure we can carry out our mission of administering our nation’s lawful immigration system, safeguarding its integrity and protecting the American people,” the agency said. “Importantly, this funding proposal protects American taxpayers by not adding to the deficit and requiring USCIS to pay the money back to the U.S. Treasury.”

Unlike most other agencies, USCIS is a fee-for-service agency, meaning it relies on the revenue it collects through work and visitor petitions and citizenship applications, for example, to keep the organization running.

It estimated a 61% drop in application and petition requests, in part due to the pandemic, through the end of fiscal 2020. Though USCIS said it has limited salary increases and taken other steps to keep its expenses low, the agency said it needed to take “drastic action” to keep the organization afloat.

The American Federation of Government Employees, which represents some 14,500 USCIS workers, has been urging congressional appropriators to provide the funding the agency said it needs.

Furloughs could “cripple the agency’s ability to carry out its mission,” AFGE National President Everett Kelley has previously warned.

USCIS opened up certain field and asylum offices to the public on June 4. In opening, the agency announced the precautions it would take in resuming some face-to-face services with the public. Those visiting USCIS offices must wear a mask while inside, and the agency would make an effort to provide face coverings to visitors who didn’t have one. 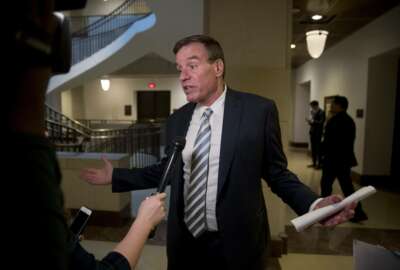