The Labor Department is attempting to clear up whether federal contractors can still host unconscious bias programs and meet the demands of the president’s recent executive order on diversity and inclusion training.

Labor’s Office of Federal Contract Compliance Programs, which is in charge of enforcing the president’s Sept. 22 order, created a new hotline where anyone can report “race and sex stereotyping or scapegoating.”

OFCCP will accept complaints by phone or email, and it will...

The Labor Department is attempting to clear up whether federal contractors can still host unconscious bias programs and meet the demands of the president’s recent executive order on diversity and inclusion training.

Labor’s Office of Federal Contract Compliance Programs, which is in charge of enforcing the president’s Sept. 22 order, created a new hotline where anyone can report “race and sex stereotyping or scapegoating.”

OFCCP will accept complaints by phone or email, and it will investigate them immediately using standard procedures, the agency said.

It also posted a series of frequently-asked-questions on the EO for contractors, which attempt to explain what kind of training — including unconscious bias programs — can continue under the order.

The executive order bans certain kinds of diversity and inclusion training the administration deems “divisive.” Federal contractors who fail to comply risk having their contracts cancelled, plus suspension or debarment from future awards.

“Basically every federal contractor does unconscious bias training,” Craig Leen, OFCCP director, said Tuesday during a virtual panel discussion on diversity and inclusion training, produced by Government Executive. “If that had to stop because of the executive order, that would cause significant burden to businesses. We took a look at the executive order and we had a dialogue with the Office of Management and Budget and the White House, and we determined that unconscious bias training was allowed.”

“If it’s the sort of traditional training that I’ve experienced, which is that based on the human condition every person has certain biases or stereotypes or prejudices that exist and that they have to take account of them and make sure that those biases are not impacting actual decisions that a person is making or things that person says … it’s perfectly fine,” he said.

Training, however, that “focuses only on particular subsets” of employees based on their specific race or gender is prohibited, Leen said.

“Any sort of training that focuses on a particular race or sex for negative treatment, no matter what that race or sex is, that’s where it could be problematic,” he said. “For example, training on white fragility or training on white privilege is likely to be problematic, because it’s identifying a particular race and making certain pronouncements regarding people of that race who may be in your workforce and may be a captive audience listening to this training.”

The executive order permits those kinds of discussions in an academic setting, Leen added.

“In the employment context it’s now inappropriate,” he said. “What would be appropriate though, would be unconscious bias training that’s general, anti-harassment training, diversity and inclusion training generally, the idea that everyone should be able to advance based on merit.”

The EO also permits the discussion of historic racism and sexism in the United States, Leen said. Contractors can discuss Jim Crow laws and the civil rights movement, and “that we still have a ways to go as a country, as demonstrated over the course of this last summer,” he added.

“All of those things are perfectly appropriate to say and recognize,” he said. “Those are historical facts, and they provide context to any discussion on diversity and inclusion. But what the order says is that you then can’t go forward and say that means that America is inherently racist.”

OFCCP is preparing to solicit feedback and information from federal contractors and subcontractors on the executive order later this month. A request-for-information will be out later this week, OFCCP said.

Industry groups have said the EO and its associated implementation memos are confusing, and in some regards, contradictory.

In implementation guidance released late last month, the Office of Management and Budget attempted to clarify certain diversity and inclusion initiatives can continue under the EO.

But in suggesting ways agencies could identify all diversity and inclusion training, OMB recommended they search their procurement databases for terms such as “unconscious bias,” “intersectionality” and “systemic racism,” among others.

In separate guidance released earlier this month, the Office of Personnel Management instructed agencies to pause all diversity and inclusion training until it can review existing and future materials and approve them.

Departments must submit programs and materials from all of their subcomponents together in one package.

“That has created a little bit of a hiatus in some of our training as we review our materials and prepare them for submission to the Department of Defense,” he added.

Jackson is in charge of NGA’s response to two agency-sponsored studies, including a 2018 review that found black employees are promoted less often than their white counterparts.

“As an intelligence agency we have to be acutely aware of unconscious bias,” he said. “Anything that could influence analysis or decision-making or how we perceive a problem not only provides bad or faulty information to our combat support clientele, but also our senior policymakers that depend on intelligence to make policy decisions. The idea of trying to totally avoid unconscious bias is anathema with us.”

The Justice Department also suspended all diversity and inclusion “related training, programs, activities and events that employees are required or permitted to attend while on government-paid time,” Lee Lofthus, assistant attorney general for administration, said in a Oct. 8 memo to employees, which Federal News Network obtained.

This includes DOJ’s annual mandatory diversity and inclusion training for supervisors and managers, in addition to any programs assigned to employees under their learning work plans.

“A number of process questions have been raised with OPM for which the department and other agencies, are awaiting answers,” Lofthus wrote. “Upon receiving answers to these questions, the Justice management division will provide additional guidance outlining the process for DOJ components to submit training materials for review and approval.”

Other events organized by DOJ employees and affinity groups have also been canceled. For example, a lunchtime Zoom conversation with former U.S. attorney Jessica Liu and Regina Lombardo, the acting director of the Bureau of Alcohol, Tobacco, Firearms and Explosives, is also canceled.

The DOJ Gender Equality Network, as well as the department’s civil and environmental and natural resources divisions, organized the event, originally scheduled for Wednesday. It was supposed to “explore ways to increase gender diversity in leadership positions at DOJ,” according to a flyer for the event.

In an email to Federal News Network, DOJ said Wednesday morning it hopes to reschedule the program and plans to work with the event’s sponsors to ensure that it and others meet the requirements of the executive order and OPM and OMB guidance. 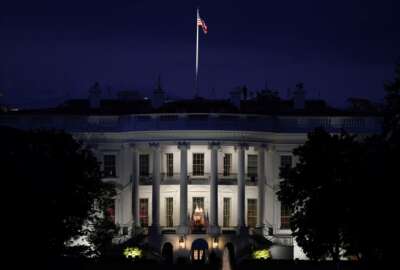 Industry pushes back against WH order on diversity and inclusion training