Agencies crossed a major pandemic milestone earlier this week, but for many federal employees, it’s still too soon to put a firm reentry date on their calendars — despite pressure from some members of Congress to see the workforce back in-person as soon as possible.

The Biden administration gave departments a July 19 deadline, this past Monday,...

Agencies crossed a major pandemic milestone earlier this week, but for many federal employees, it’s still too soon to put a firm reentry date on their calendars — despite pressure from some members of Congress to see the workforce back in-person as soon as possible.

The Biden administration gave departments a July 19 deadline, this past Monday, to submit agency reentry plans to the White House for review.

While some agencies have set broad dates for when more employees might return to work in-person, the planning isn’t nearly over. Individual subcomponents and local offices are still working out their own details, and many are bargaining over agency reentry plans with employee unions, as the administration instructed.

The Agriculture Department is eyeing an Oct. 1 reentry date for some — but not all — of its employees.

USDA subcomponents and staff offices are preparing their own, more detailed reentry plans in collaboration with their unions, Jewel Bronaugh, USDA’s deputy secretary, said Monday in an email to employees, which Federal News Network obtained and a department spokeswoman confirmed.

The plans are due in mid-August.

At the Labor Department, offices will reopen on a phased basis, starting with 50% of the workforce no earlier than Sept. 7, Secretary Marty Walsh told employees earlier this week.

“This does not mean all staff will return right away starting Sept. 7,” Walsh said in his own email, which Federal News Network obtained and the department confirmed. “Employees will receive ample notice before they will need to return onsite, and this will require a lot of planning and conversations within agencies, between leadership and employees and supervisors and employees. All of this will begin to happen in the coming weeks.”

The Social Security Administration, which has weathered criticism from both Republicans and Democrats for keeping field offices closed during the pandemic, will have more time to finalize its own agency reentry plan, acting SSA Commissioner Kilolo Kijakazi told employees earlier this week.

The Biden administration installed Kijakazi as the acting SSA leader after the president fired Andrew Saul as the agency’s commissioner earlier this month.

Kijakazi has been on the job less than two weeks and said she’s meeting with agency experts and employee unions.

“As our country rebounds from a pandemic that has changed how we engage in our communities, the need for our services is tremendous, particularly for people facing barriers to our services,” Kijakazi said in an email to employees, which Federal News Network obtained. “I know you are wondering about what we are planning for the government-wide transition back to the office and are particularly interested in telework.”

SSA got more time from OMB to finalize its plan given recent leadership changes, Mark Hinkle, an agency spokesman, said in an email.

“Upon OMB’s review and approval of our plan, we will then meet any applicable labor obligations associated with the plan,” he said.

SSA field offices remain closed to the public except for those with dire-need appointments, a point of particular frustration for a group of House Republicans, who wrote to the leaders of the Safer Federal Workforce Task Force last week with their concerns.

“As countless constituents have confirmed, the federal government’s current service offerings simply cannot match those that were previously being provided in-person,” House Republicans, led by Minority Leader Kevin McCarthy (R-Calif.), said in their letter. “If agency heads are required to bend to the whims of union bosses before reopening offices, as the task force appears to be requiring, our constituents, for example, will continue to be required to mail in vital documents — such as birth certificates and drivers licenses — to the SSA for an unknown period of time in order to access their Social Security benefits.”

McCarthy and his colleagues chided the administration for their instructions to agencies, which include bargaining with federal unions and giving employees at least 30 days’ advance notice before asking them to return to work in-person.

At USDA, employees will have at least 45 days’ advanced notice before returning to the office, a number the department said it reached after soliciting union feedback and reviewing its collective bargaining agreements. In a series of frequently asked questions, USDA said employees could potentially have as long as 90 days’ notice.

To help employees with the transition back to the office, USDA is considering upgrades to its employee assistance program, and it’s preparing resources for employees and managers.

Once employees return to work in-person, USDA’s new telework policy — up to four days a week for those who are eligible — will apply, the department said. USDA is still working on a new telework and remote work policy.

The department is also piloting a vaccine self-certification program, which will allow employees to voluntarily disclose whether they have been fully inoculated from COVID-19 or not.

USDA said it’s developing the best way to collect that information, and employees will not be considered as “not following directions” if they decline to volunteer their vaccination status. The department will, however, treat those individuals as unvaccinated and mask requirements will apply, USDA said. 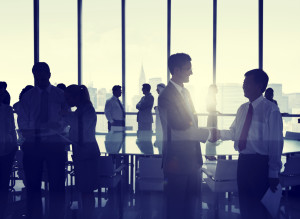