Andrew Saul is out as the commissioner of the Social Security Administration.

President Joe Biden asked Saul, who began his tenure back in 2019 under the Trump administration, for his resignation Friday morning, a White House official told Federal News Network.

Biden also asked for the resignation of David Black, the agency’s deputy commissioner.

“Andrew Saul refused to to resign as requested, and he was notified his employment as commissioner was terminated immediately,” the official...

Andrew Saul is out as the commissioner of the Social Security Administration.

President Joe Biden asked Saul, who began his tenure back in 2019 under the Trump administration, for his resignation Friday morning, a White House official told Federal News Network.

Biden also asked for the resignation of David Black, the agency’s deputy commissioner.

“Andrew Saul refused to to resign as requested, and he was notified his employment as commissioner was terminated immediately,” the official said. “David Black has agreed to resign and we thank him for his service.”

Kilolo Kijakazi, a Biden appointee, told employees Friday afternoon she will serve as the agency’s acting commissioner. She came to SSA from the Urban Institute and has been serving as the agency’s deputy commissioner for retirement and disability policy.

The White House said Kijakazi will lead SSA on an acting basis until the search for a new commissioner and deputy commissioner is complete.

“Today, President Biden made the decision to change agency leadership and has asked me to serve as the acting commissioner,” Kijakazi, said in an email, which Federal News Network obtained. “Over the past several months, I have gained great appreciation for SSA and I have witnessed the commitment you bring to public service each day.”

“I thank former Commissioner Saul and Deputy Commissioner Black for their service to the public,” she said in the email. “I am a strong believer in collaboration and [SSA chief of staff] Scott Frey and I look forward to working with all of you. This is a pivotal time for the agency and the nation and I know we can overcome any challenge when we confront it together.”

Saul told the Washington Post, which was the first to report his termination, he planned to dispute the White House’s decision and would sign on to work remotely on Monday morning.

Saul was supposed to serve a six-year term that expired in January 2025. His removal on Friday comes one day after the Justice Department determined the president could legally remove the SSA commissioner at will in light of recent Supreme Court cases.

Under statute, the president can only remove the SSA commissioner for “neglect of duty” or “malfeasance in office.” The Supreme Court decided last year a provision requiring “cause” for the removal of the Federal Housing Finance Agency director was unconstitutional.

It issued a similar decision earlier this year about the removal protections for the director of the Consumer Financial Protection Bureau.

Saul has come under fire in recent months from Democrats and federal employee unions for his handling of the agency’s services during the pandemic and employee telework policies.

“Since taking office, Commissioner Saul has undermined and politicized Social Security disability benefits, terminated the agency’s telework policy that was utilized by up to 25% of the agency’s workforce, not repaired SSA’s relationships with relevant federal employee unions including in the context of COVID-19 workplace safety planning, reduced due process protections for benefits appeals hearings, and taken other actions that run contrary to the mission of the agency and the president’s policy agenda,” the White House official said.

The American Federation of Government Employees, which has called on the Biden to remove Saul since the early days of the administration, quickly applauded the news.

“It’s a new day at the Social Security Administration,” Ralph de Juliis, president of the AFGE council representing SSA employees at the agency’s field offices, said Friday. “Andrew Saul and David Black spent nearly three years dragging down the quality of service the American people deserve. They have destroyed employee morale, mismanaged the distribution of key stimulus relief funds to millions of elderly and disabled beneficiaries and led the charge to create an anti-employee, anti-union workplace.”

AFGE, as well as the Association of Administrative Law Judges, have said bad-faith bargaining has continued at SSA through this year, despite attempts from the Biden administration to restore labor relations across government.

SSA field offices have been mostly closed  to the public since the pandemic began last March, but members of both sides of the aisle have expressed frustration with the agency’s COVID-19 workarounds.

The vast majority of the SSA workforce has been teleworking for more than a year, but only after employee unions and some Democratic senators chided the agency for the contentious cuts it made to its remote work program in the month leading up to the pandemic. 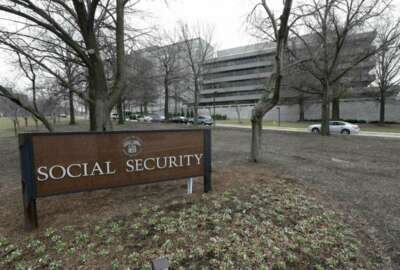