Ever-worsening fire seasons pose complicated challenges for federal firefighters, but perhaps an even more complex puzzle for agency officials trying to expand their capacity within the bounds of a rigid personnel system.

The Biden administration last month announced a series of initial steps it would take this year to expand capacity within the federal firefighter workforce.

Those steps are a start, but they’re not enough to support and sustain a workforce that has been asked to do more with less in recent years, according to the National Federation of Federal Employees, which represents many seasonal and permanent firefighters.

“Our firefighters need a permanent deal on pay, benefits and work-life balance,” Randy Erwin, NFFE national president, wrote Friday in a letter to the White House. “This is a unique opportunity to invest in our people, increase union jobs, save taxpayer dollars and professionalize our firefighting workforce who risk their lives for the American people and our communities every day.”

Federal firefighters won’t make less than $15 an hour, the Biden administration announced late last month. Permanent firefighters up to the GS-9 level will earn a 10% retention incentive, while seasonal workers who commit to staying on for the season will earn a $1,000 spot bonus.

The administration described these steps as “short-term solutions” and added that it will work with Congress on “longer-term much needed compensation, benefit and work-life balance reforms for federal wildland firefighters,” a White House fact sheet on the initiative reads.

Some federal wildland firefighters do make below $15 an hour, depending on where they work and their level on the General Schedule.

It’s difficult to move up the ranks, NFFE added. Wildland firefighters don’t often rise to the rank of captain, as a GS-8, until eight to 10 years in, the union said, and nearly half of their salaries come from overtime or hazard pay.

To keep current federal wildland firefighters and incentivize temporary employees to become a permanent part of the workforce, NFFE suggested the White House find a way to boost their pay by at least 50%.

Among its other suggestions, the union recommended the creation of a brand new pay and classification system for federal firefighters, one that encourages promotion and professional development opportunities and directly embeds hazard pay into each level, NFFE said.

Those temporary retention incentives and bonuses should become permanent fixtures in agency budgets, the union added.

“Our agencies provide some of the best training and experience, but many experienced firefighters leave once they get to journeyman level for better pay elsewhere, from $21 an hour up to triple that,” Erwin said. “Pay increases will improve workforce retention, which saves on training costs and ensures we have the most experienced hands on the fire line.”

The Biden administration will also  focus on transitioning a seasonal federal firefighting workforce to a permanent one.

“With fire seasons turning into fire years, it is imperative to have a year-round workforce that is available to respond at any time, that is supported and equitably compensated and is available to undertake preventive actions like hazardous fuels management treatments during periods of low fire activity,” the White House said.

OPM, for example, approved an exemption to the Agriculture and Interior’s Department’s season, allowing federal firefighters to work more hours.

The Interior Department will hire 210 new employees and will convert 575 seasonal workers into permanent federal firefighters this fiscal year, the administration said, while the Agriculture Department got an extension on its dire-hire authority for additional personnel.

All told, the Forest Service and Interior have 15,000 federal firefighters, and the agencies have another 13,000 “surge” employees who are qualified to respond, the White House said.

But for NFFE, it’s not enough.

“Due to worsening fire conditions, the United States will need a rough estimate of 10,000 to 20,000 additional firefighters within the Departments of Agriculture and Interior,” Erwin said. “Conversion of 1,000 seasonal firefighters to year-round, permanent positions is an important first step, but it will not meet the rapidly increasing demand for firefighters. Year-round employment may also mean year-round deployment, which potentially deprives our firefighters of critical off-season recovery time from fatigue and the stress of the job.”

Agencies should more broadly reduce their reliance on hiring temporary firefighters, in part, because the nature of the work is no longer truly temporary, NFFE said. Temporary workers also lack many of the same job protections and benefits, including retirement contributions, as their permanent colleagues.

A bipartisan pair of House members recently reintroduced legislation that would allow former seasonal or temporary federal workers to make “catch up contributions” toward their retirement, giving them a shot at retiring after at least 30 years’ service.

NFFE suggested the executive branch consider hiring seasonal or temporary firefighters who have successfully completed a one-year probationary period — and eliminate the practice of requiring firefighters to work less than six months in a year to be eligible for rehire the next year.

Finally, the union encouraged the administration to strengthen and develop new mental health and employee assistance programs for federal firefighters.

“Many of our firefighters have witnessed their colleagues injured or killed on the job and have experienced their own close calls,” Erwin said. “We need a new program that is fully accessible in rural areas, staffed with professionals who know trauma and treat PTSD, depression and substance abuse, and includes comprehensive suicide prevention and crisis support.” 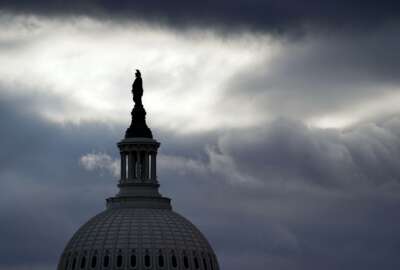 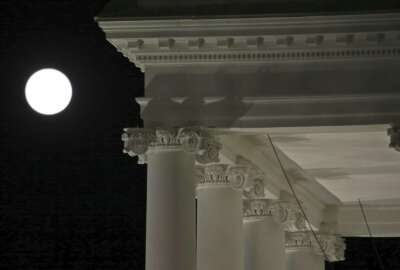 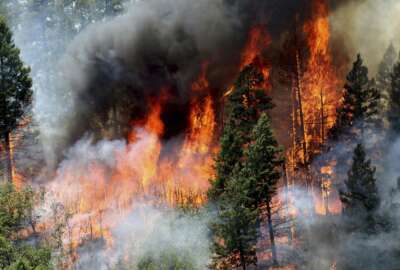