The Federal Drive with Tom Temin spoke with Debra Roth, a partner at Shaw Bransford & Roth. She’s a long time specialist in taking federal managers’ cases to the Merit Systems Protection Board. Her firm also supports the Senior Executives Association. Roth explained why the Senate has failed to vote on the three nominees before it, and also...

The Federal Drive with Tom Temin spoke with Debra Roth, a partner at Shaw Bransford & Roth. She’s a long time specialist in taking federal managers’ cases to the Merit Systems Protection Board. Her firm also supports the Senior Executives Association. Roth explained why the Senate has failed to vote on the three nominees before it, and also a bit of history about the board.

Debra Roth: You know, in the last five years, beginning back when MSPB lost its quorum, which was five years ago this month, when Susan Grundmann stepped down from her, because her term had expired, they lost its quorum. We’d been, on behalf of the CA, we’d certainly been in both chambers talking to both chambers and both parties about the need for a quorum and for nominees who were confirmable. And you know, there were some problems in the Trump administration with whether a consensus across parties about whether the nominees were confirmable. But ultimately, they did get to a seat of nominees who just never got confirmed.

Tom Temin: Well, Debra, why is the MSPB important in the first place? Who should care?

Debra Roth: It is what its name is: The Merit Systems Protection Board. More than 100 years ago, you know, our country, we decided 100 years ago to convert it from a spoil system —a political, a patronage system — to one of merit. When you think about all of the functions that the executive branch performs for citizens across our country, there was a decision made that these should be qualified individuals who did things based upon established congressional mission, as opposed to what was good for the politics of the head of this branch of government. And so was created a merit system. It is not a patronage system, except at the very top of the executive branch, where the President gets to appoint his or her nominees. But the bread and butter of every day of what the federal executive branch does is performed by about 2 million career nonpartisan, apolitical, merit-based workers. And Congress decided many years ago that that was the best way to have these goods and services delivered to the public, by career, non-political, merit-based individuals. And to ensure that the delivery of services is free from partisanship, politics, non-qualified individuals, it provided statutory rights and a safety net for those individuals who might suffer job action to go test the legitimacy of the job action. Is the action being taken against them for legitimate merit reasons? Or am I moving you out of this job, or punishing you, really for a partisan political reason? And that all gets tested at MSPB?

Tom Temin: And by the way, does the MSPB date back as far as the merit system itself, or that’s a later institution?

Debra Roth: It is. Its precursor was the Civil Service Commission, which was for decades before that. MSPB came into existence by statute in 1978. I like to think of MSPB as it’s this very quiet institution that keeps the rest of the executive branch honest.

Tom Temin: So now we have a set of politicians on the Hill that have made the functions of the federal executive branch a big part of what Congress cares about. And so what could be motivating them to go five years without being able to establish a quorum? The entire Trump administration, and now a year into the Biden administration, and they still can’t confirm nominees that are there?

Debra Roth: It starts with who knows, right? You get answers, you know, you go and and you have dialogue in both houses. The Senate is is constitutionally the chamber that confirms the president’s nominees. But both houses tend to have sometimes input into that process. And so you go to both chambers, you go to both parties, you go to the committee of jurisdiction, you go either into McConnell’s office or Schumer’s office, depending upon, you know, who’s in charge of the Senate, and you get various forms of polite finger-pointing. And I like to say that the hill is filled with Kabuki — you never really know what’s going on. And I think there’s a lot of different things that go on, so it’s possible it’s many different things all at once. Certainly during the Trump administration, initially there was concern across the community with several different nominees, that eventually there was a series of nominees — there was a set of nominees — that were in place that, you know, were viewed to be essentially confirmable and then never got confirmed.

Tom Temin: We’re speaking with Debra Roth, an attorney and partner at the law firm Shaw Bransford Roth. And so you’ve heard things around town, though, in your position, and also association with the Senior Executives Association. You’re known to be connected there. What could be going on?

Debra Roth: There’s many different theories, some of them being that maybe there really is a secret agenda. One way, you know, to disrupt and shut down a civil services, you just strip it of its foundational institutions. And one of those institutions is MSPB. So if you don’t believe in a civil service and a merit based system, then you don’t confirm people to these institutions. And it’s been very difficult to get to the truth of that. Is that really a hidden agenda for members in the Senate who maybe profess disagreement — dislike — for the civil service and for federal workers? Is this one way to get to the end, which is no more civil service in the executive branch?

Tom Temin: If that was the Republicans, now you’ve got the Democrats both in control of the Senate and the White House, and still no MSPB.

Tom Temin: Yeah, so we’ve got Cathy Harris — who was in and out, and back in, as a nominee — Raymond Limon and Tristan Leavitt. These are the three nominees.

Tom Temin: And he has experience working for the board as an employee.

Debra Roth: Tristan, I believe he started his career in the house, doing oversight work on title five agencies, then did a short tenure over at OSC — Office of Special Counsels, the deputy special counsel — and then over to MSPB, where he’s currently I believe the general counsel.

Tom Temin: And these three people were before the Senate as far back as last September. And there have been, I mean, it’s been slow in the Senate. So what do you think’s holding them up?

Debra Roth: Yeah. And you’re asking me, this is Debra Roth, right. So the first thing I say is, I don’t know, can the Senate walk and chew gum at the same time? They had very big pieces of legislation in the last Congress 2021, you know, with national implications that they wanted to get through. They did get a lot of people confirmed; they got a lot of judges confirmed. It didn’t trickle down to what I would call the institutions — the institutions that are the foundation for a functioning government. Places like MSPB and FLRA got no attention. They came out of committee, but they never got any further than that. And then just recently, in the last week or so, I had heard that, at least third, fourth or fifth hand, that the holdup now could be from the largest union representing federal workers, which is AFGE. I want to emphasize that I’ve heard this at least third, fourth, fifth hand that AFGE does not back the three nominees. On behalf of the Senior Executive Association during the Trump administration and the Biden administration, SEA was on the Hill making that point. Hundreds and hundreds and hundreds and hundreds and hundreds of thousands of workers not in a bargaining unit. And their forum is MSPB. That’s where they get their due process. That’s where they get their evidentiary hearing. When their employer — a federal agency — takes some action against them that they feel was illegal. Was it whistleblower reprisal? Was it partisan politics? Whatever their defense is, MSPB is where they get their hearing, 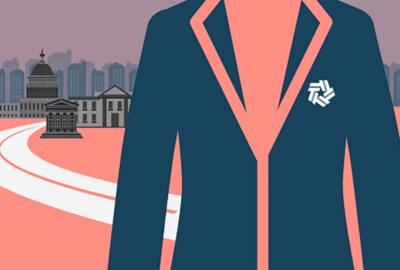 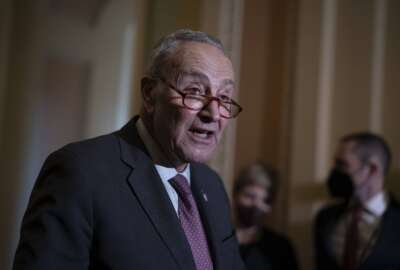 Schumer: Senate to vote on filibuster change on voting bill