Best listening experience is on Chrome, Firefox or Safari. Subscribe to Federal Drive’s daily audio interviews on Apple Podcasts or PodcastOne.
“A brand new agency — the General Services Administration — has started operations.”
So read the press release sent out to Sunday papers just over 70 years ago this month, two days after President Harry S. Truman signed the Federal Property...

So read the press release sent out to Sunday papers just over 70 years ago this month, two days after President Harry S. Truman signed the Federal Property and Administrative Services Act of 1949.

Today, GSA’s influence and impact is felt across every part of federal, state and local government and throughout the private sector.

In the first part of an ongoing special report, Lenny Loewentritt, the deputy general counsel, and Mary Davie, director of the New Pay quality service management office, two of the longest serving GSA employees, sat down with Federal News Network Executive Editor Jason Miller to discuss how the agency has expanded and matured over the last seven decades. Here are excerpts from that conversation:

Jason Miller: How long have you been at GSA and why did you start working here?

Lenny Loewentritt: Forty-seven years — I started January or February 1972. I was in law school and I came here during my last year in law school as a law clerk. [After] I graduated they asked me to stay on. I became a GS-9, a legal intern and I took the bar exam and when I passed the bar, they asked me to stay on as an attorney. And I’ve been here ever since. My entire professional career has been with GSA’s Office of General Counsel.

Mary Davie: I started almost similar to Lenny [in the late 1980s]. It was a summer job between my junior and senior years of college. I started with the FedSIM program. They provide assisted acquisition to other federal agencies. They also asked me to stay on after I graduated, which I did not do initially and I spent a year outside and then thought that was a bad idea. So I came back. I wasn’t a contracting officer, but I worked as an IT project manager supporting numerous federal agencies and did that for the first 10 years of my career.

JM: What made you stay at GSA for your entire career?

LL: I tell you, I love working here. I look forward to coming into the office and addressing the many challenges. GSA is one of the central agencies for the executive branch as well as other federal agencies. So our span, our mission is not mostly internal facing but effectuating the mission of our sister federal agencies. Our responsibilities are so broad, are so far reaching of such value to the American tax payer that I feel that we really are contributing to the success of the federal government and its mission. And I think that’s an incredibly important mission. And that’s the reason I’ve stayed at GSA my entire career.

JM: Talk a little about how you’ve seen that the changes that have occurred at GSA during your career.

MD: [At the beginning of my career], we were just very focused on sort of a niche kind of market and we really weren’t, paying attention much to what other agencies were doing or what requirements look like across government. I think a big turning point also was in 2004 with the strategic sourcing memo that came out of the Office of Management and Budget where agencies were asked to not only look at what they were sourcing across an agency because there was still a lot of acquisitions going on within an agency that were independent. But then the memo introduced the need to look across all agencies to say, “how could we source office supplies, IT, travel and all the things that were in that first tranche of strategic sourcing categories.” That’s when I think the real collaboration really started across government to look at how to do acquisition better together rather than a lot of just independent contracts, a lot of independent governmentwide acquisition contracts (GWACs) and people were certainly using the schedules quite a bit then for all multitude of things. But I think the collaboration really started with some of the drive towards strategic sourcing, and then the follow on with category management. 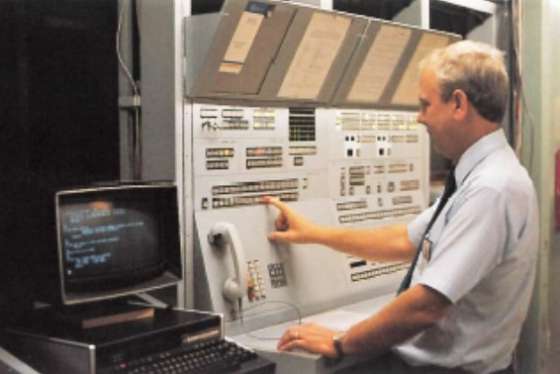 See how the General Services Administration has changed over the decades, from serving small businesses to technology and telecommunications modernization.

MD: Back in the day we were also mandatory and all the IT spend had to go through GSA for approval. A lot of times we were actually doing the procurement and people thought of us as slow and not responsive because we were the mandatory source. So therefore, we were not customer driven. When that all changed, that’s when GSA really had to pay attention to the customers, what they needed, what they wanted, how to do things like shape the schedules to make them more responsive to agency needs, as well as change our interaction with the industry. What is going to make it attractive for the industry to do business through GSA and how do we make sure that the mission of common services can be supported because it’s attracted to industry and to the agencies. So I think it has certainly been an evolution. A number of things have contributed to a where we are today.

LL: The structure of GSA has largely remained the same, but the organizational reporting structure has somewhat changed over the many years. We were more stovepiped in the past. We had 10 regions and now we have 11. We expanded the National Capitol region [which] used to be part of region three, our Philadelphia region. But, of course, being the headquarters of most federal agencies, we added an 11th region. Each region was really responsible for its own programs, its activities, its leasing, its construction, its acquisitions, but over the years we’ve more centralized the responsibilities and age of the agencies. For example, we used to have what were called regional assistant administrators who answered to the regional administrator. But we want it to be able to have some uniformity in the way we provide our services to agencies. So now the commissioners of the two main services — the Federal Acquisition Service and the Public Building Service — oversee many of the functional day to day activities of the both central office and the regions to ensure that we are efficient and that we’ve got continuity and consistency in the services and products that we acquire.

Breadth, depth of the mission

LL: I think there’s more pressure now as the tax dollars are being utilized in the most effective manner on behalf of the taxpayers. That really should be the role [of GSA] to provide an efficient system on behalf of the federal government in terms of continuity, efficiency and service. That is the three words used in our organic legislation that established GSA. And I think we continue to do that even more forcefully than we ever had.

JM: Talk a little bit about the pressure that is pushing GSA to be different today than it was 10, 15 or 30 years ago.

MD: At least as long as I’ve been involved in some of the governmentwide initiatives, it seems to me that OMB particularly has become more and more reliant on GSA to implement things like cybersecurity policy and guidance, and deliver developed solutions, helping with shared services and the 21-point plan for federal IT. There’s all kinds of guidance and policies and things that OMB develops and comes out and a lot of times GSA is either helping to write it along with the other agencies, but then often times we’re asked to implement it, make a solution for it, stand up a project management office like category management. So to me that says that agencies are seeing GSA as a central place to go for a lot of these solutions and it [is] really a convener.

We’re not just taking that policy or that guidance and developing things by ourselves, but then we are working across all the agencies to figure out what’s working, what’s not working, what do they need. We are talking with the industry to come up with solutions, for things like category management for software or for IT services for cyber or for networks and telecommunications. I have seen GSA’s mission definitely evolve as the more we are asked to do actually the better it is for everybody.

From buried treasure to aircraft to IT

JM: I think most people understand the breadth and depth of GSA’s mission, but what else would you point to that most people probably don’t know or don’t realize about the agency.

MD: There’s also a lot of that where somebody may have known something that they either heard or had experience with GSA some number of years ago and things are continually evolving or we’re getting into new places and doing new things, which maybe there’s not the awareness there. You talk about the travel community, but they may have no idea what’s maybe going on in the IT community. So again, the diversity of GSA is enormous. I think people are surprised by the diversity and the solutions that we offer. It always takes a village and it takes every agency providing us with input and having a seat at the table, and quite frankly, the commitment so that the industry sees this is the government solution and this is how we should be moving toward.

LL: We have an experience and expertise that’s unique. It’s not just procurement. It’s not just leasing and construction. It’s the breadth of what GSA does. We manage the civilian aircraft of the federal government to ensure that it’s accounted for the safety. So there are numerous areas, some of the esoteric, for example, treasure troves, if their is sunken treasure on federal land, that comes to GSA. The breadth of what we do besides the traditional acquisition and maintenance of federal space is enormous. And that, that’s where I think folks should know about. 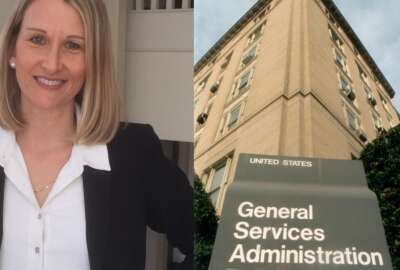