If there’s one thing House Democrats and the Agriculture Department can agree on, it’s that they’ve agreed to disagree about the direction the agency is taking with its proposed USDA relocation.

It became almost a running joke throughout Tuesday’s USDA appropriations hearing, as Rep. Sanford Bishop (D-Ga.), the subcommittee’s chairman, questioned Agriculture Secretary Sonny Perdue over and over about the department’s rationale for the move of the Economic Research Service (ERS) and National Institute of Food...

If there’s one thing House Democrats and the Agriculture Department can agree on, it’s that they’ve agreed to disagree about the direction the agency is taking with its proposed USDA relocation.

It became almost a running joke throughout Tuesday’s USDA appropriations hearing, as Rep. Sanford Bishop (D-Ga.), the subcommittee’s chairman, questioned Agriculture Secretary Sonny Perdue over and over about the department’s rationale for the move of the Economic Research Service (ERS) and National Institute of Food and Agriculture (NIFA) out of the Washington, D.C., area.

Bishop named dozens of former USDA and government officials, agricultural, research and statistical organizations and members of academia who he said had all expressed their opposition of the proposed USDA relocation plan.

“Mr. Chairman, I’m just amazed that all those people you mentioned could all be wrong,” Perdue said. “Certainly this is maybe one of those areas where you and I are friends but will have to disagree over the issue going forward.”

That disagreement could prove troublesome for the department, which at a hearing two weeks ago, said it was moving full-steam ahead with the USDA relocation.

The agency requested $25 million in its 2020 budget proposal to cover the costs of the move.

But a group of House Democrats, including Majority Leader Steny Hoyer (D-Md.) and D.C. Del. Eleanor Holmes Norton, have written to the appropriations subcommittee leadership urging them to not appropriate those funds for the USDA relocation.

Perdue told reporters after Tuesday’s hearing he wasn’t sure if the agency needed an appropriation to move ahead with the USDA relocation but that he expected House Democrats would go along with the plans after they received a final cost-benefit analysis for the move.

But at this stage, members on the House Appropriations Agriculture, Rural Development and Food and Drug Administration Subcommittee would likely disagree. And some have said they’re frustrated with how little detail the department has given Congress about its reasoning for the USDA relocation.

Bishop said the committee had only heard anecdotes about the benefits of moving ERS and NIFA outside the Washington area. USDA has said shorter commute times and cheaper home prices outside the D.C. area will make it easier for the department to hire top talent.

Perdue on Tuesday reiterated the department’s plans to release a cost-benefit analysis after he and his staff had chosen a final location for the ERS and NIFA site. He said USDA had, in fact, done an initial analysis of the proposed relocation.

“As we narrow this down and have a real cost-benefit analysis, we will further communicate our reasons and our recommendations and our values and our decisions,” Perdue said.

The department’s 2020 budget proposal includes a request for $267 million for renovations to USDA facilities in Washington, as well as $60 million for upgrades to the agency’s facility in Beltsville, Maryland.

According to Bishop, planned renovations at the USDA headquarters in Washington would add more seats for additional employees and could potentially save the department the $25 million it requested in relocation and potential buyout costs.

Without any renovations, USDA has 1,675 unoccupied seats in the capital region, Bishop said.

“That’s enough to provide for NIFA, whose lease is up in January, and probably ERS as well,” he said. “How in any way does it make budget sense to move ERS and NIFA outside of D.C. when there’s rent-free space here available?”

Perdue said the department is finishing a comprehensive analysis of existing space. Facilities for other USDA components are “virtually unusable” and could benefit from their own renovations or a move into the department’s headquarters.

That leaves 253 ERS and 315 NIFA employees who would be asked to move to a new location.

Bishop wasn’t the only member of the appropriations subcommittee who expressed concerns with the USDA relocation. Rep. Chellie Pingree (D-Maine) said she met with Perdue about the proposed relocation.

“I think you and I have reached an impasse,” she said.

At least two Republicans on the subcommittee said they supported the proposed USDA relocation.

USDA told House appropriators two weeks ago it would narrow down the potential areas of interest for a new ERS-NIFA site in the coming days, with plans to choose a final location in early May.

“I’m hoping [to have a list] in the next few days, meaning two-to-three weeks,” Perdue joked in comments with reporters.

More than 130 sites from 35 states expressed initial interest in hosting a new space. The department whittled down the initial list to 67 areas of interest last month.

The department inspector general is reviewing the proposed USDA relocation. 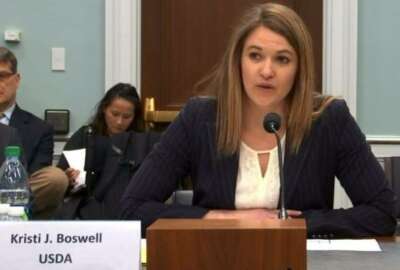 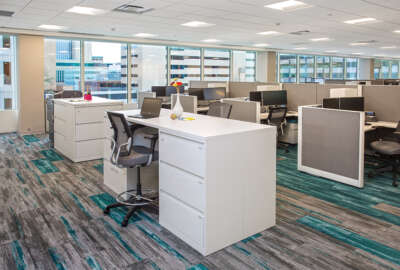 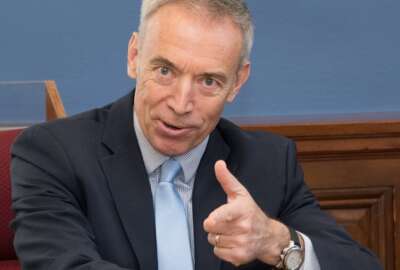 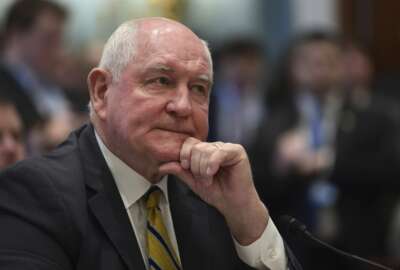