Agencies collectively could save billions of dollars over the next five years, if only they weeded out duplicative federal IT contracts, better coordinated infectious disease modeling and cracked down on existing category management initiatives, the Government Accountability Office said Wednesday.

These were just a few of the 112 new examples of fragmentation, overlap and duplication in the federal government, which GAO identified in its 11th annual report on the subject.

Agencies collectively could save billions of dollars over the next five years, if only they weeded out duplicative federal IT contracts, better coordinated infectious disease modeling and cracked down on existing category management initiatives, the Government Accountability Office said Wednesday.

These were just a few of the 112 new examples of fragmentation, overlap and duplication in the federal government, which GAO identified in its 11th annual report on the subject.

Agencies have fully implemented 57% of the more than 900 recommendations GAO has issued in the past nine years since starting these annual reviews on fragmentation, overlap and duplication. They’ve partially implemented another 22%, Comptroller General Gene Dodaro said.

GAO will release a more detailed estimate of agencies’ cost savings later this fall. As of 2020, agencies had saved a total of $429 billion through their efforts to eliminate fragmentation, overlap and duplication.

Still, agencies, and Congress, have plenty to do to weed out waste and overlap.

The Bureau of Prisons, for example, could identify the safety and operational risks of low staffing and high overtime use throughout the prison system, GAO said.

The Defense Department could revise calculations so its payments to private housing projects are based on national average rates, potentially saving millions of dollars each year.

“There are a lot of issues where multiple agencies are involved, and OMB really doesn’t have the bandwidth to be able to handle this and sort things out,” Dodaro said. “Then you combine that with a lot of turnover within the political leadership of these departments and agencies.

“You would need multiple committees to work together in order to help solve this problem,” Dodaro said. “It’s unfortunately endemic in our structure and our systems, but there’s a lot that could be done to better manage it.”

A federal program inventory, which Congress mandated in the Government Performance and Results (GPRA) Modernization Act of 2010, would also help both GAO and individual agencies get a better handle on instances of duplication and overlap, Dodaro said.

OMB took initial steps last year to compile a federal program inventory through a pilot, and it collected data on 12 broad areas. A total of 34 agencies identified more than 700 different programs.

“Their pilot that they have identified some limitations, but I think it was a good step forward. They incorporated some of our previous recommendations,” Dodaro said. “There are some data limitations. There are some consistency issues. They need to also link it to build on top of the DATA Act requirements, as well as the GPRA requirements. We’re going to get engaged.”

Dodaro said he met once with acting OMB Director Shalonda Young and Jason Miller, the agency’s deputy director for management, and he has another meeting scheduled with them later this month. GAO will also publish a report on OMB’s federal program inventory pilot, he added.

Congress contributes to fragmentation, overlap and duplication in government as well.

“Little around here gets done to fix the problem,” said Sen. Rand Paul (R-Ky.), the subcommittee’s ranking member. “Often Congress creates waste by wanting to look like we are doing something. I call this the big heart, small brain syndrome around here. Everybody wants to show they care, but nobody wants to think about well, did we already have a program that showed we cared two years ago that isn’t working?”

Paul and Sen. Maggie Hassan (D-N.H.), the subcommittee’s chairman, have introduced legislation that that would require GAO to review certain bills for possible duplication and overlap with previously existing federal programs, laws or other initiatives. The goal, Paul said, is to identify potential areas of waste before it happens.

Dodaro said the bill could make an impact, and GAO could implement it.

“We can do it. We have the skilled people,” he said. “We have the institutional knowledge across government and deep knowledge in programs and activities. We could use some support from Congress to do it in a quick manner.” 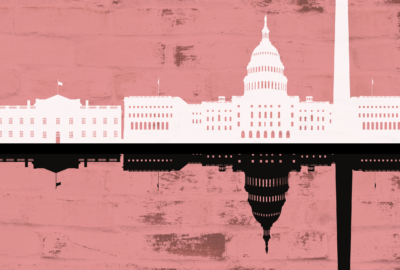 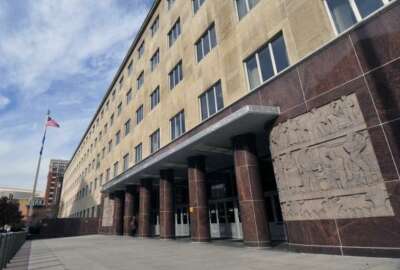