The likelihood of a continuing resolution to at least start the new fiscal year is almost 100 percent at this point. And while that’s one of the worst possible scenarios for agencies to manage, it’s not impossible.

In the leadup to Congress coming back and dealing with its budget problem, I’ve asked experts what to do to prepare for, and then deal with, a CR. The consensus: nothing will eliminate the problems a CR generates, but lots of communication will soften the impact.

Former Controller at the Office of Management and Budget Linda Springer called the forthcoming CR an “opportunity.”

“It’s good to look at this a little differently,” Springer said. Looking at unspent money is one opportunity that presents itself, both for the rest of the current year and the new one. Ascertaining where that money is requires high-level communication in agencies.

Former DoD Undersecretary of Defense (Comptroller) Bob Hale told me his former agency can manage a CR for about two months, but then: “If you extend that to six months and especially if you thought of extending that to a year, serious problems would result. It would be very ineffective. We’re not going to stop defending the nation, but we will do it less effectively, it will harm DoD’s mission and we’ll be right back in the situation we’ve been in for the last five years.”

DoD has done an effective job of communicating that to Congress, but members don’t seem to hear the message or care about it, likely the latter.

Keith Trippie, the former executive director for the Enterprise System Development Office in the Office of the Chief Information Officer at the Department of Homeland Security, said the communications problem the CR generates is the “ugly” part of the budget mechanism (as in “the Good, the Bad, and the Ugly”).

He recommends at least biweekly meetings with key customers and stakeholders to make sure they know where things stand. And you “must keep your leadership informed of delays, performance issues or new capabilities that will be pushed back in the year.” He also recommends “work[ing] closely with Communications Staff within your office, the UnderSecretary for Management and the Office of Public Affairs.”

Congressional leadership promises no shutdowns this year. But as the deadline gets closer, you’ll learn more about what the CR will look like, how it will affect you and your job, and how experts who have lived this before suggest you deal with what’s ahead. 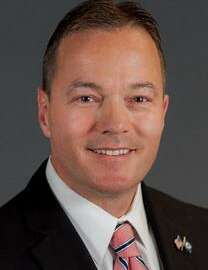 Keith Trippie: The good, bad and ugly of a continuing resolution

Continuing resolution an opportunity, not shutdown, for government agencies