When it comes to marketing itself to the American public, the Army believes it’s in the midst of something of an identity crisis. Its research on the subject says nearly half of the young adults that make up its recruiting base have little or no knowledge of what military service is.

So for the first time in two decades, the Army is overhauling its more than $300 million advertising and marketing program. Effective Aug. 1,...

When it comes to marketing itself to the American public, the Army believes it’s in the midst of something of an identity crisis. Its research on the subject says nearly half of the young adults that make up its recruiting base have little or no knowledge of what military service is.

So for the first time in two decades, the Army is overhauling its more than $300 million advertising and marketing program. Effective Aug. 1, officials abolished the Army Marketing and Research Group (AMRG) and replaced it with a new organization called Army Enterprise Marketing. Instead of a Pentagon headquarters, the new group will be based in the same city as DDB Chicago — the firm that won a $4 billion, ten-year contract last November to handle the Army’s advertising.

“Chicago was at the top of the list because it’s a center of learning for marketing and it’s a center of industry for marketing,” Dr. Casey Wardynski, the assistant secretary of the Army for manpower and reserve affairs told reporters Thursday.  “The [private sector] talent is already there. We don’t have to bring talent in.”

And organizationally, the Chicago-based group will be a different sort of animal from the one it’s replacing. AMRG, which made headlines last year when one of its senior officials was caught up in an alleged conflict of interest with a firm competing for the advertising contract, was dominated by civilians.

To lead Enterprise Marketing, the Army picked Brig. Gen. Alex Fink, an Army reservist with a marketing background. And roughly 70 percent of the new office will be staffed by uniformed personnel with a variety of fields, from logisticians to infantry officers to Army Rangers.

That’s mainly because the Army wants its own marketing staff to serve as “translators” for DDB as it tries to refine its messaging campaigns to emphasize the range of career paths available across the service. Those campaigns will include an emphasis on expanding beyond traditional TV and display advertising, and into the digital realm.

“We just need to modernize. We need a new agile approach to how we do marketing,” Fink said. “We’re not showcasing all of the opportunities in the Army, and we need to show the breadth and depth. Everything we do in digital space will be integrated, but we can hyper target, we can make sure that we’re always delivering a message that we believe will resonate with someone that we’re interested in.”

To decide on the structure and makeup of the new organization, the Army consulted with the Office of Personnel Management and with chief marketing officers from private industry. Those talks led Army leaders to the conclusion that Army Enterprise Marketing would still need a healthy contingent of civilian experts — but not necessarily experts in marketing.

They’ll come largely from other disciplines, including contracting, artificial intelligence and data science, and the Army is planning to use some of its direct-hire authorities to onboard and move them to Chicago as quickly as possible.

“The Army is becoming very much a big data organization to understand how things perform, what works, what doesn’t work, and I would say our marketing team will be a big data organization as well,” Wardynski said. “It won’t be information on kids, but it’ll be information on how a campaign functions, information on media channels, information about how the website is performing. And if you’re doing big data, the reason you’re doing it is to figure out what works. The internal scrutiny the Army has put on this effort and that led to this rethinking signaled the need for outcome measures.”

And while Army Enterprise Marketing will still be a relatively small organization even with its full complement of personnel, officials said it would differ from its predecessor by virtue of its direct accountability to senior Army officials.

Officially, the office will report to the Army’s deputy chief of staff for personnel, but Wardynski said the Army has also set up a governance structure that also ensures ongoing, direct involvement from his office and Army Training and Doctrine Command (TRADOC).

“That had not always been the case in the Army,” he said. “Different elements, at different points in time had more or less purview over the marketing efforts. Sometimes it was distributed to the field, sometimes it was concentrated here at the headquarters, other times it might’ve been located elsewhere. So here, we’re taking a very deliberate approach to thinking through the governance so we have an enduring approach that’s grounded in a strategy and the analytics to understand the times we live in and the effectiveness of the tools we can use.” 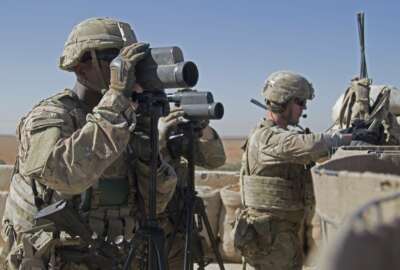 Data analytics, focus on cities are key to Army’s aim to grow its force