A new Senate bill aims to strengthen cybersecurity coordination between the Department of Homeland Security, and state and local governments. The State and Local Government Cybersecurity Act would encourage national cybersecurity watchdogs to share information, including threats, vulnerabilities, breaches and resources to prevent and recover from cyber attacks, with states and localities who are increasingly targeted by bad actors.

States’ vulnerability to cyber attacks was front and center during the 2016 presidential elections and federal watchdogs have pushed for more precautions, and resources to prevent similar incidents in 2020.

“State and local governments are responsible for safeguarding everything from election systems to an increasing amount of sensitive personal data – from social security numbers and credit card information to detailed medical records,” Gary Peters (D-Mich.), ranking member of the Senate Homeland Security and Governmental Affairs Committee, said in a statement Tuesday. “Despite being targeted by hackers and bad actors, states and local communities don’t always have access to the resources and expertise needed to protect your information from a breach.”

Committee Chairman Rob Portman (R-Ohio) said in a statement Tuesday that the bill will strengthen the relationship between DHS and state and local partners to protect IT infrastructures at all levels of government.

“Hackers with malicious intent can and do attack state and local cyber infrastructure consistently. Sometimes, state and local governments need some additional help or access to expertise to mitigate these threats,” Portman said.

Chris DeRusha, chief security officer for the state of Michigan, said the bill will help his state access resources, tools and expertise developed by federal government and national cybersecurity experts, which will enhance the security of information.

“Every day our state and local government networks experience millions of intrusion attempts by those looking to do harm,” he said.

“This cooperation with federal, state, and local agencies will advance our abilities to fight off cyber threats,” he said.  “In Macomb County, we have been working diligently with our academic partners to train the next generation cybersecurity professional to stay ahead of vulnerabilities and cyber breaches. This next step in collaboration will ensure that knowledge-sharing occurs at all levels of government and is key to our defense against attacks.” 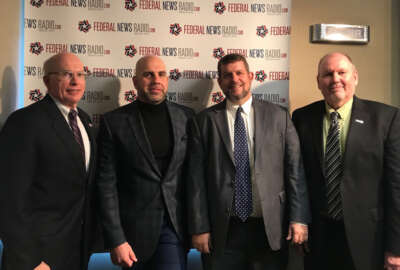 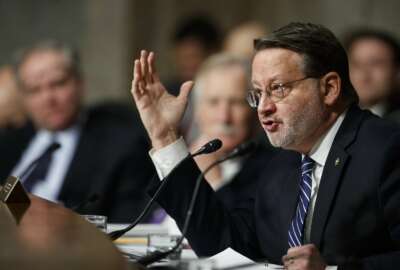