Federal employees officially averted a second government shutdown in 2019 — and secured new paid parental leave benefits and a 3.1% pay raise for the next year — with a few strokes of the president’s pen Friday evening.

President Donald Trump signed a trio of must-pass bills late Friday night, with little time to spare before the current...

Federal employees officially averted a second government shutdown in 2019 — and secured new paid parental leave benefits and a 3.1% pay raise for the next year — with a few strokes of the president’s pen Friday evening.

He signed two spending bills into law, securing full-year funding for all agencies through fiscal 2020 and averting a second government shutdown over the holidays. The spending package includes a 3.1% average federal pay raise for the civilian workforce, the largest such increase in at least a decade.

“Your devoted and vigilant efforts are critical to our nation’s success, as we work together to serve the citizens of our magnificent country,” Trump wrote in a letter to federal employees, which he Tweeted late Friday night. “Your great contributions to this nation are why I am pleased to inform you that I recently signed into law major improvements to compensation and benefits for federal employees included in the 2020 appropriations package and the 2020 National Defense Authorization Act. Through hard work and determination, my administration overcame partisan gridlock to get these bills to my desk and to deliver these real results for you and your families.

To Our Incredible Federal Workforce: pic.twitter.com/zIyXW834H5

The president also signed the annual defense authorization bill into law earlier Friday evening at a signing ceremony at Joint Base Andrews in Maryland. His signature finalized a new paid parental leave program for most federal employees. The program will allow federal employees up to 12 weeks of paid time off for the birth, adoption or foster of a new child.

The leave applies to men and women, and federal employees will have access to it starting in October 2020.

The pair of massive spending bills addresses a wide variety of funding and policy issues. But a 3.1% federal pay raise is perhaps the most notable feature of the spending package for civilian employees. The raise achieves pay parity with members of the military, who are also due a 3.1% bump next year.

For the civilian workforce, a 3.1% federal pay raise is the largest in at least a decade. Employees last came close to such a raise back in 2008, when they received a 3.5% pay adjustment.

“This pay raise reflects the excellent work of our federal workforce and compliments another unprecedented benefit that I also just signed into law, paid parental leave,” Trump wrote in his letter to the federal workforce.

Military members also received a similar note from Trump, where he described the administration’s accomplishments.

The president still must sign an executive order before the end of the year to make the 2020 raise and corresponding locality pay adjustments official. The Office of Personnel Management also must finalize  pay tables for all 53 distinct locality areas.

Federal pay raises will go into effect on the first day of the first applicable pay period of the new year. Pay is frozen at 2019 levels for the vice president and senior political officials appointed under the Executive Schedule.

The two “minibus” spending bills, which Congress easily passed earlier this week, conform to the new spending caps set under the Bipartisan Budget Act of 2019.

The president had to sign both spending bills into law by the end of the day Friday to avoid a repeat of last year’s government shutdown, which began nearly one year ago today.

Instead, agencies have secured full-year funding for 2020 worth nearly $1.4 trillion.

The spending package, for example, provides the Census Bureau with $7.6 billion, $1.4 billion more than what the president requested, for the upcoming decennial count.

In addition, the bills urge the Social Security Administration to reinstate a previously canceled telework program for some 11,000-to-12,000 operations employees, reject funding requests for the Bureau of Land Management’s relocation to Colorado and give OPM a needed budget boost.

With the signing of the National Defense Authorization Act, the Trump administration has secured $738 billion in Defense funding for the fiscal year that began Oct. 1, plus another $5.3 billion for emergency disaster recovery on military installations damaged by natural disasters in North Carolina, Florida, Nebraska, Louisiana and California.

Federal paid parental leave is the main NDAA attraction for the federal workforce. But the sprawling defense policy bill will also create a U.S. Space Force as a separate branch of the armed services.

“We thank the leadership in the House and Senate for working together in a bipartisan fashion to complete these bills, which will further the federal government’s critical work on behalf of everyone who calls this great nation home,” Everett Kelly, national secretary-treasurer of the American Federation of Government Employees, said Friday night in a statement. 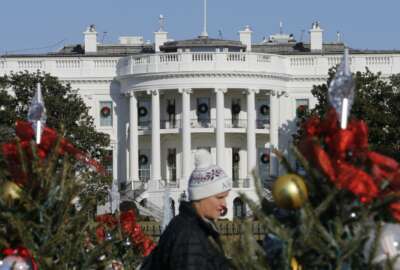 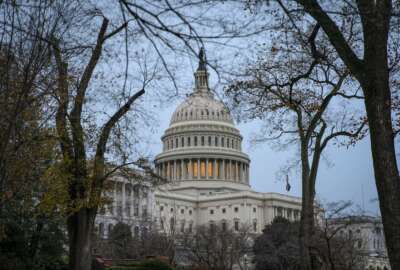 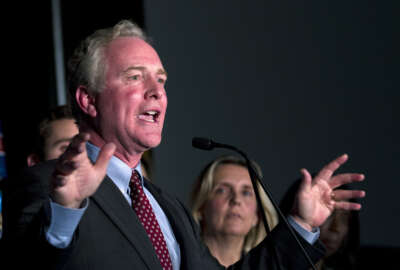