With the 2-year budget deal signed into law, what’s next for federal employees?

The two-year, bipartisan budget deal the President signed on Friday afternoon brings a slight sense of security to federal employees and their agencies, setting topline spending figures for 2020 and 2021.

The Bipartisan Budget Act of 2019 raises defense and domestic spending limits for the next two years by about $100 billion. It also extends the debt ceiling through July 31, 2021 — sets aside additional funding veterans health care and other initiatives.

The two-year, bipartisan budget deal the President signed on Friday afternoon brings a slight sense of security to federal employees and their agencies, setting topline spending figures for 2020 and 2021.

The Bipartisan Budget Act of 2019 raises defense and domestic spending limits for the next two years by about $100 billion. It also extends the debt ceiling through July 31, 2021 — sets aside additional funding veterans health care and other initiatives.

The prospect of a similar offset was unlikely with a democratically-controlled House. But the Senate had briefly considered a proposal in its 2020 budget resolution, which suggested the Homeland Security and Governmental Affairs Committee could find $15 billion in savings over the next five years by raising federal employee contributions toward their retirement.

Congress never adopted the budget resolution. The offsets that were included in 2019 budget deal are relatively minimal and extend the authority to collect customs fees for 10 more years.

The recent budget deal also avoids the threat of automatic spending cuts through sequestration, which would have kicked in at the start of the new fiscal year under the Budget Control Act of 2011.

The budget deal is a start, but only that. The Bipartisan Budget Act of 2019 reflects what agencies will spend over the course of the next two years — not how they’ll actually spend the agreed-upon funding set by these caps.

Instead, twelve separate appropriations bills will spell out exactly what priorities and programs agencies will devote discretionary funding toward in 2020. Congress must pass all 12 of these bills — or a package of some of them — to avoid a full or partial government shutdown by Oct. 1.

On this front, the outlook is much murkier.

The House passed 10 of 12 appropriations bills before leaving Capitol Hill for the August recess.

One of these bills, the financial services and general government appropriations bill, cleared the House in late June. The bill includes a 3.1% pay raise for federal employees in 2020, as well as several provisions aimed at blocking the Trump administration’s proposed merger of the Office of Personnel Management with the General Services Administration.

The story, however, is much different in Senate. Not one appropriations bill has cleared the Senate, or the chamber’s appropriations committee for that matter. Appropriations subcommittees have yet to publicly release a draft of a single bill, mostly because senators and staffers were waiting for congressional leadership to agree to topline spending numbers.

“Federal employees are counting on Congress and the administration to finish the job by passing appropriations bills into law, on time, and giving federal employees the fair pay they deserve,” National Treasury Employees Union President Tony Reardon said Thursday in a statement.

When the Senate returns to Capitol Hill Sept 9, it will have about three legislative work weeks to come to some sort of funding agreement by the end of the fiscal year on Sept. 30. The Senate could introduce and vote on its own version of these appropriations bills in regular order.

But given Congress’ deadline, that scenario is unlikely if lawmakers want to avoid a second government shutdown this year. Some sort of temporary continuing resolution that extends current funding levels is perhaps a more likely scenario, though congressional leadership could agree to an omnibus spending package for 2020.

Predicting the prospects of a federal pay raise at this point are also difficult, particularly without a Senate appropriations proposal. Both the House and Senate must agree to a number and pass some sort of measure to override the President’s proposed pay freeze — if implementing a federal pay raise is, in fact, a priority for Congress.

According to that formula, which is based on the Employment Cost Index, federal employees are owed a 3.1% raise next year. It’s for this reason that federal employee unions and organizations have pushed Congress to make their own recommendation on a raise — and return federal pay itself — to the appropriations process.

It wasn’t until after the 35-day government shutdown this year that lawmakers cleared a 1.9% federal pay raise for civilian employees in 2019. Agencies didn’t begin implementing the 2019 raise, retroactive to Jan. 1, until April. 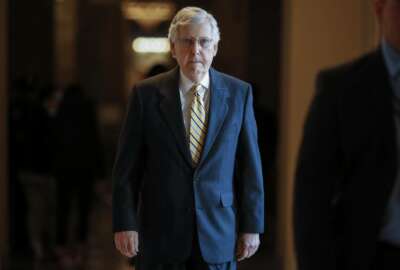