CIOs must herd cats before enjoying benefits of cloud

The Labor Department is busy getting rid of hundreds of legacy email servers. It’s part of the agency’s effort to move its commodity technology to the cloud.

And, like for many agencies, turning servers off is the easy part.

Five years after the Office of Management and Budget released the cloud-first policy, the move to the cloud is predicated by policy, legal and contracting decisions made by more than just the CIO.

The Labor Department is busy getting rid of hundreds of legacy email servers. It’s part of the agency’s effort to move its commodity technology to the cloud.

And, like for many agencies, turning servers off is the easy part.

Five years after the Office of Management and Budget released the cloud-first policy, the move to the cloud is predicated by policy, legal and contracting decisions made by more than just the CIO.

“The real challenge is not the technical decommissioning of the servers. As it’s often the case, it’s a policy decision,” said Dawn Leaf, Labor Department chief information officer during a recent panel sponsored by AFFIRM in Washington, D.C. “When you are getting rid of your legacy email, there is a lot of discussion, there’s a lot of legal considerations and across the board policy considerations. Once you get that defined, then moving email to the cloud archive environment and decommissioning servers is much simpler. So I’d say [our biggest challenge] is the policy prerequisite.”

So getting agreement on many of these policy decisions had to come before the use of the technology.

At the Transportation Department, the policy challenge is more about bringing every office and bureau under the same cloud umbrella.

Maria Roat, the DoT chief technology officer, said when it comes to cloud, her agency has one of everything.

“In addition to moving to the cloud, it’s about data centers, looking at over the next three years and where data centers are going away, aligning that with the investments and all the pieces and parts and where the mission is going. We are paying attention to all of that so it’s not just moving to the cloud,” she said. “We have between SaaS, PaaS, IaaS, there is 21 different things going on — different cloud providers, different applications, different infrastructures so we have a pretty good footprint.”

In fact, Roat said the number of DoT bureaus using cloud is growing. She said the Federal Motor Carrier Safety Administration is lifting all 250 servers and applications into the cloud.

“Part of what cloud is enabling us to do is take an enterprise approach where we haven’t been able to do that previously where there’s been a lot of different things going on across the department,” she said. “We are able to bring that together and using data a driver for some of that, merge some of these applications and take an enterprise approach and move some of these things into the cloud where they need to go.”

That enterprise approach that Roat talks about is coming, in part, from the agency’s implementation of the Federal IT Acquisition Reform Act (FITARA).

Richard McKinney, the DoT CIO, is putting a freeze on all IT spend across the department. McKinney is using the authorities under FITARA to move 60 percent to 70 percent of all commodity IT to shared or enterprise services.

Roat said that will help DoT conduct a baseline assessment of what IT the agency is currently using, and that data will help them standardize on specific platforms. She said DoT just completed a recent move to standardize a specific type of software.

“One of our platforms that we recently moved into the cloud over the last quarter is one of our geospatial platforms,” Roat said. “As we are taking an enterprise approach to geospatial, one of our platforms was running on an old 2003 system, hardware was way old. When you start looking at geospatial Web feature services and all that type of capability, it was overdue. This was one of those applications that really needed to go.”

Leaf added that the culture of server hugging and control is hard to break.

She said if it wasn’t FITARA wouldn’t have been necessary.

As part of the effort under FITARA is the move to a more centralized effort around procurement.

Transportation and Labor are looking at enterprise services, and now the General Services Administration is planning to set up a new contract for cloud computing services.

Stan Kaczmarczyk, the director of the cloud computing services in the Federal Acquisition Service at GSA, said the business case currently is under review by other agencies, and a draft request for proposal could be out by the end of fiscal 2016. He said GSA expects the new contract to be a multiple award indefinite delivery, indefinite quantity type of vehicle.

“We actually signed a memorandum of agreement with DISA and DoD, and they said if we put this new cloud contract in place, they will make it their favorite, their go-to contract,” Kaczmarczyk said. “Professional services will be part of it. The contract we will put in place will be true cloud.”

New cloud contract in the works

This new contract would partly replace the infrastructure-as-a-service contract, which expired last fall. The IaaS was among the first multiple award contract for cloud services back in 2010. But over time, agencies tended to use the Alliant contracts instead of the IaaS vehicle — at a rate of five times more often, according to GSA statistics in 2013 — to buy cloud services.

“GSA is establishing a comprehensive IDIQ cloud computing contract that will serve as a one-stop shop and an improved way to buy cloud. This contract will serve as a single procurement source for all things cloud, with flexibility so as to incorporate valuable cloud services and technologies that emerge over its lifecycle,” Davie wrote in a blog posted Jan. 22.

She said GSA has worked with the Defense Department and identified more than 200 specific military needs for a cloud services contract.

GSA released a request for information in February 2015 and received 72 responses. Davie said from that, GSA is addressing several concerns, including common barriers such as security requirements, inflexible pricing and procurement delays, and is looking at whether an on-demand, subscription or single line item purchasing program could work.

Kaczmarczyk said one major goal of the new cloud contract is to ensure agencies can purchase services quickly and with appropriate flexibilities.

He said a cloud computing acquisition forum made up of vendors on the former IaaS and other cloud providers are helping GSA decide what services are most important, most viable and/or best selling and should be included on the contract.

“When we did the RFI, we got a whole list of services and they were all over the board and it was way more than you could evaluate in a contract,” he said. “So what we decided to do was send this list out to this group and asked them to ‘vote’ on them and tell us which ones should be on the contract and they want to bid on.”

Industry, feds react with optimism to OMB’s IT reforms 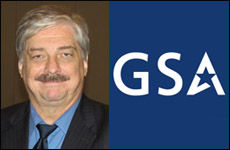