The new strategy builds on feedback OMB received from agencies over the past year. Bill Hunt, a digital services expert at OMB, said agencies have worked hard...

The new strategy builds on feedback OMB received from agencies over the past year. Bill Hunt, a digital services expert at OMB, said agencies have worked hard for nearly a decade moving to the cloud, but looking forward, he said the Trump administration wants the government to work smarter on cloud migration.

“When I started to look across the spectrum of things that we were doing, I saw that there was a lack of a pattern,” Hunt said Wednesday at Federal Computer Week’s cloud summit in Washington, D.C.

“The Cloud First policy basically said that agencies should go to cloud,” he said. “We don’t really care how you get there, just go and make sure you do that. Just out of the gate, we were already saying, ‘Cloud is a thing that you need to go do and get to,’ without explaining the how, the why, the steps to get there, or even going back and readdressing some of the policy concerns that made that difficult.”

“Some agencies jumped right into cloud headfirst and made a really big buy, and some agencies didn’t, quite frankly,” Hunt said.

Of the 24 CFO Act agencies, about 50 percent of their email inboxes are now cloud-based. However, most agency IT offices still feel uneasy about cloud migration.

“About three-quarters of our federal IT managers say this extremely painful, we’re confused, and we don’t know the best way to move forward,” Hunt said.

Meanwhile, some agencies need more help understanding the fundamentals of the cloud.

“I’d say that there are agencies that still don’t really have a good idea of what cloud is today,” Hunt said. “Not a majority of them, but there’s a decent number that there’s some confusion around. And part of that’s a messaging problem.”

Hunt said good cybersecurity practices are critical to any IT modernization effort, but to adopt cloud solutions, he added that agencies still face a lot of policy barriers.

OMB has been working with the General Services Administration and the Homeland Security Department to focus on the security situation.

On the procurement front, Hunt says contractors need to be smarter about what they’re buying.

“You can’t use cloud if you don’t know what you’re buying. It’s as simple an equation as that. And if you’re not putting the right contracts in place, you’re not going to get the right thing,” he said. “You need to be able to look at all of the things that you’re requiring of your service provider— as far as security, up-time — all of these basic things that we know and love, but we need consistency across government in how we’re approaching these situations.”

Hunts said agencies need to look at cloud migration holistically, and focus on all three aspects of the Cloud Smart plan at the same time.

“You can’t do it on one little piecemeal section at a time, as we traditionally have done through policy. You just have to look at it across the broad scope of things,” he said.

“There’s a lot of examples I’ve seen, where agencies have gone and they have moved to cloud very aggressively. But the individual bureaus would go and make individual, separate purchases, and it’s not being bubbled up to the enterprise level,” Hunt said. “This means that the same effort that we’ve been doing around data center consolidation for the last decade or so, we’re now having to do cloud consolidation, which is no fun for anybody.”

Thomas Sasala, the director of operations and architecture, and chief data officer within the Office of the CIO, shed light on the Army’s new hybrid cloud strategy.

“We have a multi-vendor, on-prem, off-prem hybrid cloud strategy,” Sasala said. “What we’re doing is we’re actually assisting our application mission owners and incentivizing them. In the government, that incentivization comes in a couple forms … but most importantly, it comes in the form of money. We are going to pay the way for them to get to the cloud.”

“This is huge. People don’t really talk about one of the side effects of cloud,” Sasala said. “If you look at where the commercial sector is, whether it’s Google or YouTube, or something like this, they get where they need to be because they automate the workflow.” 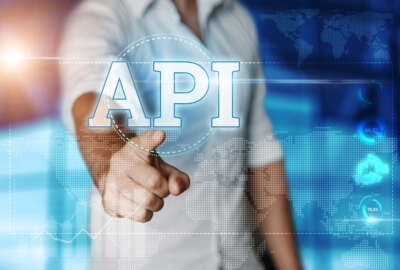 VA goes on acquisition spree to support its cloud habit