This story was updated at 10:00 AM on Thursday, July 16 to state that the full House will vote on the VA Accountability Act of 2015 in the last week of July.

The bill, known as the VA Accountability Act of 2015, would extend the probationary period for new employees to at least 18 months from the current 12. All employees would have a shorter window in which to appeal their firing or demotion.

The bill, known as the VA Accountability Act of 2015, would extend the probationary period for new employees to at least 18 months from the current 12. All employees would have a shorter window in which to appeal their firing or demotion.

Committee Chairman Jeff Miller (R-Fla.), the bill’s sponsor, railed against alleged misconduct at the department, citing mismanagement of a multibillion-dollar construction project in Denver to the manipulation of disability claims data in Philadelphia.

Too few people have been held accountable, he said.  The department has fired just two employees for manipulating wait times in a scandal that began at the Phoenix VA center last year and led to an overhaul of the VA leadership.

“The status quo doesn’t work. Are you going to stand with the veterans or the bureaucrats?” he asked committee members. “There are some rotten people that work in the department who need to be fired, not protected.”

The GOP-dominated committee approved the bill with a party line vote of 14 to 10. The full House will vote on it during the last week of July, according to House Majority Leader Kevin McCarthy (R-Calif.)

Rep. Mark Takano (D-Calif.) tried but failed to replace it with a narrower version that would have preserved appeal rights for all VA workers except those whose conduct threatened public health.

“Ninety-nine percent of VA employees are good. We’re making policy on the 1 percent who are bad employees,” he said of Miller’s bill.

The VA fired nearly 2,600 employees for cause in fiscal 2014, more than the Army, Navy and Air Force combined, according to government data. That shows that the VA has appropriate mechanisms to discipline employees, Takano said.

Miller disputed those figures, suggesting that many of those fired were on probation and not the permanent employees that this bill targets.

“We’re talking about those employees who have been working for the department for 10 or 15 years, who are outside the probationary period and are not doing their job,” he said. “Why? In some cases, the protections are so strong that they do not have to do their job. They know they are not going to be fired.”

The American Federation of Government Employees, which represents many rank-and-file VA workers, has lobbied against the bill. The union said it would make it easier for agency managers to retaliate against employees who report wrongdoing.

“Without due process rights, no VA employee who wishes to keep his or her job should ever again become a whistleblower in the workplace or at the Congressional witness table,” Beth Moten, the union’s legislative director, said in a letter to committee members before the vote.

Committee Democrats cited similar concerns during the debate and suggested that they would try to amend the legislation on the House floor.

“Rather than hold people at the top accountable, which I think is the biggest problem, this bill gives them — the people at the top — more power to abuse the workers they supervise,” said Rep. Kathleen Rice (D-N.Y.)

Highlights of the VA Accountability Act of 2015

The bill would expand upon a provision in the year-old Veterans Choice Act that lets VA Secretary Bob McDonald fire career senior executives for either performance or misconduct under short notice. Here are some highlights of the version that passed the House Veterans Affairs Committee:

Nearly all new VA employees would be on probation for at least 18 months. Employees on probation have far fewer rights than permanent employees. They may be fired without notice. They cannot appeal the decision. The bill would let McDonald extend the probationary period if he so chooses.

New SES members would also be on probation for longer, a measure that the Senior Executives Association said is unnecessary considering how thoroughly candidates are vetted for the SES corps.

Under the bill, the VA would no longer have to give employees facing termination at least 30 days’ written notice. Employees would not have the opportunity to fight their termination before it occurs. They could still appeal to the Merit Systems Protection Board in a truncated process, however. An administrative judge would have to issue a decision within 45 days of the appeal. That decision would be final. If the employee lost their appeal, which happens most of the time, then they could not seek a second opinion from the MSPB’s three-member executive board.

Miller’s bill would bar McDonald from firing or demoting employees who have reported wrongdoing to the Office of Special Counsel, unless that agency signs off on it. That would create more work for the small agency tasked with investigating federal whistleblowers’ claims, said AFGE’s Moten.

“This unworkable provision would add a completely new function to the OSC, deluging it with a surge of new cases from VA employees forced to invoke whistleblower status because it will be the only safe harbor from their new at-will employee status,” she wrote.

Miller told committee members that he would be willing to modify that part of the bill.

“I can promise you: There is no intent to strip any protections of the whistleblowers,” he said.

SES members would have to change positions at least once every five years under a section of the bill that departs from the topic of accountability. Executives would have to move to a new location in which they oversaw a different group of employees or programs, unless the department submitted a waiver to Congress.

SEA President Carol Bonosaro called it a “version of musical chairs,” taken from another bill Miller introduced in January.

“Decisions to reassign individual senior executives should be made for good business reasons, not to satisfy a requirement which constitutes Congress’ concept of how a particular executive branch department should be managed,” she said. 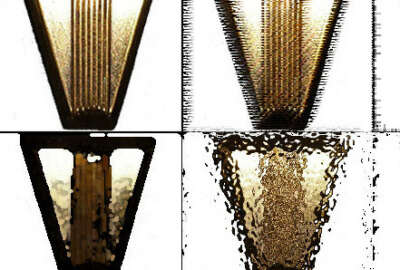 Fixing the SES: The truth about accountability