A request for Defense training manuals took 10 years to answer and only partially at that. The Drug Enforcement Agency wanted to charge an organization $1 million for a document request. Correspondence was so heavily redacted from the Federal Communications Commission that the paper is entirely black.

The long waits, excessive fees and overuse of exemptions are breaking the Freedom of Information Act (FOIA) process, claims a report released Jan. 11 from the House Committee on Oversight and...

A request for Defense training manuals took 10 years to answer and only partially at that. The Drug Enforcement Agency wanted to charge an organization $1 million for a document request. Correspondence was so heavily redacted from the Federal Communications Commission that the paper is entirely black.

The long waits, excessive fees and overuse of exemptions are breaking the Freedom of Information Act (FOIA) process, claims a report released Jan. 11 from the House Committee on Oversight and Government Reform.

The House on Monday also passed a bill sponsored by more than 50 members aimed at repairing the 50-year-old law.

“This bill shifts the burden to the presumption of ‘Yes,'” said Darrell Issa (R-Calif.), who introduced the bill alongside Elijah Cummings (D-Md.). “The American people deserve to know what their government is doing and how it is spending their money. FOIA continues to be one of the most effective tools for Americans to access public information.”

But it’s a tool that needs repair, according to the report, which is a compilation of testimony and comments the committee collected during two June hearings. During the hearings, members of the press, open data advocates and transparency watchdogs shared their experiences making FOIA requests.

“The FOIA process is broken,” the report stated. “Hundreds of thousands of requests are made each year and hundreds of thousands of requests are backlogged, marked with inappropriate redactions, or otherwise denied. More experienced requesters push through the process in hopes of eventually receiving something. Less experienced requesters are shocked at the delays and procedural burdens.”

Among the stories shared by witnesses and included in the report were:

FOIA can, should be improved

The disparaging report is not without its own critics. In a statement, Cummings, who is a ranking member of the committee, called the report “partisan” and pointed out that it had not been voted on by the committee.

“There is no doubt that the FOIA process can and must be improved, which is why I have worked tirelessly on bipartisan legislation that the House will vote on today,” Cummings said. “But issuing this erroneous, incomplete, and highly partisan staff report — which has never been vetted or voted on by the Committee — will not help these goals.”

Cummings said the report ignored improvements to the FOIA process under the Obama administration, including the President’s direction to agencies to “implement a presumption of openness.” He also pointed out that between 2009 and 2014, the overall number of FOIA requests increased by 28 percent, but the number of personnel that handles those requests dropped by about 4 percent during that same time frame.

Personnel is one resource that has a significant impact on FOIA requests, said Matt Rumsey, senior policy analyst at the Sunlight Foundation.

“FOIA offices tend to be under-resourced,” Rumsey said. “They tend to not have as many employees as you or I might want them to have. In the grand scheme of things, not a lot more money would go a long way. Obviously, it’s not just cutting a bigger check. We’ve seen this a little bit with [the State Department and its release of emails from former Secretary of State] Hillary Clinton; throwing more staff at a problem is only going to cause more problems. But if you bring in new, highly trained, engaged staff, I think you really can make a difference.”

As amended, the FOIA Oversight and Implementation Act of 2015:

“To the House oversight committee’s defense, they’ve been looking at this for a long time, there are a lot of very passionate members of the committee who’ve thought deeply about what’s going to work and what’s not going to work,” Rumsey said. “Both chambers over the course of the law have recognized this is the kind of law that’s never going to be perfect, but it’s so vital to the philosophy behind our government that it’s worth fixing from time to time. It’s changed a lot; it’s gotten better, it’s not always gotten better. But broadly Congress and various administrations have worked to strengthen it where they can.”

The report comes on the heels of an oversight committee status update last week, in which members chastised officials from the Justice, Homeland Security and State departments, as well as the Office of Personnel Management, and Office of Management and Budget, for failing to provide requested documents. 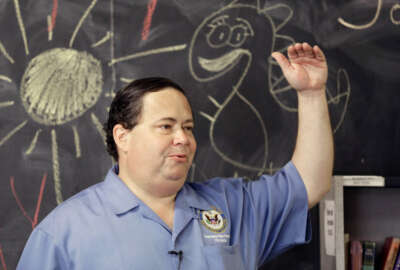 Agencies fail to make the grade on FOIA requests