Report card day: Agencies remain average or below on IT reforms

The second report card day for agencies on their progress in reforming how they buy and manage technology will be better than the first one. But not by much.

The House Oversight and Government Reform Committee is scheduled to hold a second hearing May 18 highlighting agency progress in implementing the Federal IT Acquisition Reform Act (FITARA).

Federal News Radio obtained an early look at the report card showing most agencies continue to earn an overall grade of “C” or “D,” but there are fewer “F’s” — one instead of three — and the same amount of “A’s” — 14 — across the four main categories.

The biggest difference is NASA earned the only “F” grade, while the departments of Energy and Education moved up from their initial failing grades.

NASA Chief Information Officer Renee Wynn and Energy CIO Michael Johnson are both scheduled to testify at the hearing.

Energy has struggled to implement FITARA as language in the fiscal 2016 appropriations bill excluded its national labs from having to fulfill the law’s requirements.

One government source says Energy and the Labor Department recently received approval for  their initial FITARA implementation plans from the Office of Management and Budget after struggling for the last few months.

Rep. Will Hurd (R-Texas), chairman of the IT subcommittee, is expected to tell CIOs at the hearing that the committee understands many have a large hill to climb to reform IT, but there are opportunities that executives can take advantage of in the short term.

“First, understand that the grade is a snapshot in time. The committee realizes in many cases the situations CIOs find themselves in developed long before they got there and are the result of decisions made by people who are long gone,” according to Hurd’s opening statement, obtained by Federal News Radio. “Second, the risk assessment transparency metric is entirely within CIO’s control. Third, there are millions of dollars’ worth of savings still on the table for data center consolidation.”

The House committee issued its initial grades in November before most agencies finalized their baseline implementation plans. Hurd made it clear at that November hearing that he expected to see progress between the first and second IT reform “semesters.”

The other big surprise in the new report card is the number  of agencies that earned an overall score of “B” dropped to just one agency — Commerce. The General Services Administration, which earned a “B” last time, fell to a “C” after its grade under the data center consolidation category dropped to an “F” after earning a “D” in November.

Another big change came in the IT portfolio review savings area where more agencies earned failing grades, 18 in May versus 16 in November. Among the biggest losers were Commerce dropping to a “D” from a “B” and NASA earning an “F” after getting a “D” in November.

The FITARA scorecard is expected to change as agencies move further down the implementation path.

David Powner, the Government Accountability Office’s director of IT issues, is scheduled to testify Wednesday as well. He said in March that Congress may have to consider how it rewards agencies for making progress in implementing FITARA.

Agencies also submitted their updated FITARA implementation plans on April 30. OMB currently is reviewing those revised strategies based on lessons learned so far. OMB is sending each agency its own assessment that’s pre-populated with the scores it received during the last self-review. New assessments will help agencies indicate and explain whether they’ve improved or fallen behind, OMB says.

FITARA report card day will not be pleasant for many agencies 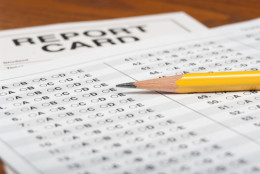