Budgets, immigration reform and gun control may be sucking up all the oxygen on Capitol Hill right now, but some lawmakers are still carving out time to address issues that federal agencies and contractors are confronting, like infrastructure, veterans’ access to health care and artificial intelligence. Here are three bills to keep your eye on.
Better talent, better infrastructure
On Feb. 6, Reps. Paul Mitchell (R-Mich.), Lloyd Smucker (R-Pa.) and Tim Ryan (D-Ohio)...

Budgets, immigration reform and gun control may be sucking up all the oxygen on Capitol Hill right now, but some lawmakers are still carving out time to address issues that federal agencies and contractors are confronting, like infrastructure, veterans’ access to health care and artificial intelligence. Here are three bills to keep your eye on.

On Feb. 6, Reps. Paul Mitchell (R-Mich.), Lloyd Smucker (R-Pa.) and Tim Ryan (D-Ohio) introduced legislation to award grants to industry and agencies promoting partnerships to encourage growth and competitiveness. The workforce is encouraged to modernize and expand the nation’s aging infrastructure through these grants.

The Building U.S. Infrastructure by Leveraging Demands for Skills (BUILDS) Act would also push for classroom curriculum for on-the-job training, train current employers to work as mentors and offer career awareness programs to recruit and retain talented individuals, including federal employees and contractors.

“The American workforce must be ready to meet our nation’s expanding infrastructure needs,” Mitchell said in a press release. “During President Trump’s State of the Union address, he stressed an overhaul of our nation’s aging infrastructure as a national priority, as well as the need to prepare Americans to fill the millions of jobs that will be created by a major rebuilding of our infrastructure.”

“The BUILDS Act encourages meaningful partnerships between state and local government and private enterprise to create job training programs to ensure we can fill the jobs necessary to expand and modernize the country’s infrastructure programs,” Ryan said.

He said the bill would provide an opportunity to create more jobs.

The future of infrastructure is focused on more than fixing what is broken. Rep. Peter Welch (D-Vt.) introduced legislation on Feb. 16 supporting the creation of a federal smart building program. The program would implement smart building technology across the federal government and demonstrate costs and benefits of smart technology.

FQHCs are non-profit medical organizations located in under-served areas in the U.S.

“Veterans in New Hampshire and around the country have faced unacceptable barriers in access to care, especially in rural communities,” Kuster said in a Feb. 16 press release. “Expanding access to care outside of VA through the Choice Program was a step in the right direction but unfortunately, Choice has not delivered effectively for all veterans.”

The VA Community Care Enhancement Act would expand the Veterans Choice program benefits to reach rural communities outside of the direct VA network. If passed, the pilot program will start with five under-served communities across the country.

Lawmakers said forming these partnerships between veterans in rural areas and FQHCs will help solve some of the challenges facing VA in terms of access, accountability, transparency and cost.

“Community health centers in my district have a proven track record of delivering outstanding, comprehensive health care in a cost effective manner,” Bilirakis said in a press release. “They offer a wide array of services including primary care, dental services, mental health and substance abuse treatment. If veterans are unable to receive the quality of care they deserve within the VA system, I want them to have the choice to take advantage of the value that community health centers offer without encountering bureaucratic barriers.”

The eligible centers would be chosen and regulated by the Health Resources and Services Administration.

Technology is changing, and as government agencies and other institutions start buying in, practices will have to be updated.

The Artificial Intelligence Job Opportunities and Background Summary Act (AI JOBS Act of 2018) was introduced to encourage industry and agencies to look into how these new advances could help or harm the workforce. Innovation should be encouraged while training and retaining workers, but Rep. Darren Soto (D-Fla.) introduced the bill to find out how it too could disrupt jobs.

The Labor Department is encouraged to become involved and work with federal agencies, businesses and educational institutions to study and produce a report on the future growth of artificial intelligence and its impact on the workforce.

“The report would collect data to analyze which industries are projected to have the most growth through artificial intelligence, and the demographics which may experience expanded career opportunities and those most vulnerable to job displacement,” the press release said.

“Technological advances will continue to present both challenges and benefits for American workers in industries ranging from transportation to cybersecurity to advanced manufacturing,” a joint statement from the sponsors said. “Our bipartisan legislation will help American workers better understand and prepare for the emerging job opportunities created by artificial intelligence and to adapt to changes in our evolving economy.” 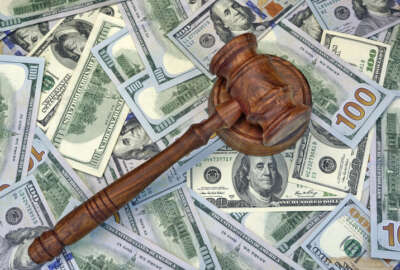 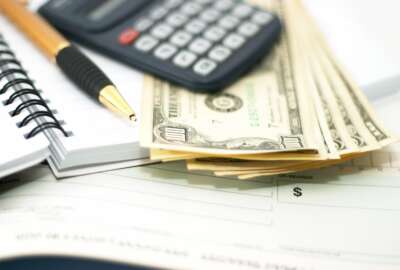 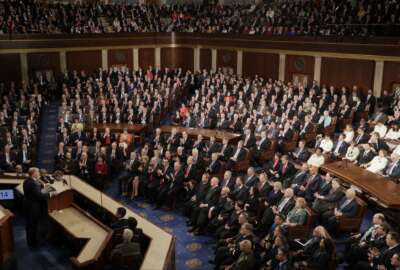 Federal workforce bills worth watching in Congress this winter