SBA may be going too far trying to prevent PPP fraud

Businesses who took [Paycheck] Protection Plan money to tide them over through the early months of the pandemic have a reckoning. The Small Business Administration is following up with a loan necessity questionnaire, at least to those who took $2 million or more. Arent Fox attorney Justin Goldberg says the SBA could be acting unfairly in some instances, using the benefit of hindsight to question the motives of small business owners. He spoke to Federal Drive with Tom Temin.

Tom Temin: Mr. Goldberg, good to have you on.

Justin Goldberg: Good to be with you.

Tom Temin: So what are you discovering about this questionnaire coming from SBA? I guess in the first case, it’s only going to for-profits that took money?

Justin Goldberg: Yeah, this is in a series of actions from the SBA, since the Paycheck Protection Program came out, that had blindsided borrowers and going against the spirit of what Congress intended. For instance, this form was rolled out on the eve of Thanksgiving, it wasn’t publicly notified, it was sent directly to lenders, not to borrowers, and then only really got a lot of notice because Politico ended up reporting it. And it also analyzes decisions that were made in the height of the COVID pandemic in March, when things were really going bad in New York and other areas in the northeast – and tries to second guess decisions that were made in the heat of a crisis.

Tom Temin: Well, that idea of going to lenders, how would they know the need because they are just having the information that was submitted to them by the businesses?

Justin Goldberg: They were specifically told not to question the need. In the CARES Act itself, the regulations they were told rely on the certifications of the borrowers. This is meant to be easy. This is meant to get money out the door as quick as possible. We want people to stay employed. And your job is not to second guess the decisions and the certifications that the borrower’s made. And the only certification the borrower’s needed to make in this regard was that current economic uncertainty makes this loan request necessary support the ongoing operations of the applicant. It was that simple.

Tom Temin: All right. Well, there’s a tension here, then, I guess, because the SBA did have to follow those rules. At the same time, there’s this giant apparatus for post facto auditing that is yet to really unwind for that pandemic spending. And there’s inspectors general and so on, GAO, many organizations involved – how can they follow those original rules to just get the money out, and yet somehow have a reckoning for knowing whether the money went to worthy entities?

Justin Goldberg: You’re bring up a great point about this catch-22, that there’s an apparatus that comes in behind that is completely separate from the main SBA, that’s sending out the loans to the banks that are giving out the loans. And there’s inspectors general, there’s auditors, there’s people whose job at the SBA is to make sure and without fraud, and none of the borrowers that have gotten these loans are against that process. It’s more of just targeting it towards the bad actors, the ones who have committed fraud, not the mom and pop restaurant that needs to keep its businesses. These keep its employees in business to the holidays. That’s not what this is intended for. And the problem with this questionnaire, is it’s trying to highlight areas for audit. It’s taking specific borrowers, ones that have private equity backing, ones that made distributions to their owners even though a lot of small businesses are partnerships. And that’s how the owners of small businesses get paid. So it’s really identifying certain categories of borrowers for audit and to us that’s very problematic.

Tom Temin: And what about the giant corporations that took considerably more than $2 million threshold?

Justin Goldberg: There’s a problem that goes both ways with that, because, for instance, Ruth’s Chris [Steak House] took money, and then gave it back because of all the terrible publicity. The Lakers did the same. And Ruth’s Chris laid off employees, since giving back the money. It goes against the spirit of – if Congress wanted to segment borrowers or not allowed borrowers with private equity backing or that were listed on a financial exchange, they could have done that. They didn’t for the SBA to come in after the fact and do that is unfair mainly to employees who were being laid off because the pandemic is now worse than ever.

Tom Temin: Sure, I wish I’d written that headline: “Steak house gives back pork.” We’re speaking to Justin Goldberg. He’s an attorney and Arent Fox. And so you must have clients asking you what should I do? What are you telling them to do if they get one of these letters?

Justin Goldberg: We’re telling them to be honest, straightforward, and thankfully, we’ve been expecting this for months. So we’ve been advising our clients to have their paperwork in order, to have analysis prepared that show why the loan was necessary. Almost all of our clients, I remember this back when everyone was applying, it was such a crazy time. The world was shutting down. They didn’t know if they would be in business in two weeks, let alone three months or in 10 months. So it’s very easy for them to show that they needed the loan. And they, almost everyone used the money to keep employees paid and to keep people employed. That was the whole purpose of it.

Tom Temin: And what about the nonprofit sector because that has a big gamut of everything from your local parish, for example, to some of these large associations with 10,000 members and huge budgets. Shouldn’t it also, do you think, go to them too that checking for need?

Justin Goldberg: Nonprofits are a special category, because many of them run through endowments and are lean. And then also they rely on gift giving, which usually in a good economy is helpful, but not when the world is ending, people are hoarding their capital, and they’re not using it for charitable purposes. So I know a lot of the nonprofits we advise, whether they be charities, whether they be board, or like endowments, or museums or other types of entities that are just basically trying to serve the public good, they might have a couple of employees that they don’t have the money to pay outside its programmer, outside of getting a federal grant renewed, which is really uncertain with how hard it is to get anything passed in Congress. So I think almost everyone I’ve seen is trying to do the right thing. They’re trying to just live by the rules the program, take the money and then pay their employees. It’s really nothing more than that.

Tom Temin: So best advice, fill out the questionnaire if you get one. And otherwise, let Congress know if you’re upset?

Justin Goldberg: Yes. And I think the second portion you mentioned is the kind of best approach. I think the public needs to be aware as this is going on, especially as Congress might pass a new COVID relief bill with a new second round of PPP. It’s completely hypocritical to then do that and then go criticize the people that took it the first time. I think that Congress in the past has kind of reined in SBA. And they did this in the PPP Flexibility Act. Congress needs to do that, again, here. And this questionnaire, if it is used at all should not be used to target borrowers for audit. If it’s an informational tool that’s anonymous from the SBA, that’s fine. But it should not be used to pinpoint certain borrowers and jeopardize their forgiveness or delay it for years when they need to get that forgiveness, and that money relieved. And they’ve been expecting it based on the premise of terms the Paycheck Protection Program.

Tom Temin: All right. Justin Goldberg is an attorney at Arent Fox. Thanks for joining me.

Justin Goldberg: Thank you so much, appreciate it.

Tom Temin: We’ll post this interview along with a link to his article at FederalNewsNetwork.com/FederalDrive. Hear the Federal Drive on demand and on your device. Subscribe at Apple Podcasts or wherever you get your shows. 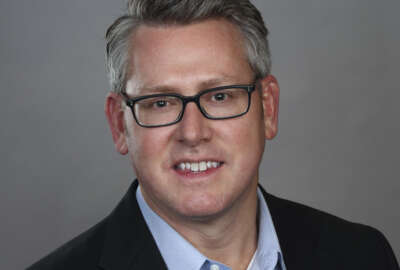 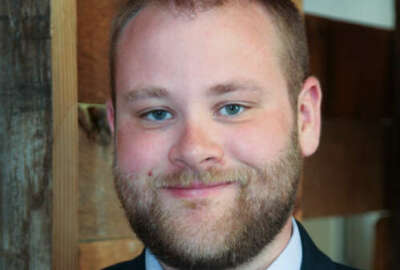