The Senate returns to work today as questions hover over the $3.5 trillion spending bill sought by most Democrats. Republican members are also questioning the Biden administration’s order that all federal employees become vaccinated against COVID-19. For a look ahead, WTOP Capitol Hill correspondent Mitchell Miller spoke to Federal Drive with Tom Temin.

Tom Temin: And Mitchell, let’s start with that whole business of the vaccination that’s raising all kinds of tintinnabulations especially on the Hill. Will they do anything about it or just talk?

Mitchell Miller: I think there’s going to be a lot of talk about it. There’s going to be a lot of pushback. We’ve already seen pushback not only from states, but also some from some of the federal unions – that represent federal employees. The president making that announcement last week and basically says “Have at it” in terms of whether those people are going to be challenging it but the mandates, as you know, cover more than 100 million workers across the country, many of them federal workers. Among those that are pushing back is the American Federation of Government Employees (AFGE) says the union should be able to negotiate with the administration over its last mandate, latest mandate, and the union made a similar statement after an earlier effort to step up and vet vaccinations by the administration in July. But the National Treasury Employees Union which represents about 150,000 federal workers about half of what AFGE as has defended the president’s right to issue this executive order. Also, OSHA will be issuing an emergency standard for the new requirement that employers with more than 100 employees must require their workers to get vaccinated or undergo weekly testing. But as we heard over the weekend, I think we’re going to continue to hear from not only governors in different states, but lawmakers here on the hill, who feel that the President has pushed too far. And that this constant back and forth of whether to vaccinate or not vaccinate and have personal freedoms is going to just keep going back and forth.

Tom Temin: But no lawsuits brewing so far. One of the union’s said they would look at the legal options, but so far, nothing’s popped up. And certainly no member of Congress has offered any legislation to try to block it.

Mitchell Miller: Right. I think we’re gonna hear a lot of noise on this, and maybe a few threats here and there. But I don’t think, at least at this point, we’ve seen anything concrete, this was something as we both know, was probably long and coming just because with the Delta variant, there has been such a surge in the number of cases across the country, and the president really taking a much tougher stand this time around. We’ve talked earlier about of course, that some federal agencies had already expanded their efforts for mandatory vaccinations. Department of Health and Human Services requiring more than 25,000 of its health care workers to be vaccinated. Department of Veterans Affairs, the military, have also issued mandates. So it’s not as if this was not already taking place. But clearly, the administration really wants to extend its powers on this issue about as far as they can go.

Tom Temin: I wonder if people took the shots in the tuchus instead of their shoulder, would it be more popular?

Mitchell Miller: Some people feel like no matter where you get it, it’s going to be bad.

Tom Temin: All right. And the bigger issue, of course, for the Senate then is, and the House too for that matter, is that $3.5 trillion human infrastructure plan based on what Joe Manchin said last week? It sounds like the whole thing is iffy at this point.

Mitchell Miller: It’s really going to be interesting this week, with the Senate now returning after a break. And Joe Manchin continues to just throw these numbers out there. The last one, basically saying that he would only accept $1-$1.5 trillion. Now the administration and the White House has tried to downplay this. A lot of the Democratic colleagues of Joe Manchin in the Senate have tried to say, Well, this is part of the give and take that you always have with legislation. But let’s face it, when you are, when you’re potentially $2 trillion apart on something that means there’s going to be a lot of grinding away in the Senate as they work on Joe Manchin to try to see where he’s going to be. And of course, he’s not the only one: Kyrsten Sinema from Arizona, the conservative Democratic senator there, also kind of along the lines with Joe Manchin. And really, to be fair to Joe Manchin, he has consistently said that he would not accept this $3.5 trillion, whereas Senate Majority Leader Chuck Schumer said don’t worry about it, it’s going to be okay, we’re still going to pass the $1 trillion bipartisan infrastructure bill which of course is separate, but they have tied these two inextricably together. And some people believe that it’s going to be very, very hard for them to keep them together with a vote one right after the other.

Tom Temin: Yeah, it reminds me of the Tin Man movie where the Cadillac salesman asked Richard Dreyfuss “How much would you pay for this?” And the answer was four cents. I’ll give you a four cents. Maybe a trillion dollars? We’re speaking with WTOP Capitol Hill correspondent Mitchell Miller. And then related to this, of course, is the debt ceiling question that would happen even without these infrastructure bills. And what is that looking like at this point?

Mitchell Miller: Well, that is really interesting, there is a huge political staredown taking on in this issue with Republicans who had, as Democrats point out, Democrats voted with Republicans to raise the debt ceiling three times during former President Trump’s administration, as the tax cuts went through. So Democrats say let’s be fair about this, and Republicans should do the right thing and also raise the debt limit. But Republicans also know that they have some political ammo, if you will, on this issue, and that they can basically forced Democrats to take a uncomfortable position. Now, last week how speaker Nancy Pelosi said she is not going to include raising the debt limit in the budget reconciliation measure the $3.5 trillion, which is what the Republicans want to do, because of course, they want to put Democrats on the spot and say, look, you’re spending all this money, and now you’re raising the debt, it’s out of control, inflation is going high, etc. But on the other hand, Republicans have been pretty consistent over the years in trying to raise the debt limit. And even Senate Minority Leader Mitch McConnell last week said that it really has to be lifted. But again, he doubled down and said he thinks that Democrats should include it in this budget reconciliation measure. I think what’s going to happen, though, is that the Democrats are going to try to attach it to the continuing resolution, and then that, in turn, could put Republicans in a tough spot, because they are going to also add on billions of dollars in natural disaster emergency aid to that CR. So if you’re a Republican, and you don’t vote for the raising of the debt ceiling, then you also could be voting against actually providing more money for your state – if you’re in Louisiana, or one of these areas that’s been hit really hard by natural disasters.

Tom Temin: Wow, they sure do, how creative ways of putting each other to a pickle, you might say? In the meantime, the House had had some markups that are pretty interesting. And a lot of this is pursuant to the regular appropriations bill for the government itself.

Mitchell Miller: Right, that’s been really interesting to see what’s going on. I mean, some of these committees that are working on it, are really the meat of this $3.5 trillion. You hear this figure over and over again. But what does it mean? I mean, in the House Ways and Means Committee, when they were marking up last week, you know, they’re talking about things that will really affect people things like two years of free community college tuition, universal pre-K, potentially expanding Medicare. But there is a lot of give and take not only within the Republicans have clearly said they are not going to accept this. But within the Democratic Party itself, the Democrats are having a lot of arguments about this about which way they should expand Medicare or where they should shore up Obamacare, and where this money is actually going to come from. And some of the moderate Democrats on these committees last week indicated that they actually have some problems with how the Democratic leadership is moving this forward. So I think we’re going to see some more give and take there, as these committees try to mark everything up. And then they need to do it, House Speaker Nancy Pelosi has said she wants to have this done by the middle of this week, basically, to have all this legislation in place so that they can start moving toward that final grind toward actually getting votes on these issues.

Tom Temin: And somewhere in that whole complex of questions, then it seems to raise the possibility of a government shutdown – a few notches.

Mitchell Miller: Exactly. Because if they do get stuck on some of these funding issues, what are they going to do? And are they going to have enough time to figure out this back and forth, for example, with the debt ceiling? And is that going to somehow complicate what happens with the continuing resolution because as we know, we’re just a few weeks away now from the start of the new fiscal year. So they have a lot of balls in the air right now. And even though Senate Majority Leader Chuck Schumer has tried to consistently say we’re on track, we’re moving forward. There is a lot to actually all come together at one time and this month is arguably the most critical month of the White House and Congress getting together on all of these issues or not getting together as the case may be.

Tom Temin: Well, it’s going to be fun to watch. Mitchell Miller is Capitol Hill correspondent for WTOP. Thanks so much. 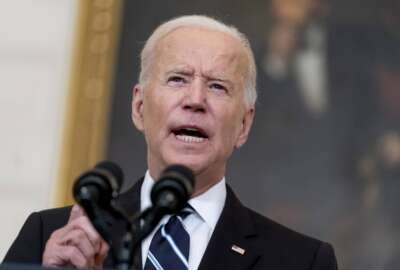 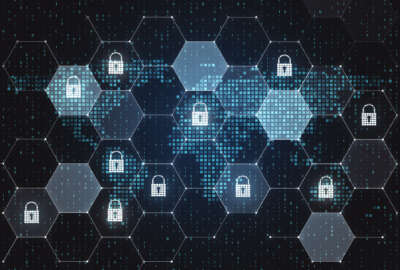