Congress is on recess this week, which may be a good thing with COVID making its ugly appearance in both chambers. And that’s why maybe a $10 billion COVID package will be high on the agenda when members return. Federal Drive with Tom Temin gets the latest from WTOP Capitol Hill correspondent, Mitchell Miller.

Congress is on recess this week, which may be a good thing with COVID making its ugly appearance in both chambers. And that’s why maybe a $10 billion COVID package will be high on the agenda when members return. Federal Drive with Tom Temin gets the latest from WTOP Capitol Hill correspondent, Mitchell Miller.

TomTemin:  And let’s talk about that COVID. It’s back on the hill, at least one senator and House Speaker Nancy Pelosi.

Mitchell Miller: That’s right. In fact, several lawmakers late last week announced that they had COVID. And of course, the fact that House Speaker Nancy Pelosi announced that she had it, really right before she was about to hold a news conference, surprised a lot of people even though it’s been out there for awhile, you’re seeing more people wearing masks and doing that type of thing around here at the Capitol. But again, it reminds people that it is not gone. And so lawmakers when they do get back, they’re going to have to tackle this big $10 billion funding plan for COVID. They had hoped that Congress would approve it before the break. But since that didn’t happen, they’re going to have to take it up on their return. Now you’ll remember the White House originally proposed more than $22 billion. Republicans balked at that arguing among other things that previously approved money had not been spent. But while they’ve brought it down to $10 billion, there’s still another unrelated issue. Senate Republicans are upset about the White House’s plans to drop Title 42, which allows for migrants to be sent back at the border that was established during the Trump administration and Senate Republicans want to vote on an amendment to reinstate it. So even if they can work that out, when they get back, there’s still issues within the COVID package itself, that could be problematic. Once approved by the Senate, this would have to go to the House and many Democrats there are not happy that the package, first of all, has been scaled back so much, and that it doesn’t include services for COVID, uninsured people, as well as a global vaccination campaign. So while the country and Congress wanted to be done with COVID, at this point, it’s clearly back.

Tom Temin: Right. So well, I wanted to ask you more about the international aspect of this. They want to appropriate money for the United States to vaccinate the world or to ship vaccinations overseas?

Mitchell Miller: Essentially, yes. Because the argument is that if you only take care of it in the United States, and it continues to spread in other countries, it’s going to remain a problem. And then it’ll eventually get back here. Now, Republicans have been pushing back on a lot of these proposals, saying there’s money still in the system that needs to be spent, that you’re taking money that really doesn’t need to be spent at this point. So I think we’re going to see a lot of give and take still on this issue. I think that the Democrats thought that they could get it through fairly quickly initially, and there was a lot of pushback, especially on programs like the one you just mentioned.

Tom Temin: And then when they return, it’s looking like you’re reporting that the defense budget is going to get a fresh look-over. That is to say the request by the Biden administration for fiscal 2023 in light of what’s going on in Russia.

Mitchell Miller: Absolutely. In connection with Ukraine. This has really caused the defense budget, I think to get under the microscope. Even more, obviously, there’s a lot of talk about what kind of equipment can still be sent over. But then there’s also an argument over inflation, of course, that’s looming large as we head toward the midterm elections. But whether or not the $773 billion proposed by the Biden administration will be enough. During some House Armed Services and Senate Armed Services Committee hearings last week, Defense Secretary Lloyd Austin and Joint Chiefs Chairman Gen. Mark Milley were pressed about this, whether or not they’re going to actually have enough money, particularly from Republicans who argue that since the budget was proposed before the Russian invasio9n of Ukraine that the Pentagon could be in danger of being shortchanged. They pointed out during some of these hearings, that inflation is well over 5%, some say as high as 8%, while DoD assumed the inflation rate was just over 2%, when it developed the budget. Austin has said it’s a robust budget. I was also on a call wi

th other reporters with Virginia Senator Mark Warner last week, and he was asked about this. And he noted there’s, of course, always this tug-of-war over defense funding. Just one example. There’s concern in Norfolk, Virginia, about the decommissioning of ships, but ultimately, he thinks this will be worked out. We’re in the very early stages of this, but clearly, they are going to be going over this line by line through the defense budget, even more so than they often do. And also with many in Congress saying that the military funding needing to keep flowing to Ukraine. It’s only going to get that much more attention.

Tom Temin: We’re speaking with WTOP Capitol Hill correspondent, Mitchell Miller, and what about the hiring process for federal workers? That’s interesting. That is part of this chance to compete act.

Mitchell Miller: Yeah, we’ve talked about the fact that obviously the federal government needs to attract more workers, have to try to get a younger workforce, and there was a boost for supporters of legislation in the House Oversight and Reform Committee last week, which passed the chance to compete legislation. This, as you know, is bipartisan legislation that seeks to simplify how agencies would look for job applicants. It would make lots of changes, including among them, the use of experts and certainly subjects to assess the skills of applicants. Among those changes is putting more emphasis basically on whether the person could actually do the federal job and less on education backgrounds. And it’s hoped that that would help get a more diverse pool of applicants. The House is not the only place where this is taking place. The Senate Homeland Security and Governmental Affairs committee passed a version of its legislation earlier this year. So it does seem like there is some progress in this area.

Tom Temin: All right, the final thing I wanted to ask you about is this chips act, or the competition with China act. What are the prospects there? And where would this $50 billion they’re talking about end up?

Mitchell Miller: Well, this is really interesting, because this is kind of old school Congress, right? You remember the days when actually you’d have legislation passed by the House and Senate, and then you’d get a conference committee to work it out. And that is actually what’s happening on this bill, which frankly, has not happened on a lot of legislation here on Capitol Hill lately. But they’re going to be looking at this so-called chips act of more than $50 billion, as you mentioned, for the production of U.S. semiconductor chips. The idea basically, is trying to get U.S. facilities to create more semiconductor chips so that the US is not dependent on China and other countries overseas, including throughout Asia, and that that will ultimately help with some of these supply chain issues. There’s a lot of interest in this from lawmakers, both from the broader sense of reform and trying to get the U.S. to get caught up basically with the rest of the world on an area where the U.S. used to be the leader, but also more parochially, the lawmakers know that some of these semiconductor facilities and various places where they may create them could go into various districts across the country, including in Virginia. So a lot of interest with this, they’re going to try to be working this out. House Speaker Pelosi named 50 Democrats to the House and Senate conference committee. Now there is an issue as always with politics. Senate Minority Leader Mitch McConnell last week said that the Democrats are going to have to make some major concessions on this legislation. The Republicans think that it gives too many government subsidies as they look to create some of these facilities. So we’ll have to see how this goes. But this is one area as they work this out, where there is bipartisan support that most lawmakers agree that the U.S. has to do more to step up to compete against China and other countries. 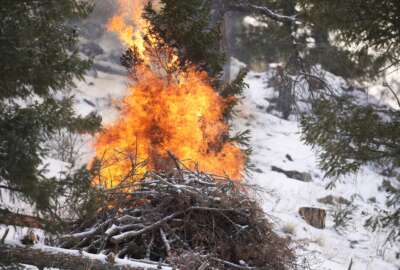 Biden admin. worries climate change will take a toll on federal budgets for years to come 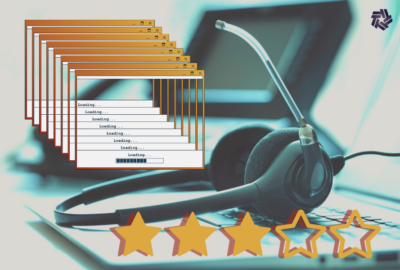 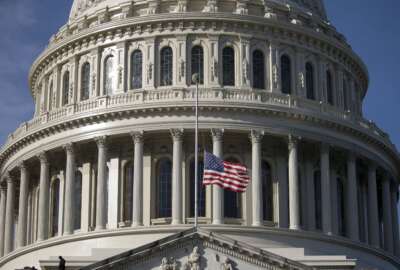 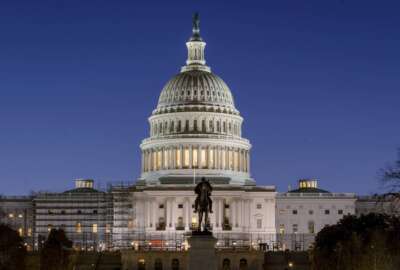