The duck is officially lame with apologies to our real life feathered friends, the 117th Congress. At least the House will be back in session this week and casting votes. For a look at what remains before the arrival of the 118th Congress, the Federal Drive with Tom Temin  turned to Bloomberg Government Deputy News Director Loren...

The duck is officially lame with apologies to our real life feathered friends, the 117th Congress. At least the House will be back in session this week and casting votes. For a look at what remains before the arrival of the 118th Congress, the Federal Drive with Tom Temin  turned to Bloomberg Government Deputy News Director Loren Duggan.

Tom Temin: And this really is one of those kind of special Washington types of times now going on, isn’t it, Loren?

Loren Duggan: Yeah, we’re kind of looking at two periods of time, what’s right before us and what’s ahead. And you know, other systems of government don’t do this. So you know, our friends in Britain, they toss somebody out, there’s a new prime minister the next day. Here though, we have this six week hang over, where the current Congress still has work to do even as they begin to look to the new Congress that will start meeting next January, including orientation, leadership elections, and all that kind of stuff that we’ll see over the next few weeks as they get ready for the new Congress. That means, as I said, in January,

Tom Temin: And there are some must pass things still on the agenda?

Loren Duggan: Absolutely. There’s two big things that are hanging over this. And they are important in their own right, and will be increasingly viewed as vehicles to get other things done. First, of course, is government funding that’s in place through December 16, under the continuing resolution that was passed in September. The other is the Defense Authorization Bill, which is considered must pass because it authorizes true pay and sets policy for the Pentagon, and has been done for more than six decades in a row. And nobody wants to be the Armed Services Chairman that breaks that record. We did see the Senate come back in October for a brief session to kick off the debate on their version of the defense authorization. The House has already passed its, but we aren’t sure what we’re going to see immediately on that. There was some talk last week about maybe shifting off of that letting the behind the scenes negotiations take place on a potential final version of that defense authorization so that the Senate can focus on other things. But you’re right, those two big packages are really the two things that we need to finalize before we wrap up for the year.

Tom Temin: And with respect to the balance of power still being sorted out. And of course, the Senate is going to be known much later on. My sense is maybe what happens for appropriations, if they get around to that is not that much different than it might have been had things stayed stasis with respect to the balance of power, because it’s not going to shift very much so far as we can tell.

Loren Duggan: I think that’s a good assessment. I mean, where we are right now is the there’s the two lame duck leaders in the Senate. This will be Patrick Leahy and Richard Shelby, the Democrat and Republican leading that panel are already trying to work with their house counterparts, Rosa DeLauro, for the Democrats and Kay Granger for the Republicans to come up with something. I mean, one of the things that’s been hanging over this whole year is no real agreement on a top line, what you’re going to spend, but I think all sides would rather wrap up this at this point, especially if the dynamics are going to be too much different in the Senate. You still have significant levers for the Republicans right now, even though they don’t control either chamber, but you still need 10 votes in the Senate to wrap up any sort of agreement there. So Republicans do have a little bit of leverage, even if the control today is Democrats in both sides. I think there still some pressure among conservative Republicans to maybe wait until next year. That’s been a dynamical year there were some people who wanted the CR to even go into the next calendar year to maybe revisit that then. But that’s one of the dynamics, we’ll be seeing how it plays out once people are back in rooms and looking at each other again this week.

Tom Temin: And a couple of veterans-related bills that could get voted on those tend to be non-controversial, too.

Loren Duggan: Yeah, that’s correct. House Democrats were looking last week at doing some bills. Some of them are pretty simple; naming VA facilities after either veterans or people who were important to the Veterans Affairs community, and maybe some other things around, you know, IT or whatnot. So not perhaps the big veterans packages we saw earlier this year, such as the burn pits legislation, although there is continuing examination of how that’s being implemented. And I think a bill that will linger over the Veterans Affairs part of Congress for a while as they watch the implementation of that. The veterans definitely top of mind, coming out of the Veterans Day weekend.

Tom Temin: We are speaking with Loren Dugan, deputy news director at Bloomberg Government. Now we have the nomination of Danny Werfel, who was briefly the acting commissioner of IRS during the Obama administration, now being nominated for the permanent job by President Biden, a known quantity around Washington. Frankly, he spent some good chunk of career in financial management at the White House. What does that look like? It’ll probably just be okay.

Loren Duggan: I think so. I mean, there are a number of nominations pending. And here’s where, you know, the margin in the Senate really is going to matter for Democrats. And they’ll be keeping an eye on of course, what happens in Georgia in December to really determine what the majority or the breakdown is going to be. But the Werfel nomination is one of many that have to be dealt with this year or the beginning of next year. If Democrats maintain control or expand it, that  means that they will have the ability to keep the Biden administration flowing with people. So the Werfel one might be an easier one. We saw some back and forth about Richard Glick’s nomination into FERC. In the 50-50 Senate with Joe Manchin being the chairman of the committee that oversees that, I don’t think he was ready to move forward, and they pulled back on that one. So there’s a long list of people they’d like to get confirmed before the end of the year. That takes floor time. And as we talked about, there’s two big packages that need floor time. So there’s a delicate dance between now and the end of the year on what you can do on nominations to maybe what you leave for maybe early next year.

Tom Temin: And when the White House also has the same party in power in the Senate, then you’ve got what’s known as the conveyor belt for judicial nominations. And so probably, if there are any to be gotten through before the end, they’re going to happen in the next few weeks. Fair to say?

Loren Duggan: That is fair to say. And the first vote the Senate is due to take back when it comes back this week is on a federal judge in Puerto Rico, one of many that’s been cued up by the Senate Judiciary Committee over the course of the last two years, there’s been more than 80 confirmed something like that. So, you know, there’s been a lot of judges through and there’s more to go. And you know, going into next year, you might see more vacancies open and more people named to fill those so that that is truly a conveyor belt of work. And with the need for only 50 votes on a nomination. That’s one of the reasons why they’ve been able to churn through those, even though they’ve had just that bare control of the Senate over the last two years.

Tom Temin: And they both know what’s at stake. I mean, it was a Trump-appointed judge that has ruled in Texas against the student loan forgiveness program. And so this is what they see happening. And therefore that conveyor belt is either cranking up or they’re throwing gunk in the works, I guess, if it’s the opposite party. So that remains to be seen. And the other thing I wanted to ask you about was Republican or Democratically controlled, there are a lot of new members, a lot of people have retired from both parties. And so I imagine the orientation and training we’re going to see pretty soon for regardless of whether the parties are majority or minority, they’re going to get their new people up to speed and learned.

Loren Duggan: That’s right. both chambers have their own way of doing this. The House has many weeks of sessions where they bring people in and you know, show them the ropes, how do you start an office? How do you become a member of Congress, and then you know, also thinking about what committees you want to be on and who the leader should be for your party. So that will be kicking off and going for several weeks, as they aren’t members yet, they’re members-elect or Senators-elect, but they are going to learn the ropes a little bit. So hopefully, they can hit the ground running early next January when they really have the keys to the office and that pin that gives them the access to the House floor and everything that goes with it. So we will see some orientation going on. And in the weeks to come that will continue. But it’s you know, it’s like any new job, it takes a while to learn the ropes and figure out what to do and how to do it.

Tom Temin: I wonder if anyone has floated the idea that all the new members, regardless of party, let them get together and get to know each other. So maybe some of the hatred won’t be inherited from the existing party members.

Loren Duggan: Well, there should be a lot of mixers and social aspects to this as well. I mean, it’s probably different than the one in 2020, where COVID was hanging over everything in a much different way than today. So, you know, hopefully they can lay the groundwork there and get to know each other because that relationship is important. They do break up into two sides a lot. They have Republican only Democratic only meetings, but there is a lot of bipartisanship. A lot of working together on bills and identifying common interests as you get to Washington, it’s a big part of that. 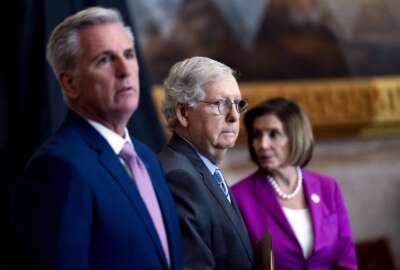 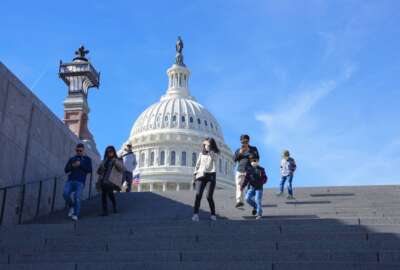 Control of Congress: Why the AP hasn’t called Senate, House 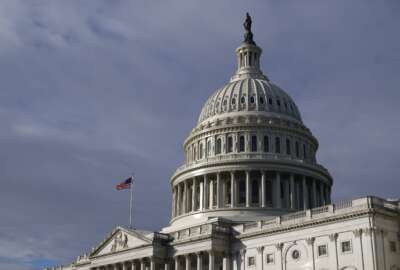 Three things to watch in the House 2023 NDAA