Tom Temin: Alan, it sounds like the money is great, but the strings are a little bit much, huh?

Alan Chvotkin: Well, there’s certainly a lot of strings to wrap around the $3 trillion worth of spending, Tom. And I’m not surprised. People need information. They want to know who’s eligible, how to apply, and how fast they’re going to get their money in these times and federal agencies have really upped their game enormously. And the pace has been almost frenetic. The Small Business Administration has issued six inner rules, and these aren’t one-sentence, two-sentence rules. These are multi-page regulations about how the new Paycheck Protection Program should operate. The Department of Defense has issued over 25 separate memos and contract class deviations just through last Friday, from the significant regulations dealing with accelerated payments and progress payments, to some of the mundane issues. GSA, Department of Homeland Security, USAID – they’re all issuing lots of guidance, frequently asked questions. Keeping up with this as a full time job in and of itself.

Tom Temin: Yes. And so the spending that was already happening, I guess it’s continuing to happen because people are teleworking including contract officers. But then there’s some fresh spending related to all of the efforts that government has going for the COVID-19, across a lot of agencies, including DoD. So these regulations are related to that spending specifically or are they using the situation to get some other regulations through that they might have wanted to anyhow?

Alan Chvotkin: Well, there’s certainly regulations, dealing with COVID-19 spending. They’ve raised the thresholds for procurement. They’ve reduced some of the certifications that are required. They’ve made other changes in the regulations. Some of ndaathem are as a result of the laws enacted, some of them long-standing authorities for emergency situations. But many of the regulations that we’ve talked about, the SBA regulations, most of the DoD regulations aren’t related to direct spending on COVID-19. But all of the activity associated with it.

Tom Temin: Alright, anything significant though, what are the rules that seemed to be the most burdensome or the most difficult to understand even if they’re not burdensome when you finally understand them?

Alan Chvotkin: Well, so I mentioned the Paycheck Protection Program (PPP) that – this is the ability of companies to apply for loans from the Small Business Administration. It was the signature program and one of the legislative proposals. So everything from the application form to who’s eligible, what’s required to be submitted. It’s not burdensome, except you’ve got to go through and understand that and I’m concerned that a lot of companies haven’t been able to do so fully. And the pace of change, regulations at SBA have come out on April 27, again on April 28, and further frequently asked questions. So again, just keeping up with that is a real challenge for companies. We’ve seen in the regular contracting process. The disruption that’s occurred because of COVID-19. So even though agencies aren’t buying – many agencies are – Homeland Security, DoD are buying COVID-19-related products. Things like accelerated payments on invoices, raising the progress payment rate from the current 80% to 90% for other than small businesses and from 90% to 95% for small businesses. Significant cash flow benefit that’s been adopted by the Department of Defense by – many of the – civilian agencies as well. So that’s the kind of activity that’s taking place. Complicated? Yes, you’ve got to stay on top of it. But the enormous benefits that the government is making available to the private sector.

Tom Temin: We’re speaking with Alan Chvotkin, executive vice president and counsel at the Professional Services Council. And you’ve been tracking also the development of – only half of Congress is even in town this week. But they’re still working a pace on the NDAA – the National Defense Authorization Act for 2021 – and to some extent on the budget for 2021. What’s new there?

Alan Chvotkin: The calendar doesn’t stop just because of COVID-19. And so the armed services committees have been working. The members have been working. The staff had been working with the industry, with the Department of Defense to put together the spending bill, the authorization for the National – for DoD. There was a hope that if the House were to reconvene this week, that they would have begun the markup in the committee. Now, if they come back in next week, there may be some effort at getting some of the members together with a respectable distance, of course, to see if they can proceed with marking up the NDAA. And of course, the FY 2021 appropriations still needs to be enacted by Sept. 30. That seems like a long way off until you look at the pace of activity and how difficult it is to get the appropriations through. We’ve been urging the Congress to take early action on the Appropriations, and act as much as you can sooner so that agencies and the contractor community knows exactly what to expect in FY 2021, that’ll start on Oct. 1, and not wait until September or October or worse after the start of the fiscal year. So we’re continuing to watch that, continuing to engage with the Hill – the staff as best we can. And we’re very pleased to see that the appropriations committees have agreed to an allocation of spending for FY 2021. That’s usually been one of the more difficult procedural issues to get over in order to start that process.

Tom Temin: And is it too difficult to draw a line between some of these class deviations that have been coming out of DoD? Any chance, or is there any connection between those and what might end up in the NDAA with respect to the procurement reform that they usually put in there?

Alan Chvotkin: I think some of them will. Some of these are temporary reforms that make great sense. Some of them are correcting long-standing issues that nobody really needed to think about until you get into a crisis situation, like this pandemic has presented. The Department of Defense, even before this had submitted seven rounds of legislative recommendations to the Congress for adjustments to the some of them relating to acquisitions, some of them relating to personnel practices. And I think the COVID-19 environment has created heightened attention to a lot of what used to be normal and nobody worried about it or thought they had the need to change, which is now creating that opportunity. So there may be opportunities. But there’s also not as much time to develop those packages as one would like.

Tom Temin: Alan Chvotkin is executive vice president and counsel at the Professional Services Council. As always, thanks so much. 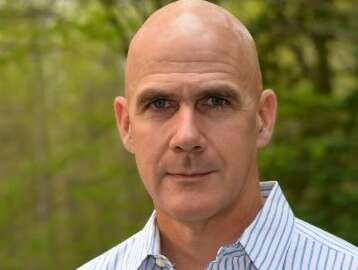 Could contractors actually prosper during the pandemic