The House Armed Services Committee’s top Republican doesn’t like the speed in which the Defense Department is implementing acquisition reforms and possible cuts to some defense agencies, and he’s ready to do something about it.

“There are some basic constitutional principles here,” Thornberry said. “If the law says...

The House Armed Services Committee’s top Republican doesn’t like the speed in which the Defense Department is implementing acquisition reforms and possible cuts to some defense agencies, and he’s ready to do something about it.

“There are some basic constitutional principles here,” Thornberry said. “If the law says you should do it; you should do it. We have tools, fencing money, and a whole variety of things that we can look at doing if a department is not implementing the law.”

Fencing money is when Congress doesn’t allow an agency to access a certain amount of funds unless the agency reaches certain benchmarks set out by Congress. Lawmakers fenced the Defense Innovation Unit’s money a couple years ago until it delivered a clear roadmap and strategy to them.

Over the past few years, Congress gave DoD a slew of acquisition tools to use to attract nontraditional companies, bring in small businesses and fire up innovation. Thornberry says DoD is taking too long to implement those laws and it’s causing national security issues.

“Part of the consequence of that is that it is still far harder and more difficult to do business with the Department of Defense than it should be and a fair number of innovative companies are saying it’s just not worth it,” Thornberry said. “Even if all of that were being implemented perfectly, there are still challenges for some small company that has technology X and says ‘I can go to the commercial market this fast and make this amount of return or I can go through DoD’s laborious process.’”

To DoD’s credit, it has a lot of provisions to implement and it takes time to change the culture of acquisition professionals so they will use the new tools.

The 2017 defense authorization act had more than 100 acquisition provisions for DoD, including expanded use of other transaction authorities and mid-tier acquisition.

Last March, the military secretaries told Congress to hold off on some reforms so they could focus on the ones they were already in charge of putting into place.

“There’s some fascinating and interesting tools that we’re using and we are going to use and look forward to using, so thank you for those,” Navy Secretary Richard Spencer said. “I would ask for a stabilization period so that we can digest what we have and have the ability to come back to you if we need more, but right now the knife drawer looks full.”

DoD is also wrestling with recommendations from the Section 809 Panel, which gave the department a whole swath of ways to reduce duplicity and waste in acquisition.

Thornberry is also frustrated with DoD over a provision to cut back on defense agencies not aligned with military services, like the Defense Information Systems Agency.

The DoD Chief Management Officer was supposed to submit a report on cutting the fourth estate by 25 percent under the 2019 defense authorization act. Thornberry says the report is still not submitted.

One reason DoD may not have provided the report is it hasn’t had a CMO since last November. Lisa Hershman is currently serving in the acting capacity.

It’s not just Congress that’s noticing DoD dragging its feet, and there are other areas DoD is slow to implement the law.

There are several provisions from the 2016 NDAA that are still in the promulgation phase or have yet to break into the culture of DoD employees.

“It’s definitely taken a few years for the department to get its arms around these authorities,” Bill Greenwalt, senior fellow at the Atlantic Council told Federal News Network. “I’m optimistic now, seeing they are starting to use these authorities. There were so many that were put in place in 2015 and 2016 that we don’t even have regulations for it yet. We are going to have to see how the department gets its arms around that and starts executing.” 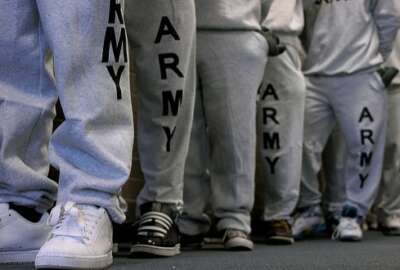