National Guard making tweaks to be prepared for 2019 hurricane season

The list of hurricanes that devastated the United States over the last two years is long and the price tag is astronomical.

As the 2019 hurricane season looms, the National Guard is tweaking the way it operates to respond faster and more effectively to storms that seem to be getting more powerful and destructive.

The list of hurricanes that devastated the United States over the last two years is long and the price tag is astronomical.

As the 2019 hurricane season looms, the National Guard is tweaking the way it operates to respond faster and more effectively to storms that seem to be getting more powerful and destructive.

“This is a team effort,” said Brig. Gen. Jeffrey Burkett, National Guard vice director of domestic operations, told reporters at the Pentagon on Friday. “We are all primed to assist and support. You’re going to see engagement early on to understand and sense what the requirements might be so we are postured to respond in a timely manner. How do we get the resources to those who need it so we can have a coordinated, whole-of-government response to a hurricane?”

The National Oceanic and Atmospheric Administration is predicting a “near-normal” hurricane season this year between June 1 and Nov. 30. NOAA is predicting a likely range of nine to 15 named storms with four to eight becoming hurricanes and two to four becoming major hurricanes.

But after two years of unusually devastating storms, the National Guard is taking new measures to ensure its response is as timely and effective as possible.

Burkett said the Guard has tightened up its bureaucracy to make hurricane response better.

“We have worked hard over the last year to develop and refine our internal processes and how we work with the states and collaborate with the states,” Burkett said. “For example, in our adaptive battle staff (the framework for response, planning and staffing in emergencies) we have been working hard to refine their processes. We are actually doing that today. We are in the middle of exercises Ardent Sentry 19 Shaken Fury.”

That exercise encompasses states and the Federal Emergency Management Agency.

“Every time we have an opportunity to exercise with the states, it’s an opportunity to learn and refine our processes,” Burkett said. “For us internally in the National Guard, we have worked hard to clarify what our adaptive battle staff’s responsibilities are and how they can sync together internally so we can be faster.”

Another measure the National Guard developed is a natural hazards playbook. The book describes initial actions the Guard will take as a staff so even someone new can pull out the playbook and know what to do.

“The playbook is a big one for us because it provides a guide and initial first actions to help decision making and to move quickly and think about the most important things,” Burkett said. “It promotes predictability for the states to understand how we are thinking about the problem and how we are going to approach it. We did this in collaboration with the 54 states and territories.”

Burkett said the states and territories gave the Guard feedback on the book to ensure it was comprehensive.

Another way the Guard is preparing for the hurricane season is it is trying to be more predictive in what it needs.

The Guard and the states are doing predictive force planning on how they can support each other effectively and quickly when a disaster happens.

The Guard is working in workshops with the states to predict troop requirements and shortfalls in advance of an event.

“Supporting states can look at those shortfalls and say ‘What can we do to help support that?’” Burkett said. “They will go back to their states and say ‘We think it would be great if we can support this state with these capabilities because we know they are going to be in garrison and our readiness will be good enough to support these kind of missions.’ There are state-to-state agreements in place that facilitate a timely response.”

Finally, the Guard is doing something simple, but important. It’s checking its contacts. The guard wants to make sure all the numbers it needs for each point of contact in a state or on the federal level are working and the person is easily reachable when disaster strikes. 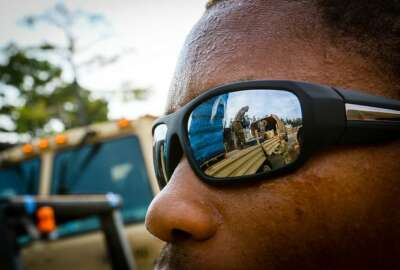