Space Force envisioned by Congress to cost about $3.6 billion

After tweaks from Congress, the Space Force is getting a new price tag from the Congressional Budget Office.

The CBO estimates the Space Force, as envisioned by the House 2020 defense authorization bill, will cost $3.6 billion over the next five years in one-time and recurring costs.

That’s a downgrade from CBO’s score of the administration’s proposal, which came out to be $4.7 billion.

The House version creates a Space Force within the Air Force,...

After tweaks from Congress, the Space Force is getting a new price tag from the Congressional Budget Office.

The CBO estimates the Space Force, as envisioned by the House 2020 defense authorization bill, will cost $3.6 billion over the next five years in one-time and recurring costs.

That’s a downgrade from CBO’s score of the administration’s proposal, which came out to be $4.7 billion.

The House version creates a Space Force within the Air Force, much like the Marine Corps is part of the Navy. Unlike the administration’s proposal, it does not give the Space Force the ability to create its own new military positions.

Under the House version of the bill, “most of the personnel and assets for the Space Corps would be transferred to the new service from existing forces. CBO estimates that DoD has 22,900 military and civilian personnel who perform space-related activities. Many of those could be transferred to the new service, and thus would not affect net costs. In addition, CBO estimates that the Space Corps would require between 4,100 and 6,800 additional personnel for new management and support positions,” CBO’s report states.

One-time costs associated with the Space Force would occur over an eight-year period, according to CBO, and would cost about $1.4 billion.

Annual costs in perpetuity for the Space Force under the House bill will be between $800 million and $1.3 billion, according to CBO.

“Those new positions would include new personnel to staff various headquarters and combatant commands, and personnel for recruiting, training, management, and other support functions. Those costs would increase over several years as additional positions are filled in phases. Based on information from DoD, CBO estimates that it would take about five years to fully staff the new service,” the report states.

Total annual costs over five years come out to about $2.3 billion.

CBO warns in its report that “there is significant uncertainty associated with CBO’s cost estimates for creating a new Space Corps. Many decisions about the new service would have to be made in the coming years. Decisions about which military units and agencies would be transferred to the new service and whether to repurpose existing infrastructure or construct new facilities would significantly affect costs. Also, CBO’s estimates of the additional costs of establishing a new Space Corps focus on overhead and management costs, and do not include the cost of adding new capabilities. The results of future decisions could make the costs of the new Space Corps significantly higher or lower.”

The Defense Department is already setting up a new U.S. Space Command and a Space Development Agency to help with the operational and acquisition side of the space domain. CBO estimated that adding the two organizations would increase annual costs by as much as $580 million. One-time costs could be as much as $1.6 billion. Those numbers are not taken into account for the Space Force estimate.

Both the House and the Senate versions of the 2020 defense authorization bills create some sort of Space Force.

There are small differences between the two bills that could affect the cost. Those differences will be ironed out in conference if the House passes its version of the bill. The Senate already passed its version.

The Center for Strategic and International Studies put together a comparison chart of the different Space Force proposals.

DoD tried to sell Congress and the public on the Space Force as a way to bring together its multiple space entities.

“If we do nothing and maintain our legacy approach, at least 10 DoD organizations, working on space-based capabilities and architecture, will continue to develop bespoke solutions,” said then-acting Defense Secretary Patrick Shanahan earlier this year. “We need one organization in the lead to develop a department solution.”

He said the most important thing is replacing current space infrastructure so that it is resilient and survivable against adversaries. Creating the force would centralize the space procurement process, making the leadership around buying more consolidated. The Government Accountability Office reported back in 2017 that fragmented leadership over space was causing systems to become more expensive and to run over schedule. 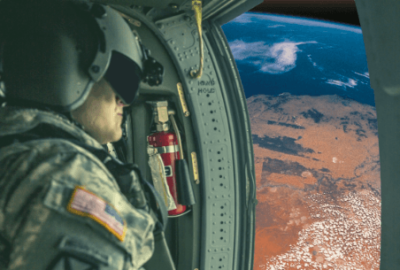 Fate of space force in House NDAA to be decided in open debate, stage set for clash over topline spending

You’ve heard of space force, but what about Space National Guard?