Senators concerned by military leadership of DoD, but will their votes reflect it?

Senators and experts are concerned about the waning control of civilian power over the Pentagon and setting a precedent for establishing generals as defense secretaries. However, few lawmakers seem game to do anything about it when it comes to granting a waiver for another general as Defense secretary.

In a hearing to discuss the repercussions of passing a waiver so a second four-star general can hold the top position in the Pentagon, a handful of senators said they had qualms about the increasing control of the military over the Defense Department, but few pledged to vote against the waiver.

While only three pledged to vote against the waiver, many other senators were not afraid to express their issues with confirming another general as Defense secretary.

“I want to give you an example of why this concerns me so much,” said Sen. Kirsten Gillibrand (D-N.Y.) during a Tuesday Senate Armed Services Committee hearing. “In the wake of the disappearance and murder of Army Specialist Vanessa Guillen, the military commissioned an independent review that investigated the command climate, violent crime and sexual assault and harassment at Fort Hood. It found that Fort Hood has an ongoing crisis of violent crime, sexual assault [and] harassment, and that soldiers don’t trust leaders and commanders up and down the ranks to fix it because they helped to create that climate.”

Gillibrand said the military’s incompetence around the issue made her worried about the trust the public and service members can put in its leaders.

The opposition isn’t about Austin personally. Most of the senators and two gurus testifying on the topic praised him as a person who served the country admirably. The concern is over the role of military officers in a job that is traditionally held by a civilian.

Federal law says a member of the military must wait seven years after leaving the service to hold the defense secretary job. The Senate granted a waiver for former Defense secretary Jim Mattis as President Donald Trump’s first Pentagon head in 2016. Austin retired from the military in 2016.

“It is a dangerous precedent to grant two waivers in a row,” said Lindsay Cohn, assistant professor at the Naval War College, testified. “Many of our most successful secretaries of defense have not only extensive interagency experience, but sometimes also legislative experience. That is simply not the case for a military officer who has spent his or her entire career in the service. The higher you get in the military hierarchy, the more alike those officers are, and many of them come from combat arms backgrounds. That is a certain type of experience that is important and helpful, but I do not think comprehensive in the way that you would want a secretary of defense to have experience.”

Kathleen McInnis, a specialist in international security at the Congressional Research Office, said past generals who served as Defense secretaries ended up being cautionary tales.

“Both the tenures of Defense Secretaries George Marshall and Mattis basically reinforced the concerns of the members of Congress who made the initial seven year statute,” she said. “Both men relied very heavily on their military networks. They seemed to be uncomfortable dealing with political issues, and in Marshall’s case, with protecting the president from an overambitious regional operational commander (Gen. Douglas MacArthur). I do not think that these were shining examples of the best that we can do with secretaries of Defense.”

But now, the Senate is likely to set a precedent of military leadership in the civilian position for a second time in five years, something that was unfathomable when Mattis got his waiver. In a similar hearing about Mattis’ waiver before Trump took office, Kathleen Hicks — who is now Biden’s nominee for deputy Defense secretary — said she could not imagine the Senate would see itself in another situation regarding waivers for 20-plus years.

At the root of the issue is the decline of civilian authority in the Pentagon. The National Defense Strategy Commission wrote in 2018 that there is a years long erosion of power in civilian positions.

“These are longstanding trends,” McInnis said. “Furloughs, headquarters reductions, political appointments, these are issues that go back at least a decade, and have accumulated over time. If we want to see healthy civilian-military relations being conducted on a day-to-day basis, it would argue for paying attention to the health of the civilian workforce, the political appointees and the team that is put in to support whoever the secretary of defense will be.”

Under the Trump administration, there were often more than 10 or 15 high-profile, Senate-confirmable civilian appointments in DoD that were  unfilled. That left important offices just minding the shop and gave more control to the military to deal with policies.

“There is a worrying trend in the American public of over-deference to military expertise and less interest in active self-governance,” Cohn said. “It’s a willingness to turn over decision making to the military. Both of these trends are troubling. They are mutually reinforcing and they should be something this chamber seriously considers as something that needs to be addressed going forward. As Alexander Hamilton warned, if the people believe that only professional military officers understand how to protect them, it is a short step to the belief that only professional military officers know how to govern them.”

Both experts pushed for more civilians in other top DoD positions if Austin is confirmed.

They also said in some ways Austin may be the right person for the job. The Biden administration will need a seamless transition and someone familiar with the Pentagon can do that. Cohn said that Austin’s leadership could also help establish more diversity in the upper levels of the military.

The Senate must decide if Austin is uniquely qualified to lead DoD at this time to warrant a waiver.

Cohn and McInnis said only the senators can decide if now is the time for Austin’s unique attributes.

Austin’s confirmation hearing is set of Jan. 19 and a vote is expected soon after. 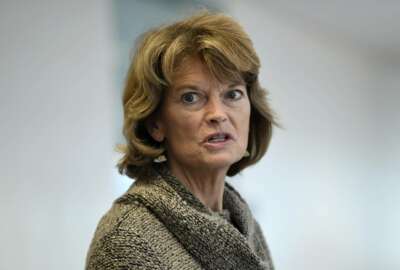 Following Mattis: More in the GOP frown on Trump’s tone 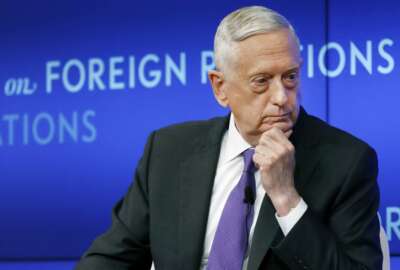 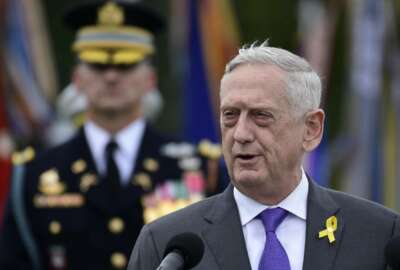