Top commander in Korea bans 7 DoD civilians from bases for breaking COVID rules
Of all the restrictions the Defense Department has imposed to protect its personnel from coronavirus, some of the most stringent — and the earliest — were in South Korea.

There, Gen. Robert Abrams, the commander of U.S. Forces Korea, declared a public health emergency on March 25 after noting that some contractors, civilian employees and DoD retirees there weren’t abiding...

Of all the restrictions the Defense Department has imposed to protect its personnel from coronavirus, some of the most stringent — and the earliest — were in South Korea.

There, Gen. Robert Abrams, the commander of U.S. Forces Korea, declared a public health emergency on March 25 after noting that some contractors, civilian employees and DoD retirees there weren’t abiding by guidance the command had already issued, along with a promise that future violations would be met by two-year bans from U.S. bases on the peninsula.

It’s turned out not to be an empty threat. USFK said seven civilians have been barred from bases since then. Among the most recent: A DoD Education Activity employee who violated rules by dining at an off-base restaurant on Apr. 5, and an Army civilian who did the same on Apr. 11.

Earlier, a contractor at Camp Humphreys had also been issued a two-year ban by returning to the base — reportedly to go shopping — after having been ordered to self-quarantine at home because he had been exposed to the virus. — JS

Agencies move quickly to get COVID dollars on contract

The analysis by GMU’s Center for Government Contracting shows that after President Donald Trump’s March 13 disaster declaration, non-Defense contract dollars obligated just toward COVID-19 efforts jumped to an average of $300 million per day for the remainder of the month. By comparison, those same agencies normally obligate about $500 million per day on all of their contracts. Defense contracts aren’t included in the data, because DoD reports its spending with a three-month lag.

GMU’s analysis also shows agencies were able to get those COVID dollars quickly on contract mostly by using procedures that already exist in the much-maligned Federal Acquisition Regulation. It’s true that the emergency triggered some flexibilities, like an increase in the simplified acquisition threshold to $750,000.

But the data also shows agencies made major shifts toward the simplified procedures the FAR already allows for commercial items. Forty-five percent of their COVID-related contracts used standard commercial item procedures, and another 15 percent used an emergency provision in the FAR that allows those processes to buy a product or service for recovery from an “attack.”

As GMU points out, commercial item procedures usually only make up about 30 percent of those same agencies’ contract spending. — JS

Show me the money

Last week we reported on the American Enterprise Institute’s attempt to keep up with Defense Production Act contracts being awarded to companies all over the nation. While AEI is trying to keep up with all the contracts, holding a watchful eye on the rapid spending of $1 billion is not easy.

Rep. Katie Porter (D-Calif.) wants some more official means of oversight. She wrote a letter to the White House Director of Trade and Manufacturing Policy Peter Navarro asking for “a full list of DPA contracts issued in response to the pandemic, including award date, quantity, per-unit cost, and other information.”

Porter also wants to know how much money remains in the DPA fund to pay for the contracts. Porter said she wanted the numbers by last Friday. — SM

President Trump said on Friday that he plans to nominate Shon Manasco as the Air Force’s number-two civilian official.

Manasco is a former Army officer who last served in uniform in 1997. He’d worked mainly in the banking and energy sectors for 20 years until he returned to DoD, including most recently as the chief administrative officer at USAA, a bank and insurance firm that mainly serves military members and retirees. — JS

Warm up those thumbs

The Air Force is trying to find its best video game players to go head-to-head with civilian gamers at the esports 2020 Evolution Championship Series in Las Vegas. The tournament is an annual fighting game competition that includes games like Street Fighter V: Champion Edition, Tekken 7 and Super Smash Bros. Ultimate.

The military has found that esports are an effective tool for recruiting members of Generation Z into the military. The Army has a robust esports program for recruiting and often sets up booths and gaming events.

Airmen selected for the Air Force Esports Team will attend a virtual trial and selection camp from May 26 to June 5 and a training camp from July 20-29. The tournament runs from July 21 to Aug. 2. — SM

Rep. Jamie Raskin (D-Md.) apparently saw the viral video of marines at Camp Pendleton standing close together waiting for haircuts. Raskin sent a letter to Marine Corps Commandant Gen. David Berger asking him to cut Marines some slack on grooming standards in the time of coronavirus.

“Temporarily relaxed grooming standards would reduce unnecessary close contact between Marines and barbers who are both putting themselves and their families and communities at risk by working in such close proximity to potentially infected individuals everyday,” Raskin wrote.

Reporters brought up the issue to Defense Secretary Mark Esper on April 14. Esper said it was one of the small parts of possibly-needed guidance involving COVID-19 he would have never thought of. The Defense Department has yet to release any new policy on grooming. — SM

Is pandemic money going to the right places?

A contingency of peace-minded organizations say Congress and the White House need to rethink how they are requesting and appropriating with the pandemic relief funds. Organizations like Common Defense, Ploughshares Fund, Public Citizen and Veterans for Peace want to know why the Defense Department is getting more money when it isn’t using its existing resources.

“The Trump administration has been able to find Pentagon resources for non-Pentagon spending when it wanted. By the end of this fiscal year, it will have redirected at least $13.3 billion toward the President’s wasteful, dangerous, and politically motivated border wall,” the organizations wrote.

The organizations states DoD is likely to save money due to the drop in oil prices and could save even more by reforming its contracting and IT processes.

“Appropriating a dollar more to the Pentagon in 2020 would be throwing good money after bad,” the organizations wrote. “We urge you to focus your attention on the national pandemic response and economic relief for people across the United States rather than providing more money for the Pentagon’s already overflowing coffers.” — SM 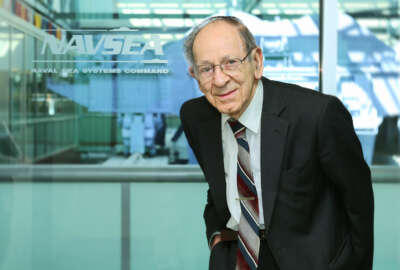