IG: Pentagon disregarded auditors, overpaid contractors by as much as $97M

The Pentagon may have overpaid two of its biggest contractors by nearly $100 million because contract administrators failed to heed to DoD’s own auditors’ warnings about potentially-improper reimbursement claims, according to a new review by the Pentagon’s inspector general.

The Pentagon may have overpaid two of its biggest contractors by nearly $100 million because contract administrators failed to heed to DoD’s own auditors’ warnings about potentially-improper reimbursement claims, according to a new review by the Pentagon’s inspector general.

The IG looked at just a sample of 30 reports the Defense Contract Audit Agency completed between 2016 and 2019 to determine how the Defense Contract Management Agency was responding when DCAA found problems. In 14 of those cases, the review found DCMA appears to have violated the Federal Acquisition Regulation, including by dismissing DCAA’s concerns without adequately documenting the reasons.

In eight specific cases, the inspector general’s office found DCAA had flagged the contractors’ requests for reimbursement as unallowable, but DCMA allowed the reimbursements anyway. Those questioned payments totaled $97 million.

In one example the IG described in a new report, DCAA auditors noted a contractor had improperly charged the government $6 million for a supplemental retirement plan for company executives. Those costs weren’t allowable, DCAA said, because they were tied to salaries above and beyond the caps in federal law on contractor compensation.

The same lead DCMA contracting officer allowed $24 million in costs that DCAA and the IG found were unallowable.

“The remaining $24 million in questioned costs included various types of costs for which the [corporate administrative contracting officer] did not adequately explain why he disagreed with the DCAA,” according to the report. “In most instances, the CACO accepted the contractor claimed costs that were billed to the Government at a higher amount than the amounts outlined in the contract or the CACO accepted the costs based on the CACO’s analysis that was not documented in the negotiation file.”

The inspector general didn’t identify the two contractors involved in the report, saying that DCAA’s audit findings are “pre-decisional” and negotiations over repayment are still underway.

DCMA has agreed to review several of the cases the IG cited in the report and also provide more training to its supervisors.

Specifically, the agency said it would reopen the files DCAA and the IG questioned and make new determinations about whether the costs were allowable, including by consulting with the agency’s legal counsel by the end of June.

It’s not the first time the IG has flagged a possible disconnect between DCAA’s audit work and how DCMA responds to those findings.

In a Jan. 2020 report, the office found that DCAA had recommended penalties for contractors who’d claimed a collective $154 million in unallowable costs, but DCMA decided against penalties on about 28% of those claims, again, without adequately documenting its reasons.

And in 2019, the IG reported DCMA had reimbursed contractors for $22.5 million in executive compensation, even though DCAA had found those costs to be unallowable. There, too, the inspector general found DCMA’s rationale for overruling the auditors was insufficient. —JS

The Air Force is trying to be more transparent in how it assesses its officers as the service continues to update its talent management system to move away from an industrialized model.

Starting in April, the service will follow strict rubrics for how officers can be stratified against their peers. Officer stratification is a system unique to the Air Force, it functions much like class rank in a school, except previously officers could be pitted against basically anyone.

Before the new guidance, an officer could be stratified against multiple groups, including enlisted personnel. That could make their “ranking” vary widely and effect future promotions.

Now the service is limiting who officers can be ranked against to the more even playing fields of grade, command position and duty position. The change allows for a more apples-to-apples comparison of individuals.

For example, if an officer is stratified by duty position they will be competing against other people with the same job. That may include some civilians, who do the same job and are not stratified, but won’t put them against someone who has nothing to do with that position.

“We owe our officers a clear understanding of their performance relative to their peers. Airmen need and deserve feedback on their strengths and weaknesses and on the skills they may need to improve to truly maximize their capability,” said Lt. Gen. Brian Kelly, deputy chief of staff for manpower, personnel and services. “This interim stratification guidance assists with this goal ensuring a standardized practice across the Air Force. It also provides us with a bridge and culture transformation tool as we work toward a new officer evaluation system focused on increased transparency, more direct feedback, and increased performance delineation to support various talent management decisions.”

Going forward, “second lieutenant,” “company grade officer” and “field grade officer” stratifications will not exist. Officers also may not be stratified based on additional duty positions.

Critics of the stratification system say the rankings can be subjective because they are based on how a commanding officers compares airmen. Another critique is that some airmen will get a higher stratification because they may need it over a harder working officer to ensure they get promoted. Some also say that the system makes airmen more focused on getting a better rank, and therefore the possibility of an early promotion, over the actual mission. — SM

House Armed Services Committee Chairman Adam Smith (D-Wash.) needs to get a ball of yarn and some warm milk out for the next year, because he’s going to be spending a lot of time herding cats around the Defense budget.

Smith — whose wry humor has brought mentions of sharks with laser beams and other comparisons about the sometimes-absurd world of Defense acquisition to the Congressional halls — is entering his second term leading the committee.

Last year, he had the conundrum of spending more money than expected, authorizing nearly $750 billion for the military’s coffers after the Trump administration unexpectedly decided to lobby for more Defense funding than the $733 billion many lawmakers rallied around.

This year, Smith is going to have to convince his more hawkish colleagues that after four straight years of Defense budget increases, the 2022 budget should be flat.

“A huge pitch that I’m going make this year is to not obsess about that top line number,” Smith told Federal News Network. “Senate Armed Services Committee Chairman Jack Reed and I both know that having the Biden administration take a flat budget is where we are at and I think we can make that work.”

Opposition to that frame of thought is already in the works, though. House Armed Services Committee Ranking Member Mike Rogers (R-Ala.), along with seven other committee lawmakers sent a letter to President Joe Biden last week lobbying for a 3% to 5% increase in the budget.

“The bipartisan National Defense Strategy Commission recommended an annual 3% to 5% increase above the rate of inflation in the base defense budget to ‘meet the ends the National Defense Strategy establishes,’” they wrote. “Accordingly, we believe an increase of 3% to 5% above inflation in the base defense budget is a prudent amount that will enable the military to stay ahead of evolving threats from our adversaries.”

On the left, Smith will be balancing the progressive side of the Democratic Party as some lawmakers are calling for a cut of up to 10% in the Defense budget. Those progressives are advocating using that money for things like grants for schools and hospitals and building infrastructure.

To make his case, Smith is trying to show that money doesn’t always translate to results.

“I hope people realize that the sheer amount of money you spend doesn’t necessarily make you safe,” he said. “How much money have we spent on the F-35 to not get what we paid for? How much did we spend on the Expeditionary Fighting Vehicle to just watch it go up and smoke?”

Smith set up a Future of Defense Task Force last year, which focused partly on how the Defense Department can spend its money better.

“One of my favorite quotes is, ‘Gentlemen, we’re out of money, now we have to think.’ That is the culture that I really want to try to get out there,” Smith said.

Outside of that high-wire act, Smith said he will continue putting pressure on DoD to change its culture.

“They need to change the way they treat their personnel in such a way that there is less sexual harassment, less white supremacy,” Smith said. “How can we create an atmosphere where we’re actually protecting our personnel? What cultural shifts are necessary to make that happen?”

Smith joined Reed in saying that he, too, is open to taking prosecutorial jurisdiction of sexual assaults out of the chain of command.

The chairman also wants to keep his foot on the pedal of acquisition change.

“I think the culture at the Pentagon right now is very process oriented — fill out the proper paperwork, check the proper box, get approval from these people — then we’re good,” Smith said. “I want to see that culture shift to one that is goal-oriented, what are we trying to accomplish?”

Smith wants the military to promote more creativity while keeping DoD accountable on carrying out the changes to Defense acquisition that Congress mandated. Part of doing that is moving away from parochial interests in how Congress allocates money to DoD and the Pentagon’s emphasis on large weapons systems, he said. — SM 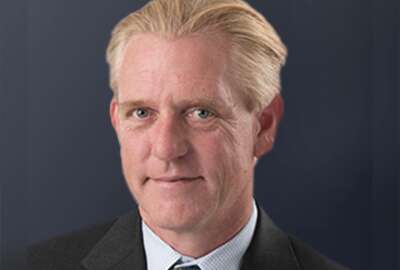 Now’s the time to push for change in Defense contract audit, oversight