Military exchange stores will soon have a whole lot more customers than before after a new Defense Department directive expanded access.

Nearly 600,000 civilian employees who work for the Defense Department and the Coast Guard will now be able to shop in the stores, which are sales tax-free and offer some discounts compared to major outlets.

DoD issued the directive on April 12, the stores have 30 days to comply and let the new civilian...

Military exchange stores will soon have a whole lot more customers than before after a new Defense Department directive expanded access.

Nearly 600,000 civilian employees who work for the Defense Department and the Coast Guard will now be able to shop in the stores, which are sales tax-free and offer some discounts compared to major outlets.

DoD issued the directive on April 12, the stores have 30 days to comply and let the new civilian customers into the stores.

It’s not just working civilians who are gaining new exchange benefits. Civilians who retired from a military department or from the Coast Guard will get access to the exchanges’ online stores, but not to the physical locations. All honorably discharged veterans will now be able to shop online as well.

Verifications for the new benefits are being conducted through the Defense Manpower Data Center. DoD is currently updating its systems.

DoD is also loosening some of its restrictions on family members, shoppers with the benefits can make purchases for dependents.

The privileges do not count for the purchase of tobacco, alcohol or for military uniforms.

DoD started expanding some of its shopping benefits last November.

The Army has taken significant steps in the last several months to smooth the process of moving its applications into commercial cloud environments. And now that some of the basic building blocks are in place, it’s looking into the possibility of hiring a single contractor to handle the heavy lifting of migrating applications and systems en masse.

In a request for information the service issued last week, officials said their initial plans are to use the contract to migrate between 50 and 150 applications to the commercial cloud each year. According to a draft statement of objectives, the winning vendor would have several tasks: Assessing the Army’s existing inventory of applications, proposing ways to get them cloud-ready, and then handling the actual migrations.

The Army is willing to make exceptions, but in most cases, it wants those applications moved into its existing cArmy environment — the enterprise cloud service that’s currently made up of Amazon and Microsoft Azure offerings. And officials want the new contractor to use the Army’s own cloud migration tools to the greatest extent possible, including its Coding Resources and Transformation Environment (CReATE).

The new vendor would work for the Army Enterprise Cloud Management Agency — known until last month as the Enterprise Cloud Management Office. That organization has been working for the past year not just to stand up Army-wide cloud contract offerings, but to relieve individual Army commands of some of the planning and execution work involved in moving their data and applications to the cloud.

In February, for example, the Army earned an authority to operate for a new DevSecOps software pipeline that will automate much of the traditional security approval process and get new applications into the cloud more quickly.

“What we’ve seen is rather than taking 9-to-12 months for a system to move to the cloud, be accredited and then be available, we had one that started February of 2020, and they went operational in May of 2020,” he said during Federal News Network’s DoD Cloud Exchange. “So a three month turnaround timeline for adopting cloud. We’re dramatically cutting down the lead time to become a running capability. That’s critical to get feedback and improve on the resources or the capabilities that we’re fielding within the cloud today.”

While the new contract is mostly focused on application assessment and migration work, the Army also wants the option to use the new vehicle for long-term sustainment of applications once they’ve moved to the cloud, and to train government personnel on how to use the newly-migrated applications.

The Army hasn’t yet indicated a timeline for when it might issue a formal request for proposals, though officials did indicate they’re contemplating a contract of just one year with two additional one-year option periods. The winning bidder will also need to submit a credible plan to transition the work to a new vendor once the contract is over. —JS

Commission pushing to keep STEM foreign nationals in the U.S.

The National Security Commission on Artificial Intelligence is pushing Congress to allow more foreign scientists, engineers, mathematicians and other technology-focused careerists to stay in the United States.

They attached proposed legislated text to their letter that would give lawful permanent residency to any foreign national who graduates from an accredited U.S. institution with a doctoral degree in STEM, is vetted and not deemed a national security threat and has a job offer in a STEM-related field.

“We, as a nation, should reverse the troubling trend of educating the world’s best and brightest only to let them return home to work for our competitors,” the chairmen wrote.

Jenilee Keefe Singer, co-director of legislative affairs for the commission, told Federal News Network that, “There is a lot of discussion on how the U.S. can best position itself in our emerging technology competition, and the Senate appears to be debating and considering ways to better compete.”

She said AI is one of the main areas Congress is considering.

“We have different green card caps for different countries around the world,” Brandon McKee, co-director of legislative affairs for the commission, said. “This is something that the Congress is charged with: either increasing that cap limit or decreasing. I think the Congress is realizing we have to take different measures on this front to move the ball forward. This is just one particular instance, where AI expertise around the world is incredibly thin. That competition is only increasing with each passing year. If we were to lift the limit that would be a huge attraction point for our U.S. private sector, industry, academia and government that would propel us forward in this competition.”

According to Code.org, the United States has more than 400,000 computer science jobs available and only about 71,000 qualified computer scientists are graduating annually to fill the openings.

“We don’t need to look too hard; the talent wants to come to the United States. Our nation’s education system remains one of the best in the world and is a magnet for foreign students seeking advanced education,” the commissioners wrote. “In fact, according to a 2020 Georgetown University Center for Security and Emerging Technology review, approximately 70%-90% of foreign STEM students in American Ph. D. programs, depending on their STEM field, wish to remain in the United States.”

Keefe Singer said the commission will continue to push the recommendations it made in its report until it is officially disbanded in October. — SM

The Army’s latest survey of how satisfied renters are with its on-base housing appears to show conditions are continuing to improve since the crisis of substandard living conditions on military installations leapt into public view two years ago.

The newest quarterly survey, conducted for the Army by the firm Jones Lang Lasalle, indicated renters are more satisfied with their housing than they were a year before. And although the improvements in scores are not enormous, the Army did improve in every single category the survey measured.

For instance, in the survey of 27 installations, an index of responses meant to show how satisfied soldiers and their families are with the quality of maintenance in their homes stood at 77.0 for the first quarter of this year — up from 72.8 in 2020. Likewise, “renewal intent” — which asks whether renters would move into the same community if they were assigned to the same base in the future — scored 68.8 — up more than 5 points from the year before.

But geographically, the responses were uneven. For this quarterly survey, far more questionnaires were sent to troops living overseas than to ones living in the continental U.S., and the survey administrators note that the Army still has work to do in Europe in particular.

There, the survey found that even though scores are also improving across-the-board, each of the “satisfaction indexes” for Army-owned or leased housing in Europe still fall into the “below average” range.

Among those, the Army’s bases in Italy fared the worst, with an overall satisfaction score of 61.6. For comparison, the highest score on the survey went to Fort McCoy in Wisconsin, which received an overall score of 93.6. —JS

In February, the DoD Reporters’ Notebook reported on a Government Accountability Office report that showed women were paying more for clothing in the military. Now a bipartisan group of representatives is trying to do something about it.

All three of the lawmakers chair or are ranking members subcommittees and task forces related to the military or veterans.

The bill would require the military to implement the recommendations made by GAO by the end of 2022 and give women a one-time allowance making up for the disparities in cost up to 10 years.

“Requiring servicewomen to pay more for uniforms than servicemen pay is blatant gender discrimination, pure and simple. The military requires servicewomen to buy swimsuits, dress pumps and other items that are either not required for servicemen or that have less-expensive equivalents for men, and GAO found that servicewomen have been more affected by mandatory uniform changes that must be covered out of pocket by the servicewoman,” Speier said.

Every year the military gives enlisted service members an allowance to replace items initially issued to them. However, some items are excluded from that allowance. The Army does not provide funds for an all-weather coat, while the Marine Crops and Air Force do.

The gap between items excluded from reimbursement was at least double in the Navy, Marine Corps and Air Force.

The Army issues 15 pieces of clothing for both genders that are not reimbursable. However, the cost of eventually replacing those items for women is $642.16, while the cost for men is $382.19.

The bigger disparities are in the Marine Corps and Air Force. In the Marines, women have three pieces of clothing totaling $266.67 that are excluded, while men only have one at the cost of $89.45. The Air Force has six pieces of clothing for women that do not work with the allowance, which sums up to $411.52, while men have five pieces at $132.87.

GAO suggested four actions. One is to develop consistent criterial for determining what is or isn’t a uniquely military clothing item. GAO says DoD needs to have regular reviews on clothing replacement allowances to address out-of-pocket cost differences. DoD also needs to make sure the military services submit uniform changes for review with estimated costs. Finally, DoD needs to review military service uniform changes to look for disparities in cost among genders. — SM 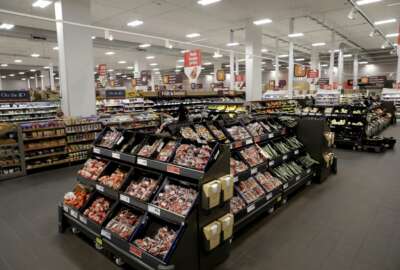 Military commissaries, exchanges will have wider customer base in 2020 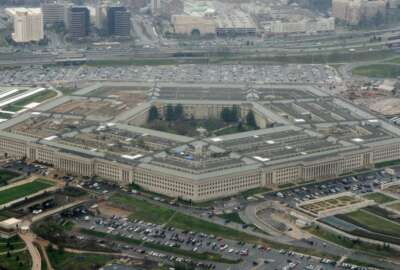