With a partial government shutdown already putting a damper on holiday plans for federal employees, a significant portion of the IRS’s furloughed workforce may have to come into work without pay if the shutdown extends into January, officials with the National Treasury Employees Union said Monday.

“Employees have already been spread thin due to a lack of resources. A shutdown on top of this is demoralizing,” Doreen Greenwald, an IRS revenue officer in Wisconsin, and president of NTEU Chapter 1, said in a conference call with reporters on Monday.  “Employees are concerned about the approaching tax filing season and the effects of the shutdown. We worry about how it may impact our readiness and the ability to do our jobs.”

NTEU President Tony Reardon said the IRS, which furloughed 88 percent of its total workforce under its current shutdown guidance, would require many of its employees to report to work without pay if the shutdown extends into January.

The shutdown, which impacts about 15 percent of the total federal workforce, has already forced some to make tough decisions during the holiday season.

In a survey of nearly 1,600 NTEU members conducted between Saturday and Monday, about 80 percent said a shutdown would impact their ability to pay bills and meet basic living expenses.

“We’re all cutting expenses because we don’t know how long this will go on this time around,” David Arvelo, a health communications specialist at the Food and Drug Administration in the Dallas/Fort Worth area, said during Monday’s call. “We shouldn’t have this kind of worry on the day before Christmas.”

Other federal employees, who remained anonymous, echoed this sentiment in NTEU’s survey.

“I may have to return gifts in order to pay bills and expenses and it is putting a strain on my household,” one respondent wrote.

Nearly 50 percent of the survey respondents said they’ve had to change scheduled leave plans as a result of a shutdown.

With all leave canceled, Arvelo said some FDA employees have been called into work, even though they were previously told, “in informal notices,” that they would be furloughed.

Both furloughed and essential employees typically receive back pay soon after a shutdown ends.

Who will get paid, and when?

However, Arvelo, who also serves as president of NTEU Chapter 254, asserted that federal employees still face financial pressures when they’re not paid on time, as expected.

“The stress takes a toll, and my family already tells me I don’t smile as much, which very much upsets me, because my family is noticing these things, and I was trying to keep it from them,” he said. “I wish that those that are trying to downplay the impact of the shutdown would understand that there are very real and devastating impacts on employees and their families.”

On Thursday, Rep. Scott Perry (R-Pa.) told a Politico reporter that a shutdown wouldn’t have an impact on federal employees, since they’ll eventually get paid back anyway.

“Who’s living that they’re not going to make it to the next paycheck?” Perry asked.

The Office of Management and Budget, for its part, want to make the impact as “painless as possible.”

According to an OMB guidance, federal employees will still receive paychecks on-time for the hours worked prior to the Dec. 22 shutdown.

“As necessary, agencies and payroll providers may finalize the processing of paychecks for the December 9-22 biweekly pay period as an orderly shutdown activity,” the guidance states.

Greenwald said she expects to receive to receive her next paycheck, as scheduled, on Dec. 31. Beyond that, however, the length of the shutdown may complicate matters.

“The first pay period in January would start showing the shutdown hours,” she said.

Does shutdown put IRS at risk for delayed filing season?

Over the last week or so, Reardon said NTEU members have expressed concerns that the upcoming tax filing season may face a delayed opening.

The IRS received about $320 million in FY 2018 to implement the Tax Cuts and Jobs Act in time for the 2019 filing season. But Congress has yet to appropriate the remaining $77 million the IRS expected to receive in FY 2019 to prepare for the added workload of the filing season.

The Treasury Inspector General for Tax Administration already warned, prior to the shutdown, that the IRS faced a risk of a delayed tax filing season.

Delays to the tax filing season have happened before. The IRS delayed the start of the 2014 filing season due to a 16-day shutdown the previous year.

According to the IRS’s current guidance, a shutdown lasting longer than five business days would require the agency to reconsider what operations would remain essential.

“If the lapse in appropriations extends beyond five business days, at the direction of the [Deputy Commissioner for Operations Support], the IRS Human Capital Officer will coordinate the agency-wide reassessment of excepted activities and adjust excepted positions accordingly,” the guidance states. “However, the needs identified in this plan are not likely to change significantly before December 31, 2018.”

The shutdown will likely remain in effect at least until Thursday, when the Senate is next scheduled to convene. The House will stay in recess until the speaker calls members back.

Mick Mulvaney, the Office of Management and Budget director and upcoming White House chief of staff, told Fox News Sunday that the shutdown could “very well” extend into the new year.

President Donald Trump on Dec. 21 already signaled that the partial government shutdown could remain “for a very long time.”

To further complicate the state of IRS operations, Greenwald said most IRS employees remain uncertain about whether they’ll be needed back at work until the day after Christmas.

“Most people won’t even know their instructions until [Dec.] 26, when we’ve been asked to report back,” she said.

The IRS did not immediately respond to questions on Monday regarding how many additional employees would be exempted from a shutdown in January, or whether the agency was considering delaying the start of the 2019 filing season.

(Some) parks open, but facilities closed

The National Park Service has furloughed more than 21,000 employees, and is a mixed bag when it comes to park closures. NPS employees exempt from the shutdown include its law enforcement officials.

“Our folks are out there in harm’s way, and they don’t have the rest of the staff,” Rudy D’Alessandro, an NPS international cooperation specialist, and president of NTEU Chapter 269, told reporters. “Special agents are on their own with limited law enforcement staff from each of the parks that they work in. At this time of year, it’s an added stress on an already stressful job.”

Some parts of Shenandoah National Park, for example, are accessible during the shutdown. However, the agency warned on Twitter, “access may change without notice, and there are no NPS-provided services,” including visitors centers and restrooms.

D’Alessandro said he dissuaded a friend from hiking in Shenandoah on Monday due to the lack of available amenities.

“Your average visitor spends four hours in a [national] park. That’s long enough that you would need a bathroom,” D’Alessandro said. 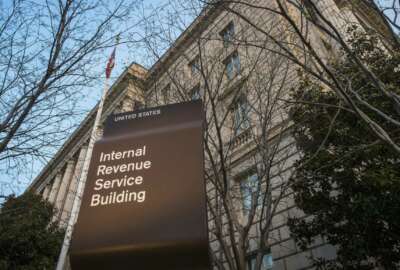 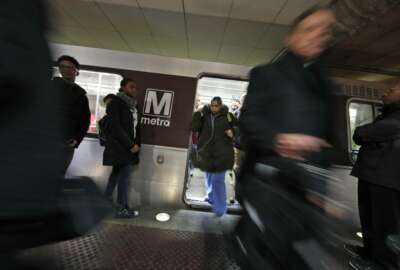 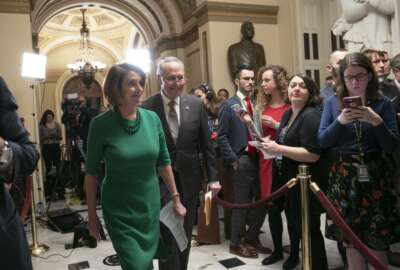