The National Treasury Employees Union is challenging the Trump administration’s recall of tens of thousands of federal employees who are returning to work without pay during the partial government shutdown.

NTEU on Thursday added a third count to its lawsuit filed in the U.S. District Court for the District of Columbia. The lawsuit challenges the constitutionality of the Antideficiency Act and the legal merits of the Office of Management and Budget’s definitions of an “excepted employee.”

The newly added count challenges the administration’s decision to recall more than 46,000 IRS employees back for work without pay. NTEU argued the IRS employees, who will return to work to process tax refunds and perform certain customer service functions, are not considered “excepted employees.”

“IRS employees who process federal tax returns and refunds do not protect human life or property from imminent threat,” NTEU wrote in its complaint.

But from OMB’s perspective, not having the IRS available to issue tax refunds would “thwart the will” of Congress. Performing that work, though not technically funded with a 2019 appropriation, is “necessarily implied by law,” a senior administration official told Federal News Network last week, citing a provision in the Antideficiency Act.

NTEU, however, disputes the administration’s analysis.

“There is nothing in Section 1324 [of the Antideficiency Act] suggesting that the execution of its terms would be significantly damaged in the absence of immediate performance, as OMB has stated is necessary for the necessarily implied by law exception to attach,” NTEU’s complaint reads. “Because the exception does not apply, the incurrence of salary obligations for tens of thousands of employees engaged in processing federal tax returns and disbursing federal tax refunds during the lapse of appropriations violates Section 1341 of the Antideficiency Act.”

NTEU’s lawsuit challenges the approach the Trump administration has been taking in recent weeks to find legal interpretations and workarounds to the Antideficiency Act and alleviate the more noticeable impacts of the government shutdown to the American public.

But from the union’s perspective, those interpretations are questionable.

This most recent count is in addition to the two others NTEU filed with its lawsuit last week.

A federal district judge denied a temporary restraining order NTEU filed late last week as part of this lawsuit, but the rest of NTEU’s legal challenge is still pending.

Second, the union claimed OMB guidance that instructs agencies to obligate certain employees to come to work during a government shutdown violates the Antideficiency Act.

OMB’s instructions on this matter “authorize agencies to designate employees as excepted and to require them to work during a lapse in appropriations, even where their services are not rendered in connection with covered emergencies, but instead involve the ‘ongoing, regular functions of the government, the suspension of which would not imminently threaten the safety of human life or the protection of property,'” NTEU said.

Because the act prohibits agencies from spending money they don’t have, those organizations can’t require certain employees to perform services they can’t be paid for, NTEU argued.

The union had also filed another lawsuit, which is similar to those that several other federal labor organizations have brought to the U.S. Court of Federal Claims.

Those lawsuits argue that requiring excepted employees to work without pay during the government shutdown violates the Fair Labor Standards Act.

AFGE made a similar argument during the 2013 shutdown and won.

Both parties met back in August to review a proposed methodology for calculating the damages, according to the most recent status report on the matter. Attorneys for the plaintiffs asked for information about the proposed methodology, while federal attorneys are working with agencies to quickly gather necessary payroll data for the impacted employees.

Federal employee lawyers are also contacting plaintiffs who likely won’t receive liquidated damages based preliminary determinations. Once both parties agree to the methodology and collect all outstanding data, a consultant can begin to calculate damage payments.

The next update on the status of the damage calculations is due Jan. 21. 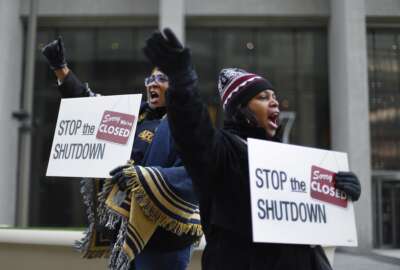 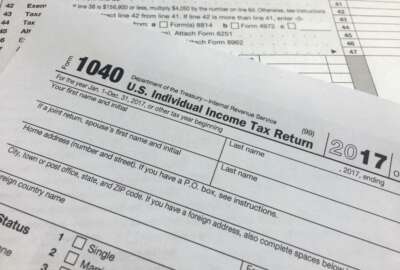