Former U.S. Ambassador to Malta Gina Abercrombie-Winstanley remembers training for the State Department’s Board of Examiners, which oversees testing to join the Foreign Service, and hearing that “African-Americans have cognitive difficulties with large amounts of reading material.”

At one point in her tenure on the board, Abercrombie-Winstanley told members of the House Foreign Affairs Committee she was only one of two full-time African American assessors out of 30.

She said her colleague recently left the...

Former U.S. Ambassador to Malta Gina Abercrombie-Winstanley remembers training for the State Department’s Board of Examiners, which oversees testing to join the Foreign Service, and hearing that “African-Americans have cognitive difficulties with large amounts of reading material.”

At one point in her tenure on the board, Abercrombie-Winstanley told members of the House Foreign Affairs Committee she was only one of two full-time African American assessors out of 30.

Former U.S. Ambassador to Ecuador Peter Romero, also the former assistant secretary of state for western hemisphere affairs, remembers passing the exam to join the Foreign Service in 1977, but an examiner telling him, “for a Hispanic, you write well.”

The Government Accountability Office reported in January that the State Department’s workforce has grown more diverse over the past two decades, but found that diversity has not filtered up to the agency’s higher ranks.

While GAO found that racial and ethnic minorities make up 32% of the State Department’s workforce in 2018 – up from 28% in 2002 – the proportions of African Americans and women have fallen.

Meanwhile, the watchdog office said the State Department remains less diverse at the GS-13 level and above in the Civil Service, and at all ranks of the Foreign Service. GAO also found that minority workers were 16-to-42% less likely to receive promotions than white employees.

The State Department has recognized diversity challenges across multiple administrations, and Brian Bulatao, the undersecretary for management, is leading an agency task force to draft its next workforce and diversity strategy that will set goals through 2024.

But Jason Bair, the director of GAO’s International Affairs and Trade team, said the agency’s report from January reflects many of the same underrepresentation issues identified in a similar report from 1989.

“We’re identifying some of the same issues. This is not a new issue, it’s a longstanding issue,” Bair said. “You need to get to the root causes of what exactly is going on, so you can design tailored solutions to address those. You do that by peeling back the layers of the onion to understand exactly what’s going on, and this is really where it’s time to move from words on paper to making actions that you can assess to actually demonstrate impact for improving diversity and inclusion at the department.”

“People across the globe are protesting systemic racism. That’s also true of America’s diplomats. Foreign service officers and former U.S ambassadors, particularly Black diplomats are speaking up about not be treated with respect and calling out a good-old-boy culture that held them back,” Castro said.

Amid these internal conversations at the agency, and amid a national conversation about race in the United States, these former State Department employees gave the committee recommendations of what the agency should address in its upcoming report.

Abercrombie-Winstanley recommended at least two of the four assessors that examine new Foreign Service candidates should come from underrepresented communities.

Romero suggested the State Department create a diversity and inclusion “scorecard” that measures how well supervisors recruit, retain, promote and provide professional development to their employees. Bonus pay, he said, should be given to those with high-rankings on the scorecard.

Abercrombie-Winstanley urged Congress to consider elevating the agency’s chief diversity officer to report directly to the deputy secretary’s office. She also told the subcommittee that the State Department should include “inclusion promotion” among the necessary skills for agency employees to move up the ranks.

This change, she said, would help employees understand that these skills are “career-enhancing” and not just “words on paper.”

“Though we say we value diversity and inclusion, no one is judged or rated on their ability to raise the performance of underrepresented officers, or help them attain promotions or assignments,” she said. “No one gets promoted because they improved the quality of decision making by expanding the diversity of viewpoints and backgrounds brought to the table. No one is judged and held back because their bureau, embassy, office or section lacks inclusion.”

“Too many racial and, ethnic minorities and women have resigned in the early and mid-ranks. There has not been even a minimum of follow up to determine the reasons, let alone systemic patterns that must be addressed,” he said.

Castro said the State Department should make retention as high a priority as hiring, and urged the agency to consider improving its exit interview process.

“Representation matters not only because it’s fair and just, but also because it leads to better outcomes,” he said. “Foreign policy informed by diverse experiences will be smarter, more strategic, and build relationships that produce better results.”

Rep. Brad Sherman (D-Calif.) whose wife is a Foreign Service officer, said a more diverse Foreign Service not only better reflects the country’s demographics, but also undercuts “the propaganda of our enemies who say that America is a place of discrimination and caste.”

“Obviously nothing defeats that argument more than people high-level in our State Department serving aboard and illustrating the opposite,” he said. 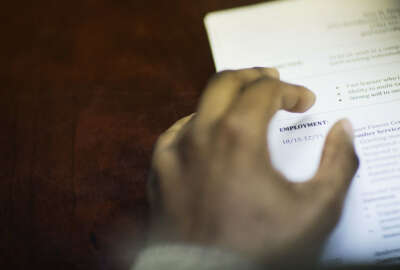