The presidential transition will not impact many federal employees’ decision to retire, but some say that decision may depend on the candidate who takes office — and the changes he or she might make to the federal retirement system.

Federal News Radio’s exclusive survey of retirement-eligible federal employees found 46.7 percent of the respondents said the transition would not impact their plans to retire.

With 41 years of federal experience, he plans to retire from his agency in January, after he recently put the last of his kids through college. He said the transition didn’t play a role in his retirement plans, but financial decisions did.

Out of the 355 retirement eligible respondents to our survey, 35.3 percent said the transition would have an effect on their plans.

A 42-year Environmental Protection Agency employee, Linda, who also requested that her last name not be used, has been through several presidential traditions in the past. The beginning of the administration for President Ronald Reagan was difficult, she said, because she knew about a reduction in force (RIF) list at the time at EPA.

“I was much younger then, and I thought everything would work out,” Linda said.

But in 2016, she’s not so sure. Many upper-level managers within her division are retiring, and the workload for her and her older colleagues is growing  while the agency hires temporary employees to fill the gaps, she said.

“I don’t see it getting any better with the transition,” Linda said. “I think this one will be worse, because people don’t see the value of government employees anymore.”

For Linda, the upcoming transition presents more unanswered questions about her pay and benefits — regardless of the election outcome.

She plans to retire April 1.

“Why train new people?” she said. “Why worry about what Congress is going to do? Why would I want to wait around for that? I see it being a very rocky transition, and I see us just being scapegoats.”

A few others expressed a similar, “get-out-now” mentality.

“Neither leader seems interested, nor does Congress, on the impact of the current law that is ‘sequestration round II,’ one respondent wrote. “I have absolutely no desire to live that pain, and since the leadership doesn’t care and I can leave, I am.”

About 18 percent said they were not sure how the change in administration would impact their retirement and said their decision would likely depend on the outcome of the election.

“If [Democrat nominee Hillary] Clinton becomes the new president, I will plan to continue working for at least two more years,” another respondent, who works for the National Science Foundation, wrote. “If [Republican nominee Donald] Trump wins, I may retire sooner, especially if his administration shows little to no interest in supporting my agency.”

And many respondents said their decision would likely depend on the budgetary climate and whether the future president makes changes to federal employee pay and retirement benefits.

“It depends on what the new administration’s policies for federal workers are,” one GS-14-15 said. “If I perceive them to be negative, I will more than likely retire.”

For those respondents who said the transition did not play a role in their retirement decisions, many said financial reasons and job satisfaction would impact their plans instead.

“In this economy and times of financial uncertainty, I opt to continue working as long as I’m mentally and physically able,” one person wrote.

“I like to finish what I start,” another respondent said. “[I] plan to retire after my big project is complete. I may need to tweak slightly if the stock market goes south but am generally in good shape.”

Nearly 48 percent of those respondents agreed with the statement: “I’m ready to retire, transition or not.”

“I have enjoyed my federal career,” one person wrote. “I was eligible to retire five years ago but have stayed because I like my work. I will probably retire this next year. I will go on my own terms. Nothing the presidential candidates say or do will change what I plan to do.”

The federal human capital community had long predicted an impeding “retirement tsunami,” as roughly 30 percent of the federal workforce is eligible to retire by September 2017, according to the Government Accountability Office.

So far, the “tsunami” hasn’t quite hit, as the impacts of the Great Recession forced many workers to delay retirement in some cases.

But Ron Sanders, a member of the National Academy of Public Administration’s human capital discussion group, believes that retirement bubble could burst for an “unusually large number of career executives.”

Federal retirement data from the Office of Personnel Management shows few discernible trends in the number of retirements during election years.

Sanders, who has experienced many transitions as a career executive and former chief human capital officer, isn’t predicting a mass exodus in January. But the federal workforce is unlike any other during previous transitions, he said.

“We’ve never seen a circumstance quite like we’re going to see this fall, next winter, next spring, next fall, where we have such a significant senior executive retirement bubble,” Sanders said. “Retirement propensity patterns may get thrown out the window because we’ve had so many people postponing retirement for various reasons. The economy, the administration, whatever it is, lots of people have been postponing that decision.”

It will be several months before political appointees are confirmed and begin their jobs in earnest, he added. But once they start to develop their own agendas and priorities, Sanders said he could see more career feds considering their options.

“Then the clock will start ticking,” he said. “Let’s get the appointee through the transition. He goes through all of the briefing books, helps set the agenda, but then I think career executives are going to be asking themselves, ‘am I in this for the next two or three years or not?'” 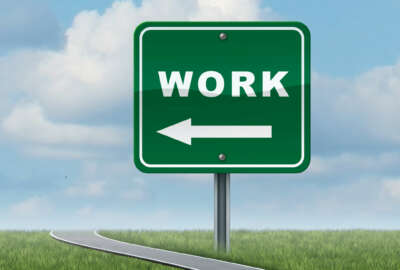