President-elect Donald Trump had called for big plans to shake things up at the Veterans Affairs Department. He said he wanted “to make the VA great again.”

Yet in the end, Trump chose a VA insider, Dr. David Shulkin, as his nominee to lead the second largest government agency.

President-elect Donald Trump had called for big plans to shake things up at the Veterans Affairs Department. He said he wanted “to make the VA great again.”

Yet in the end, Trump chose a VA insider, Dr. David Shulkin, as his nominee to lead the second largest government agency.

Veterans service organizations and the American Federation of Government Employees, which represents 230,000 VA employees, say they’re surprised by the move. It seems to show a step back from Trump’s initial rhetoric about the agency.

And by retaining Shulkin, who oversees 1,700 medical sites and 300,000 people in his current post, the department will have someone who already believes in its mission, has a vision for the future and can provide some continuity between VA Secretary Bob McDonald’s transformation efforts and the new administration.

“Shulkin seems to really believe that VA does the best job for veterans and that it provides the best quality of care,” said Marilyn Park, legislative representative for AFGE. “He seems to believe that VA should be the decider of when non-VA care needs to be used. It’s a countervailing force to what we heard, but we really do have some wait-and-see here. The campaign promises and most of the people that he has surrounded himself with in the cabinet seem to be much more in favor of the private sector for many things.”

Shulkin himself pitched a similar idea in 2015, suggesting that the VA alone couldn’t meet veterans’ health care demands on its own and needed to develop stronger partnerships with outside hospitals, clinics and doctors.

“We need to have a formal system of care coordination so that we have the responsibility and know where vets are getting care, that they’re not getting gaps in care or that they’re not having missed appointments,” Shulkin said during an October 2015 interview with Federal News Radio. “This is building an infrastructure to allow patients to get care seamlessly between the private sector and VA.”

Trump, in announcing his pick for VA secretary Wednesday morning, indicated his intention to develop some kind of similar public-private partnership.

“We’re going to be talking to a few people also to help David,” Trump said during a Jan. 11 press conference. “And we have some of the great hospitals of the world going to align themselves with us on the [VA], like the Cleveland Clinic, like the Mayo Clinic, a few more that we have. We’re going to set up a group.”

The department has long had the authority to work with the private sector to cover gaps in care, Park said.

And during Shulkin’s tenure at the department, VA has increasingly purchased care from more private providers, said Phil Carter, a senior fellow and director for the Military, Veterans and Society Program at the Center for a New American Security.

“I think Dr. Shulkin was attractive to President-elect Trump because of this track record, which has steadily increased private capacity without destroying the VA or undermining its quality,” he said.

It’s unclear how much of a role these institutions will play in veterans’ care in the future. But AFGE and many veterans service organizations agree the private sector can play some part in bridging gaps in veterans’ access to care.

“He’s a good person to merge the two ideas,” Garry Augustine, executive director of the Disabled American Veterans’ Washington headquarters, said of Shulkin. DAV is one of the big six veterans service organizations, which met twice with the Trump transition team.

A long wait for a nominee

The VA post was one of the last Cabinet spots the President-elect had left to fill.

“We interviewed at least 100 people, some good, some not good,” Trump said. “But we had a lot of talent, and we think this selection will be something that will — with time, with time — straighten it out and it straighten it out for good.”

Trump’s choice of Shulkin is certainly a shift from the other names that have circulated over the last few months, which at one point included Cleveland Clinic CEO Toby Cosgrove, former House VA Committee Chairman Jeff Miller (R-Fla.) and former Massachusetts senator Scott Brown.

“We weren’t sure where it was going to go,” Augustine said. “We were prepared for anything; so many names have been bandied about. But we were pleased, I believe, that President-elect Trump picked somebody from the current leadership at the VA, because we believe progress has been made at the VA, and Dr. Shulkin has been a big part of that.”

The fact that Trump chose from the current VA leadership shows that the President-elect is “better informed now” about the immense challenges facing the department and how to go about providing supplemental private care to ensure veterans have access to the care they need, Augustine said.

“People’s ideas change as they become more educated about the issue,” he added.

Shulkin has testified often before Congress on VA’s challenges to reduce hospital wait times and presented the department’s plan to revamp the VA Choice Program, which earned cautious praise from some members of Congress but never received congressional authorization in 2016.

He’s a certified internist and a former president and CEO of the Beth Israel Medical Center in New York City, a point that new House Veterans Affairs Committee Chairman PhilPhil Roe (R-Tenn.), a physician himself, said he was pleased to see.

He’s also been a champion of the VA Diffusion of Excellence and the VA Innovators Network, programs within the department that encourage employees to develop their own ideas about ways to improve a tool or process for veterans or their fellow colleagues.

If confirmed, Shulkin will be the first VA Secretary without military experience.

Some VSOs might take issue with that point, but Augustine said he doesn’t see it as a problem. He was part of a team who interviewed Shulkin for the undersecretary position in 2015.

“He gave a very honest answer when we asked him why he wanted to take on this job,” Augustine said. “He said he’s been very successful in his life, he’s a doctor, he has a great family, he had a great job, but at this point in his life, he wanted to give something back to the country because he didn’t have the opportunity to serve.” 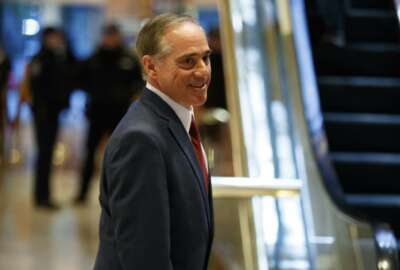 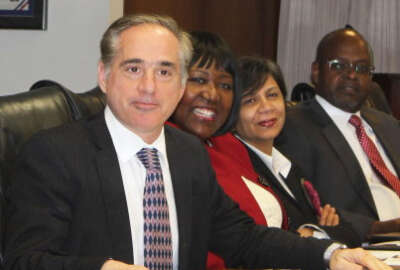