The Environmental Protection Agency sits front and center on the federal budget chopping block, but it might have found some unlikely fiscal allies.

EPA Administrator Scott Pruitt appeared before members of the House committee to defend the White House’s proposed $5.7 billion budget for EPA in fiscal 2018. That’s a 31 percent cut from 2017 numbers. The coming fiscal year proposes 11,611 FTEs, a reduction of about 3,800 positions from last year.

The Environmental Protection Agency sits front and center on the federal budget chopping block, but it might have found some unlikely fiscal allies.

EPA Administrator Scott Pruitt appeared before members of the House committee to defend the White House’s proposed $5.7 billion budget for EPA in fiscal 2018. That’s a 31 percent cut from 2017 numbers. The coming fiscal year proposes 11,611 FTEs, a reduction of about 3,800 positions from last year.

Rep. Tom Cole (R-Okla.), who sits on the House appropriations committee, told Pruitt he would be the first EPA leader in 8 years to come before the committee and get more money than asked for.

“That doesn’t mean you’ll get as much as you’ve had, but you’ll do better than you’ve asked for,” Cole said during the June 15 hearing on EPA’s budget. “Your job is to do exactly what you’re doing, you work for the president of the United States. I would expect you to defend the budget of the president of the United States. But the final decision rests here. In the end, we have the spending authority. We will look at this. It’s important to have the president’s priorities, but at the end of the day Congress will make the decision. I think you’re going to do better than you asked for. That might be a good thing.”

Rep. Rodney Frelinghuysen (R-N.J.), chairman of the appropriations committee, said while he shared some of the frustration directed toward the agency’s “huge bureaucracy,” he also represents a state that is one of the most densely populated and has more Superfund sites than any other.

The Superfund program aims to clean up particularly hazardous and polluted sites. The fiscal 2018 budget proposed a cut of roughly $330 million.

“I know there’s been a proposal here to reduce substantial funding for this program,” Frelinghuysen said. “I would just like to say it’s good to sort of move with precaution and caution before you take too many dramatic steps.”

Pruitt said the Superfund was a priority of the administration because there were so many locations that needed direction and leadership.

“With respect to the portfolio, we’re renewing focus to provide clear direction on how we’re going to remediate and achieve good environmental outcomes,” Pruitt said, adding that while it’s important to make sure there’s accountability from the polluters — who pay for a majority of the cleanup — funding could be an issue.

“It’s something I look forward to talking to Congress about,” Pruitt said.

Stay within the lane

The president’s budget includes $983 million in savings from eliminating programs. It does, however, include $646 million for clean and safe water programs, compared to $978 million proposed in 2017.

The budget plan attempts to reduce duplicative efforts by concentrating on EPA duties not also delegated to states. As such, it reduces funding for the Office of Enforcement and Compliance Assurance to $419 million, a $129 million drop.

The Office of Research and Development would receive $250 million, down by $233 million from 2017.

Rep. Derek Kilmer (D-Wash.) wanted to know how EPA expected the Evergreen State to take on responsibility for Puget Sound recovery, since the 2018 budget would eliminate a Puget Sound cleanup program.

“The budget you’ve produced zeros out funding to support this effort,” Kilmer said. “I’m all for partnership with the states and I agree with the fact that there isn’t one size fits all, but my question is this, why should states and rural communities be stuck holding the bag for the federal government.”

Pruitt acknowledged the importance of state and local expertise, but also pointed out that water and air quality issues cross state lines.

But Rep. Chellie Pingree (D-Maine) said she didn’t see how more cooperation or efficiencies were going to replace the 4,000 employees proposed to be cut from the payroll.

“You said we should celebrate the downturn in [carbon dioxide] levels; those are  because we’ve had higher fuel efficiency standards and because we’ve invested in clean energy, but your budget does all the opposite,” Pingree said. “About 100 employees at out [Maine Department of Environmental Protection] are funded through the federal government,” Pingree said. “We don’t get that money back if you take it all away.”

“We did lose over 10,000 direct jobs of coal mining; good jobs,” Jenkins said. “We put so many people on the unemployment line because of the actions of the prior administration and the prior EPA administrator. I know I have been working here in this committee to try to use the power of the purse to influence the direction and the work of the EPA and the policies, and I simply want to say thank you for creating signs of hope and opportunity for the hardworking people of West Virginia.”

The EPA administrator told lawmakers the cuts to personnel would come from “attrition, continuation of the hiring freeze and initiation of voluntary buyouts.”

“About 20 percent of the agency is eligible for retirement today,” Pruitt said. “That’s going to increase over the next several years. As you know, we’ve talked about having up to $25,000 per employee that seeks to retire. That’s how we’re going to address the proposed cuts to personnel.”

Pruitt said half of EPA’s employees are spread out in regional offices around the country, while the other half work in the agency’s Washington, D.C. headquarters.

“The regional concept is very important because you want offices dispersed across the country, partnering with states, and those across the country to ensure we’re working together in a partnership format,” Pruitt said. “This regional concept is very important, but as far as the personnel reduction, those are the steps we’re taking to address the proposed budget.”

That partnership with states is an important factor to those concerned about appropriating funds to EPA. During his testimony, Pruitt reminded lawmakers of his three core  principles for operating and making decisions at the agency: focusing on rule of law, process, and respecting the role of the states.

“As you know very very well, a one-size-fits-all strategy to achieve environmental outcomes doesn’t work,” Pruitt said. “What may work in Arizona may not work in Tennessee, and I recognize that the states have unique environmental challenges and needs, and I will continue to engage in meaningful discussion with you about how shared environmental goals related to these outcomes can be achieved.”

Rep. Harold Rogers (R-KY) asked Pruitt what he was going to do about the “culture of overreach” at the agency, to which the administrator said when an agency like EPA acts in a way that’s not authorized by Congress, it creates uncertainty in the marketplace.

Outside of the Capitol Hill proceedings, federal employees unions continued to criticize the budget for reducing personnel and thus thinning the number of people working to protect public safety.

National Treasury Employees Union National President Tony Reardon said in a statement that the cuts threaten not only “the economic security of the families of those laid off employees, but also the ability of the agency to enforce our clean air and clean water laws and protect the environment for future generations.”

“I’m grateful that some members of the House Appropriations Committee are aware of the potential harm and spoke in favor of keeping these highly educated and committed civil servants on the job in communities throughout the country,” Reardon said.

“Working people at the EPA take no sides when it comes to politics,” Cox said in a statement. “They only want to follow through on their agency’s mission. They’ve dedicated their careers to making sure we all have air and water that is free of dangerous pollutants. If we want to continue to protect generations of Americans from air- and water-borne illnesses, we must fight against the President’s 2018 budget, and save the EPA.” 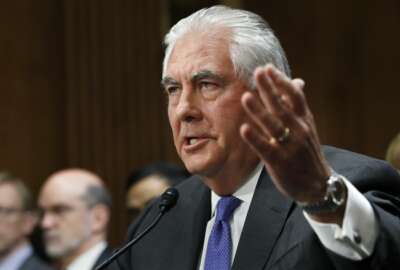 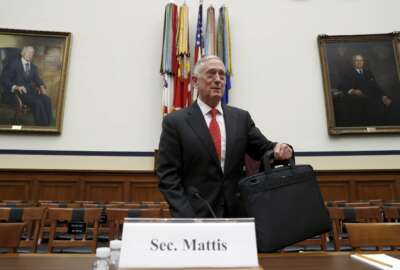