The Postal Service is filling up its leadership ranks, and is close to having its first fully staffed Board of Governors in more than a decade.

USPS is naming its Chief Human Resources Officer Doug Tulino to serve as deputy postmaster general, a position left vacant for a year.

Meanwhile, previous Deputy Postmaster General Ron Stroman will rejoin the agency by serving on its Board of Governors. The Senate approved his nomination Wednesday in a...

The Postal Service is filling up its leadership ranks, and is close to having its first fully staffed Board of Governors in more than a decade.

USPS is naming its Chief Human Resources Officer Doug Tulino to serve as deputy postmaster general, a position left vacant for a year.

The Senate on Thursday also approved the nomination of Amber McReynolds, the chief executive officer of the nonprofit National Vote at Home Institute and the former director of elections in Denver, as a member of the board. The Senate voted 59-38 for McReynolds to serve on the board through December 2026.

Senate Homeland Security and Governmental Affairs Committee senior member Tom Carper (D-Del.), the author of several postal reform bills in recent years,  praised the confirmation of Stroman and McReynolds, saying both recognize “the dire need to get the Postal Service back to its core mission: Reliable, affordable, and on-time mail delivery service for Americans across our nation.”

President Joe Biden’s third pick to serve on the board, Anton Hajjar, a former attorney for the American Postal Workers Union, is on the Senate’s calendar and is expected to receive a confirmation vote soon. If confirmed, the board would be fully staffed for the first time since 2010.

Tulino, a career USPS employee with more than 40 years working at the agency, will stay on as its CHRO while taking on new responsibilities as deputy postmaster general. In this dual-hatted role, he’ll continue to oversee labor relations, human resources management, organizational development, compensation and benefits, as well as recruiting and hiring.

Tulino and the new governors will help USPS move ahead with its 10-year reform plan and will help the agency deal with persistent challenges with on-time mail delivery. USPS delivered 78% of first-class mail on time in the second quarter of 2021, compared to 92.18% for the same period last year.

The average delivery time for a first-class piece of mail was 2.9 days in the second quarter, compared to 2.3 days for the same period last year.

DeJoy said Wednesday that Tulino holds a “deep knowledge of the opportunities and challenges before us,” which has earned him trust within the agency’s ranks.

“Now as deputy postmaster general and CHRO, he will play a pivotal role in ensuring the Postal Service has the culture, talent and stability necessary to become the high-performing service organization it aspires to be,” DeJoy said in a statement.

This marks the latest in a series of recent career moves for Tulino. He accepted the CHRO position last November, and previously served as the vice president for labor relations for 15 years. In that role, he oversaw contract negotiations, collective bargaining and communications with management associations.

Tulino, in this dual-hatted role, will tackle different topics than what Stroman focused on during his tenure, which ended last May.

As deputy postmaster general, Stroman led government affairs and international mail issues for USPS, and worked with state and local officials to oversee the expansion of vote by mail.

Working with the Trump administration and the State Department, Stroman also negotiated profitable rates for small international packets and prevented the U.S. from leaving the Universal Postal Union. 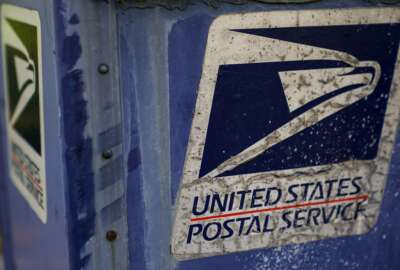 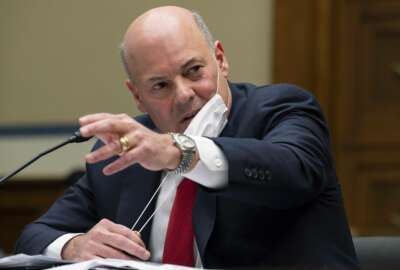