Civil service reform: Round up the usual suspects

Nearly four decades and seven presidents since one of Jimmy Carter’s proudest accomplishments — the Civil Service Reform Act, the team of President Donald Trump is set to take a crack at overhauling the government bureaucracy. Some would say keelhauling.

Whereas President Barack Obama said he hoped to make government service “cool again,” Team Trump, on the other hand, is more likely to bring heat to bear on what it and many others consider creaky, 19th Century practices.

When they are finalized and packaged, changes are likely to cover the ‘reform’ waterfront from modernizing hiring and tenure to procedures used to more quickly remove poor performers. The difference from Carter, both Bushes, Clinton and Obama is that many of the current players, similar to those during the Reagan administration, really dislike major chunks of the government and apparently most of the people who work for it.

Recommending the abolition or merger of departments and agencies is standard operating procedure for reformers. This includes recommending use of procedures such as the 1876 Holman Act, which allowed members of Congress to pick off or cut the pay of individual civil servants. It was last used during the Great Depression and while unlikely to happen, it shows the detail some politicians are suggesting to reform — as in maybe fire you and your bureau chief — in the name of efficiency.

Ideas for the new reform efforts will come from Congress, mainly conservative House Republicans, the White House, Office of Management and Budget, the Office of Personnel Management and conservative think tanks who have been making lists of reforms for decades. OPM Director Jeff Pon, who spent most of his federal and public career in human resources, will be the spearpoint.

In an interview for the August issue of NARFE Magazine, Pon was praised for his kind words about the civil service but said they were in stark contrast to statements from the administration about the government and the drain-the-swamp campaign. Asked “how do you reconcile changing benefits and implementing a pay freeze, both of which negatively impact employees; take home pay, with the desire to celebrate the work they do?” Pon replied:

“Simply put, we must build a civil service that prepares us for the future. Our pay and retirement packages, which were enacted more than 40 years ago, haven’t kept pace with the private sector. They are inflexible, financially unsustainable, and don’t give individuals the ability to move easily between private-and-public-sector positions. We can … develop pay and benefits packages that respect and celebrate our federal employees while accommodating the flexibility and mobility of the next generation of civil servants.”

So, why is it that some longtime career civil servants wince when management uses the terms “flexibility” and “mobility?”

Orcas, belugas and narwhals are commonly called whales but actually belong to the oceanic dolphin family. Dolphins are considered “re-entrants” because they descended from land-dwelling mammals, as evidenced by the way their fins formed similar to legs and toes. 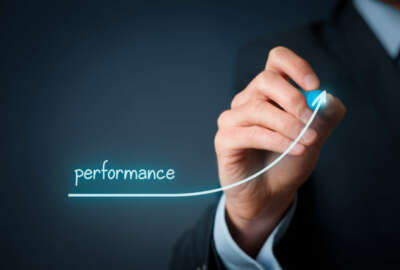 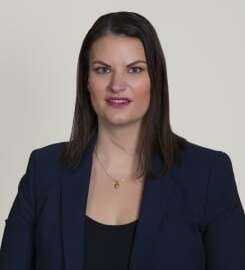