Shutdown game of chicken: What’s in a word?

Does the timing of your Christmas season paycheck hinge on semantics, like a single word could determine whether it is on time or long-delayed? Could long-time politicians who regularly play chicken, and get burned, by shutting down major chunks of the government at critical moments do it again this year?

Are they really that dumb? Sorry, I hate rhetorical questions.

Does the timing of your Christmas season paycheck hinge on semantics, like a single word could determine whether it is on time or long-delayed? Could long-time politicians who regularly play chicken, and get burned, by shutting down major chunks of the government at critical moments do it again this year?

Are they really that dumb? Sorry, I hate rhetorical questions.

President Donald Trump has said he’s willing to shutdown the government Dec. 21 unless Congress gives him $5 billion to build the wall between Mexico and the U.S. Many congressional Democrats have said they can’t vote for something that would be like the infamous Berlin Wall of the Cold War, but they might be willing to vote for something else.

Could the likelihood of a government shutdown or a coast-to-coast barrier depend on what we the U.S. decide to call it? Would Congress go for a $5 billion fence, or barrier? Some so-called Washington experts think it might work.

During the Cuban Missile Crisis in October 1962, the world was literally on the brink of war. The U.S. discovered Soviet missiles in Cuba that were capable of hitting every major U.S. city except Seattle, with more on the way by ship. The Kennedy administration felt it had three options: Bomb, bomb-and-invade or blockade Cuba at sea, which would have been an act of war. President John F. Kennedy upped the odds in a nationally televised speech. He said that any missile launched from Cuba at any nation in the Western Hemisphere would be considered as an attack by the Soviet Union on the United States.

So the U.S. blockaded Cuba. But we called it a ‘quarantine,’ not a blockade. The fact that it didn’t trigger World War III, that we are all still here, proves it worked. What’s in a face-saving word? Plenty, sometimes.

So while not nearly in the same league, politicians could get out of yet another very unpopular, stupid and pointless government shutdown by calling the wall a barrier, or something similar. If this sounds too silly for words, remember that we are talking about Washington here.

While we’re dealing with pre-holiday jitters, what’s happening with the White House’s and House GOP’s drive to revamp the Federal Employees Retirement System? The idea is to take the pension plan which covers 90 percent of all current workers and make it more expensive to workers and less valuable to retirees.

Under the original plan employee contributions to FERS would be raised 6 percentage points — 1 percent a year — over the next six years. At the same time, inflation-adjustments for FERS retirees would be eliminated entirely in future. Currently Civil Service Retirement System retirees are due a 2.8 percent cost of living adjustment in January. FERS retirees, under the current diet-COLA system, will get 2.0 percent.

But if the “reforms” are passed by the current Congress there would be no COLA for FERS retirees regardless of how much inflation increases year-to-year.

That brings us back to the shutdown. Today I’ll be talking with Federal News Network reporter Nicole Ogrysko about what’s going on. She covers both Capitol Hill and the White House, and will talk about it at 10 a.m. EST on our Your Turn radio show here on www.federalnewsnetwork.com or 1500 AM in the Washington, D.C. area.

Also on today’s the show is Executive Vice President of the American Armed Forces Mutual Aid Association Retired Brig. General Mike Meese to discuss the new blended retirement system for military personnel. He’ll also give an update on what military members are and should be doing with their Thrift Savings Plan accounts. If you have questions for either guest send them to me before showtime at mcausey@federalnewsnetwork.com. 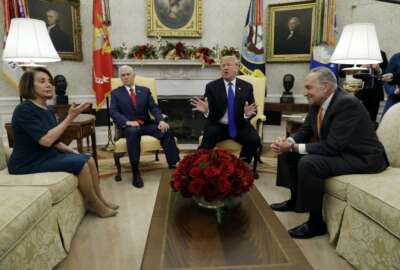 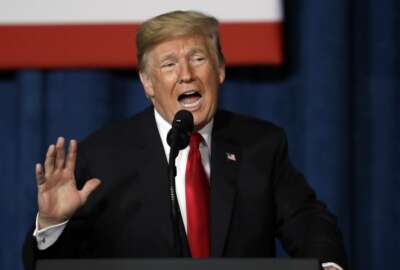 The Latest: Pelosi: Trump thinks Mexico will pay for wall 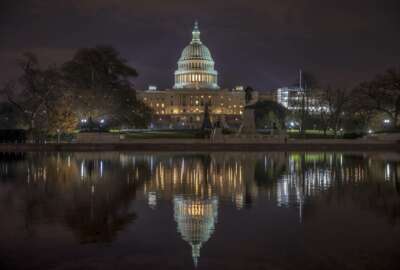