Don’t mess with the US Mail!

In the early 1960s Elvis “The King” Presley did a song called “U.S. Male.” It was not one of his best — not by a long shot — and it has nothing to do with the kind of mail we get, send and increasingly use to vote for our elected leaders.

And yet, 21st Century politicians seeking job security in the form of re-election would do well to listen to it from time to time, especially the...

In the early 1960s Elvis “The King” Presley did a song called “U.S. Male.” It was not one of his best — not by a long shot — and it has nothing to do with the kind of mail we get, send and increasingly use to vote for our elected leaders.

And yet, 21st Century politicians seeking job security in the form of re-election would do well to listen to it from time to time, especially the line, “You better not mess with the U.S. male my friend.” Or, as it turns out, the U.S. Mail, either! This year in particular.

For the past few weeks pundits, columnists and commentators — some of whom wouldn’t know a letter carrier from a clerk or mail handler — have been discovering and dissecting the U.S. Postal Service. The question is can it or will it be allowed to handle millions of expected mail in ballots with different rules, requirement and timetables from various states?

The president says all of the mail ballots except some are subject to being lost, stolen, delayed or stashed by people who don’t want a fair election. Some politicians, after systematically gutting or hobbling USPS, along with other pesky operations like the Internal Revenue Service, say the mail isn’t up to the job this November. Wonder how they deliver all those Christmas cards year after year?

Much of the media is discovering what the public has known since Benjamin Franklin’s time: That the U.S. Postal Service is wildly popular with average Americans who depend on it for checks, prescription drugs and other items that hot shot delivery companies wouldn’t handle. Ask one of them to deliver a letter from Key West to Nome, Alaska, for 55 cents.

Two of the most influential reads for politicians, The Washington Post and The New York Times, have had Page One postal stories daily, along with columns, editorials and regular new stories about the battle over voting by mail and the competence, or lack thereof, of USPS to do the job, especially after orders from high to reduce some operations, curtail overtime, etc.

Sunday’s above-the-fold front page story in the Post was headlined “Trump’s USPS Ire Took Root In 2017″ when, it said, he pointed it out as one of the most bloated of many bloated federal operations. The story said Trump was told by many advisors that the reason he lost the popular vote was because of widespread mail ballot fraud. The story said, “Allies coddled Trump by telling him the reason he lost the popular vote … was widespread mail-in balloting fraud — a conspiracy theory for which there is no evidence — and the president’s postal outrage coarsened further.”

Until 1971 the Post Office Department was a cabinet agency. Many if not most people accepted the fact that operations were subsidized for a reason: To connect the nation and give ordinary people — there was life before the internet — a low-cost way to communicate. Since it became a quasi-government corporation various groups have tried, with great success, to skim off much of its business.

The same day The New York Times’ Page One story looked at life in USPS through the eyes of a local leader of the National Association of Letter Carriers union. Since then both papers have had dozens of postal stories. Many columnists have weighed in, most in both papers concluding that the White House is ordering the new postmaster general, a major Trump donor, to “do the right thing” which, critics being critics, translates into setting it up for failure. These include budget cuts on top of a long-standing requirement that USPS, unlike most other federal agencies, pre-fund much of its retirement costs.

The nightly TV news in many big cities features stories of neighborhoods where mail delivery is spotty at best. Surprise, most of these are poor. Film at 11 clips show lines of cars outside of inner city post offices where patrons have come to get their own undelivered mail.

The fact that the Postal Service is one of the largest federal agencies, and the most heavily unionized, is not lost on politicians of either party. Unions, or at least their national executive boards routinely support Democratic presidential candidates.

Even so, many were surprised that the Trump administration via the new postmaster general, announced that plans to “streamline” and save money by eliminating mail boxes, curtailing overtime and getting rid of machines that process tens of thousands of letters an hour, would be put on hold until after the November election. That may or may not be the end of the effort to prove that the U.S. Postal Service couldn’t handle mail ballots this year by directly making sure that it couldn’t, which it now says it can.

Don’t mess with the U.S. Mail.

The Guinness World Record for the largest family reunion is held by the Porteau-Boileve Family, who gathered 4,514 people at Saint-Paul-Mont-Pénit in Vendée, France, on Aug. 12, 2012. The family tree is traced back to Georges Porteau and Madeleine Boileve in the 17th Century. 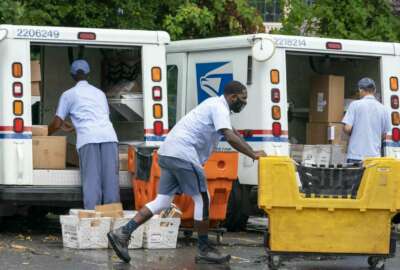 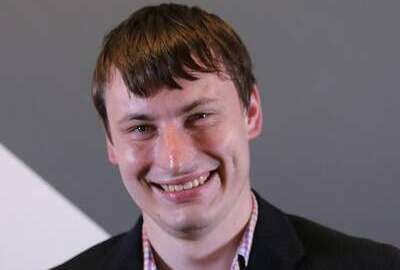